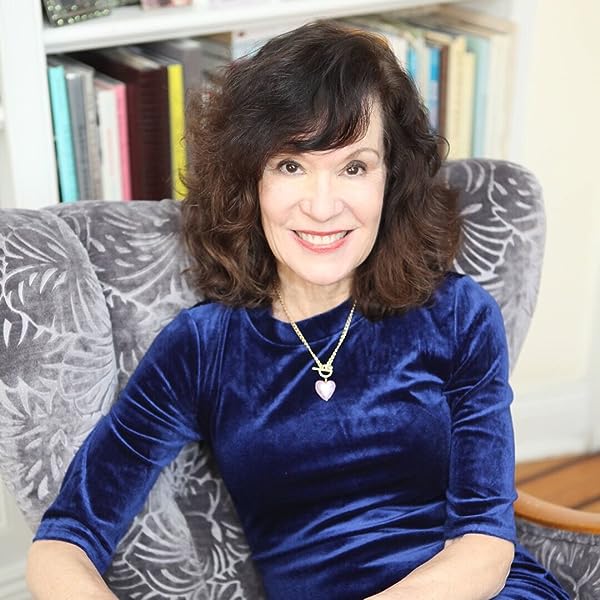 by Sally Koslow (Author), Tanya Eby (Reader)
3.7 out of 5 stars 89 ratings
See all formats and editions
Sorry, there was a problem loading this page. Try again.

The circumstances of Molly Marx's death may be suspicious, but she hasn't lost her joie de vivre. Newly arrived in the hereafter, aka the Duration, Molly, thirty-five years old, is delighted to discover that she can still keep tabs on those she left behind: Annabel, her beloved four-year-old daughter; Lucy, her combustible twin sister; Kitty, her piece-of-work mother-in-law; Brie, her beautiful and steadfast best friend; and, of course, her husband, Barry, a plastic surgeon with more than a professional interest in many of his female patients. As a bonus, Molly quickly realizes that the afterlife comes with a finely tuned bullshit detector.

As Molly looks on, her loved ones try to discern whether her death was an accident, suicide, or murder. She was last seen alive leaving for a bike ride through New York City's Riverside Park; her body was found lying on the bank of the Hudson River. Did a stranger lure Molly to danger? Did she plan to meet someone she thought she could trust? Could she have ended her own life for mysterious reasons, or did she simply lose control of her bike? As the police question her circle of intimates, Molly relives the years and days that led up to her sudden end: her marriage, troubled yet tender; her charmed work life as a magazine decorating editor; and the irresistible colleague to whom she was drawn.

More than anything, Molly finds herself watching over Annabel - and realizing how motherhood helped to bring out her very best self. As the investigation into her death proceeds, Molly will relive her most precious moments - and take responsibility for the choices in her life.

Exploring the bonds of fidelity, family, and friendship, and narrated by a memorable and endearing character, The Late, Lamented Molly Marx is a hilarious, deeply moving, and thought-provoking novel that is part mystery, part love story, and all heart.

Sally Koslow, the author of Little Pink Slips, spent three decades working at women's magazines, most recently as the editor-in-chief of McCall's. Married and the mother of two sons, she lives in New York City. Visit her website at www.sallykoslow.com.
Start reading The Late, Lamented Molly Marx: A Novel on your Kindle in under a minute.

​Sally Koslow is the author of THE REAL MRS.TOBIAS, a sharply funny and big-hearted multi-generational story about the deeply complicated relationships between mothers- and daughters-in-law, told through three women who marry into the same family. This novel will be published by Harper Perennial in September 2022.

Sally's previous novels include ANOTHER SIDE OF PARADISE, also published in France and Bulgaria. Called "stylish, vibrant and colorful" by Kirkus Reviews and "intoxicating" by Publisher's Weekly, this book explores the turbulent love affair of F. Scott Fitzgerald and Sheilah Graham, a gossip columnist during Hollywood's golden era. Koslow has been a featured speaker at the F. Scott Fitzgerald Society's annual conference held in Toulouse, France,

Sally's second novel, THE LATE, LAMENTED MOLLY MARX, became an international bestseller as well as a Book Pick by Target, who selected her third novel, WITH FRIENDS LIKE THESE, as an Emerging Writer Book. THE WIDOW WALTZ, her fourth novel, was praised by Library Journal, calling it "page-turning" and "well-written."Her debut novel, LITTLE PINK SLIPS, was inspired by her long career as the editor-in-chief of iconic McCall's Magazine. Her books have been published in fifteen countries. All are available on Kindle as well as audiobooks. She is also the author of one non-fiction book, SLOUCHING TOWARD ADULTHOOD.

Sally has contributed essays to numerous anthologies as well as and articles to prominent magazines, newspapers, and websites, including The New York Times, O the Oprah Magazine, Real Simple, The Boston Globe, Good Housekeeping, The Forward, AARP Magazine, and Reader's Digest. She works independently with aspiring writers to help them polish their manuscripts and book proposals.

Sally lives in Manhattan but humbly brags that she is from Fargo, North Dakota. She is an honors graduate of the University of Wisconsin-Madison, where she met her husband. They are the proud parents of two sons.

3.7 out of 5 stars
3.7 out of 5
89 global ratings
How are ratings calculated?
To calculate the overall star rating and percentage breakdown by star, we don’t use a simple average. Instead, our system considers things like how recent a review is and if the reviewer bought the item on Amazon. It also analyses reviews to verify trustworthiness.

Betsy Teutsch
5.0 out of 5 stars An Upper West Side comedy of manners - with a mystery twist.
Reviewed in the United States on 24 May 2009
Verified Purchase
The Late Lamented Molly Marx, has just come out and I heartily recommend it. It's a really good read on many levels - interesting, complicated characters with contradictory motives, acting like real people - not always in their own best interests. It's a grand tour of the Upper West Side, through the eyes of Molly, someone longing to be in the game but who is, unfortunately, dead. She watches the drama of her post-mortem from an undisclosed location dubbed The Duration. She has died in a grisly, mysterious bike crash, but it's more of a meta-mystery of human behavior than a typical murder mystery. Sally totally nails our endless interior monologues - Molly can tap into her loved-ones thoughts while she watches her husband, daughter, sister, parents, best friend, lover [yes! lover!], mother-in-law, and the detective assigned to her case all interact, trying to determine what happened to Molly. Since Molly herself does not remember what happened, it is a mystery unfolding for her too.
On a surface level, this is an elegant comedy of manners; well-to-do Manhattan Jewish culture is invoked down to the last bagel, each buttery babke lovingly described. Molly herself was a magazine stylist, and the descriptions are lush - her tall blue hydrangeas in just the right vase, a tour of her upscale lingerie drawer. A fun peek for those of us who are more LL Bean and Bendels, more Costco than Zabars. (When I lived in Manhattan, I could never figure out how that social strata seemed to know all the rules, all played out with perfunctory kisses and hugs.) Molly, hailing from Chicago, is somewhat of an outsider to all this, learning the rules through marrying Barry, an East Side plastic surgeon. He is my favorite character - superficial but aware of it, charming and self-centered, occasionally atoning for his character, adoring Molly while he sleeps with everyone in sight, all orchestrated by his perfectly coiffed, manicured mother.Was there ever a nastier mother-in-law? Not accidentally, she is named Kitty. Watch out for her claws.

These characters will stay with you - and you'll have some great laughs, too. My personal favorite was the newcomer to The Duration, an admissions officer from Princeton, gunned down by the deranged parent of a spurned applicant. Sally's writing is witty and wise.
Read more
One person found this helpful
Report abuse

Ga. Hair girl
5.0 out of 5 stars Lovely surprise
Reviewed in the United States on 9 September 2016
Verified Purchase
What a lovely surprise this book was!
The synopsis intrigued me so I bought the book on kindle.
It was interesting from the beginning but part-way through, I realized: I hated "closing" the book for work, errands or whatever. Her characters are well fleshed and believable and her writing style so fluid and enjoyable. Another author could have made this story too cutesy and glib, but Ms. Koslow did an excellent job of creating a wonderful adult story that touches your heart deeply without the schmaltz.
Kudos, author!
Read more
One person found this helpful
Report abuse

Penny Clause
4.0 out of 5 stars More than I expected
Reviewed in the United States on 9 May 2020
Verified Purchase
I began this book with no more hope than to pass the time. The first time I laughed aloud, about people whose world was completely different from my own, I knew the story was good. There is only one part of the tale I wish had been better clarified. Even so, the laughter and tears the story provided were perfect.
Read more
Report abuse

James H. Joyner Jr.
2.0 out of 5 stars I lamented reading this book...
Reviewed in the United States on 16 November 2009
Verified Purchase
I'm a new mom and was looking for a light read in the evenings to wind down before bed. I saw this book in Real Simple magazine and thought it sounded enjoyable. I felt like I was trudging through it, and like many other reviewers, I kept reading because the book has a mystery aspect that requires you to read to the end to see how she died. It's a not a book that lays clues so you can figure out what happened on your own. In the end it was unsatisfying, I knew what happened but by then I didn't care and I felt frustrated by the ending. I think if you're looking for a book club read I could see the interest in this book becuase it will generate a lot of chatter, still...I can think of better titles. I'd have to suggest you pass on this one.
Read more
5 people found this helpful
Report abuse

Tracey R. Williams
3.0 out of 5 stars Interesting take on death....
Reviewed in the United States on 20 June 2013
Verified Purchase
Told from the point of view of the character Molly Marx who is dead. Was it an accident, suicide, or murder? You will follow Molly through her life up to her death and after as she watches her family try to move on without her. I enjoyed this book and became attached to Molly, but was disappointed with the end. Good story telling until the last bit of the novel. It felt as if the author decided it was time for the book to be over and many things were "quickly" wrapped up...
Read more
One person found this helpful
Report abuse
See all reviews