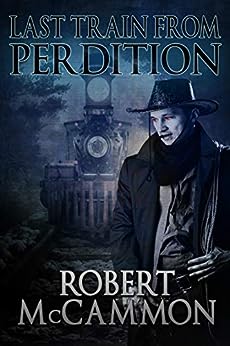 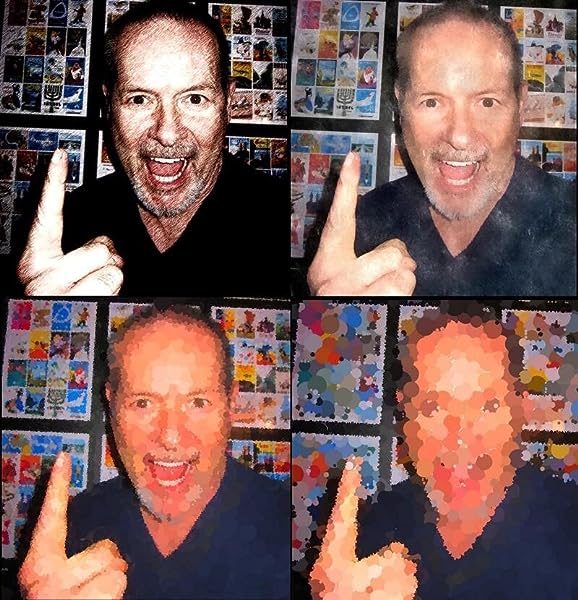 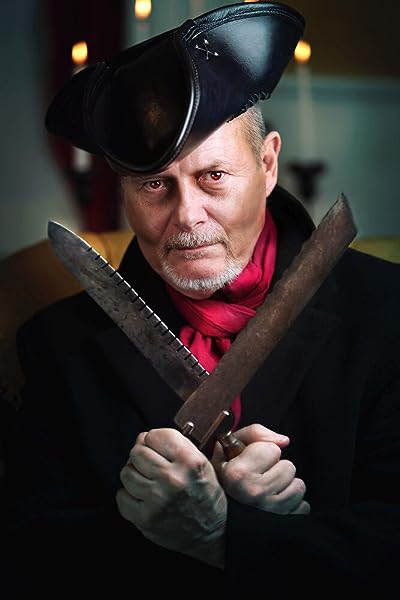 In I Travel by Night, master of horror Robert McCammon introduced the tortured and instantly unforgettable vampire adventurer Trevor Lawson—All Matters Handled—as he searched for his maker, LaRouge, in hope of becoming human once more. It wove a tale about the terrors of the Dark Society, featuring the gothic sensibilities of old New Orleans, and the unforgiving violence of the untamed frontier of 1886. Now McCammon returns to Lawson’s gripping journey and sends him West, in the chilling sequel novella Last Train from Perdition.Ever on the hunt for LaRouge, Lawson still travels by night, but no longer alone. Crack-shot, whip-smart Ann has become his companion, on her own search for her vampire-taken father and sister. Lawson has been summoned from New Orleans and the Hotel Sanctuaire to Omaha by a wealthy man who needs his son retrieved from a band of outlaws. Lawson and Ann agree to take the case and travel to the town of Perdition where they find their prey—but things get complicated fast when a saloon shootout leaves an innocent girl badly injured.On a night train from Perdition to Helena to find medical help, it soon becomes clear that Lawson and Ann’s enemies may also be looking to prey upon them. As they struggle against those forces of darkness with a trainload of their most unlikely allies yet, Lawson also wages battle with the darkness LaRouge left within him. This latest installment in Trevor Lawson’s battle for redemption finds bestselling McCammon at his thrilling best. --This text refers to an alternate kindle_edition edition.

4.5 out of 5 stars
4.5 out of 5
98 global ratings
How are ratings calculated?
To calculate the overall star rating and percentage breakdown by star, we don’t use a simple average. Instead, our system considers things like how recent a review is and if the reviewer bought the item on Amazon. It also analyses reviews to verify trustworthiness.

Edward D. Creighton
4.0 out of 5 stars wonderful
Reviewed in the United Kingdom on 30 December 2020
Verified Purchase
mccammon is my favourite writer. this novella is a return to his horror roots, he had fun writing it, i am sure.
Read more
Report abuse

Richard Hammell
5.0 out of 5 stars Super read. McCammon always on top of storytelling. No matter what genre he always rocks. McCammon allows you to visualize his craft at acute images.
Reviewed in Canada on 31 July 2017
Verified Purchase
Robert McCammon is one of very few writers that I would recommend to anyone that has the gift of breathing.
Read more
Report abuse

DesertGirl
3.0 out of 5 stars Lawson is back, but he doesn't really get to do much
Reviewed in the United States on 6 November 2016
Verified Purchase
I grew up reading Robert McCammon. I believe he deserves everything Stephen King has, because he has just as many triumphs. I prefer his older work to his London series (just a tad boring for me) so when he wrote I Travel By Night, I was very excited. I pre-ordered this book as soon as I could. Gunslinging vampires is something that you'll find all over the place, and I love cross-genre work.

Here is my issue: This is a short story, priced as a full length novel and the first 15% of this new book is rehash. I felt cheated. I read I Travel By Night, I did not need to spend 15% of this new book, re-reading that and then he further rehashes ideas about Lawson again. It's not until 16% or so in that you actually get to a new story. This story is short, takes place in a car of a train with characters that don't really matter. If Lawson and Ann weren't so interesting to me, I wouldn't care at all. I am not sure if this is something being entertained by his publisher or what, but this should have been included with I Travel By Night and been one short novel. These two short shorts are rather silly.

Aside from that, I liked what little I got, once the story began. It just didn't lead me anywhere. Lawson and Ann aren't any further in their journey than they were in the first book. It's just kind of stalled. It's disappointing. I hope if he really cares about these characters he gives them the attention they deserve and not just throw a 'scene' out there and call it a book. He is one of my favorite writers and something leads me to believe his publisher is more interested in these stories than he is.

Oh well, hopefully he gives these characters the story they deserve, so far it hasn't happened. I'll come back to them again if he writes another with high hopes.
Read more
13 people found this helpful
Report abuse
See all reviews
Back to top
Get to Know Us
Make Money with Us
Let Us Help You
And don't forget:
© 1996-2021, Amazon.com, Inc. or its affiliates