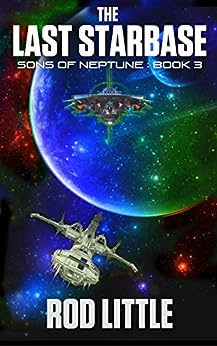 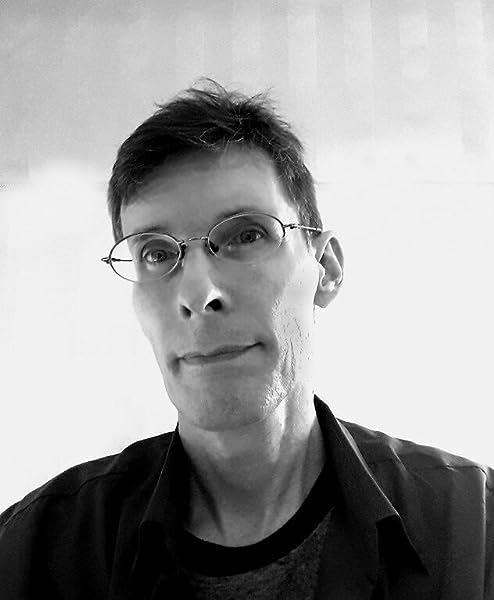 by Rod Little (Author) Format: Kindle Edition
Book 3 of 4: Sons of Neptune
See all formats and editions
Sorry, there was a problem loading this page. Try again.
As the shadow over Earth grows longer, deep space may hold the key.
— In this third installment of the Sons of Neptune saga, Sam and Bohai have gone into outer space with Walter aboard the starship Praihawk to find help from their warlike ancestors, but what they find instead is a lonely starbase - which raises more questions than answers. Meanwhile, Dexter plans to return to Neptune to get revenge on his brother, and to find his wife. On Earth the invasion continues. At the Peak hotel, more survivors are coming to join Shane's group and to fight the aliens in a struggle for survival. As their group expands, not everyone can be trusted within their walls. And the shadow of Lusus, the alien rebel Commander, grows longer every day. Soon he will have the entire planet in his grasp. Time is running out. Saving Earth is no longer an option. Now their only hope lies somewhere beyond the stars. — The thrilling next installment to the Sons of Neptune saga. 402 Pages.
Read more
Previous page
Next page

Rod Little has written science fiction and horror for more than 25 years. His shorter works have appeared in more than two dozen magazines, and he has written four novels, including Earthweeds, Revenge of the Spiders (both part of the Sons of Neptune series), and Wayward Pines: Dark Pines. Currently he is working on the fourth book in the Neptune saga, and a spinoff of the same series. Rod owned the sci-fi store Starbase One in Pittsburgh for 11 years. --This text refers to the paperback edition.

Rod Little has written for horror and science fiction magazines over the past twenty-five years, novellas for the Wayward Pines series, and eleven novels, including Sons of Neptune and his critically acclaimed horror novel, The Whisper Killer, which hit the bestseller list this past year. New releases include a sequel: When Butterflies Scream.

Born in Illinois, Rod later moved to Pittsburgh, PA, and worked as a translator. In 1994 he opened a sci-fi and horror-related gaming store called Starbase One, which he kept open for 11 years, until 2005, when he moved to the tropics to begin writing again.

Michael Thal
5.0 out of 5 stars The Last Starbase: The Search for Home
Reviewed in the United States on 11 June 2019
Verified Purchase
The Last Starbase is book 3 in the Sons of Neptune series. Shane, Sam, and company discover an ancient starship, the Praihawk, buried in the Artic and plan to use it to get help from their ancestors of long ago.

The Peak, a refugee stronghold established by Shane and Sam, is attracting survivors of the alien invasion. But, are all of these people really human and is there a spy in their midst working for Lusus, the alien rebel Commander?

Sam and Bohai, the boy who can communicate with animals, take the Praihawk and push the button that will return it to its home base. After weeks in space, they encounter an amazing starbase at the edge of the Milky Way Galaxy. But there’s one problem—the base is deserted except for an android and a very lonely old man.

Rod Little continues with his writing excellence in this third installment of the Sons of Neptune series. His environmental descriptions keep readers grounded, his character depictions continue readers’ investment in their trials, and his plot is padded with pages of exciting reading.

This reviewer looks forward to book 4, The Boneyards of Nebula, the concluding chapter of the Sons of Neptune, but feels a twinge of remorse—Why do all good things come to an end?

farmerglen
5.0 out of 5 stars Good reading.
Reviewed in the United States on 23 April 2022
Verified Purchase
The was a good book to read as it stated the possibilities that Earth could face in a couple hundred years. I would recommend this book to all that like space stories of a future that could be. Maybe .
Read more
Report abuse

Laura Hall
5.0 out of 5 stars Fast plot turns
Reviewed in the United States on 24 April 2019
Verified Purchase
I was impressed with your character depictions, the quality of description and your high-quality writing in general. Can't wait to read more!
Read more
Report abuse
See all reviews
Report an issue
Does this item contain inappropriate content?
Report
Do you believe that this item violates a copyright?
Report
Does this item contain quality or formatting issues?
Report