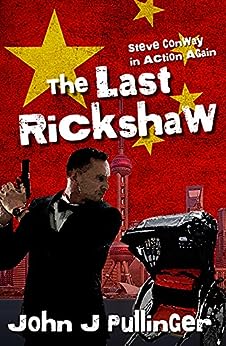 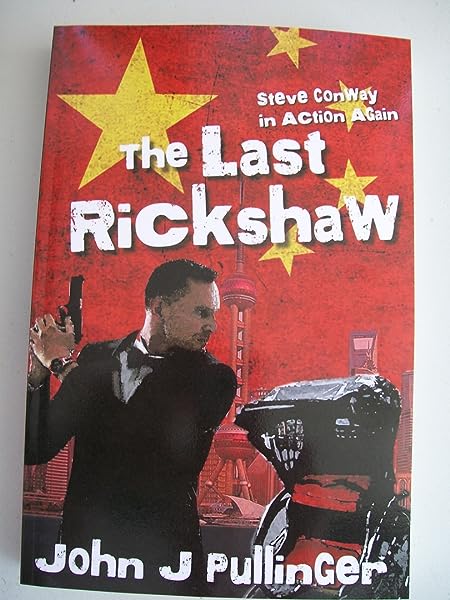 John Pullinger was born and educated in Brisbane Queensland Australia. He has been a Travel writer, English teacher and hotelier. He has lived and travelled widely throughout South East Asia where his novels are set. The first one in a trilogy, an action/adventure set in the Philippines at the time of the "People Power" revolution, "The Last Jeep to Baclaran" has received wide acclaim. The second set in Vietnam, "The Last Cyclo to Thanh Da" was released in November 2011.

The third in the trilogy set in Thailand "The Last Tuk Tuk to Bang Na" was released in November 2012.

Because of customer demand a further book in the Steve Conway Series is now in progress. "The Last Rickshaw" set in China will be released late 2015.

"The Last Rickshaw" has now been released in December 2015 and is available on Amazon as a paperback and ebook.

Odyssey
5.0 out of 5 stars A can't Put Downer
Reviewed in Australia on 21 January 2016
John Pullinger has taken suspense and excitement to a new level in his fourth book, The Last Rickshaw. The explosive adventures of his hero, Steve Conway, the twists and turns of the plot, has a mind numbing feeling that leaves Ian Fleming’s hero struggling. Of course there is no lack of bedroom action as the sensuous Lily demonstrates. A rollicking good yarn that you won’t put down till the last bullet is fired.
Read more
Helpful
Report abuse

The Shakti Witch
5.0 out of 5 stars Fantastic thriller set in Asia
Reviewed in Australia on 6 January 2016
Fantastic thriller set in Vietnam and China. I enjoyed it immensely. Great to see Steve Conway back in action. I'm Hoping for more in this series from this very talented Australian writer.
Read more
Helpful
Report abuse
See all reviews
Back to top
Get to Know Us
Make Money with Us
Let Us Help You
And don't forget:
© 1996-2021, Amazon.com, Inc. or its affiliates