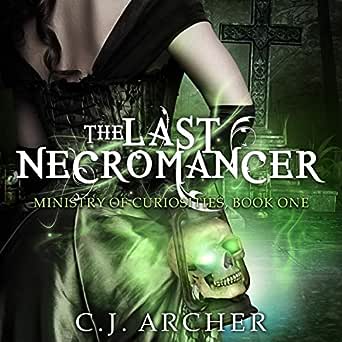 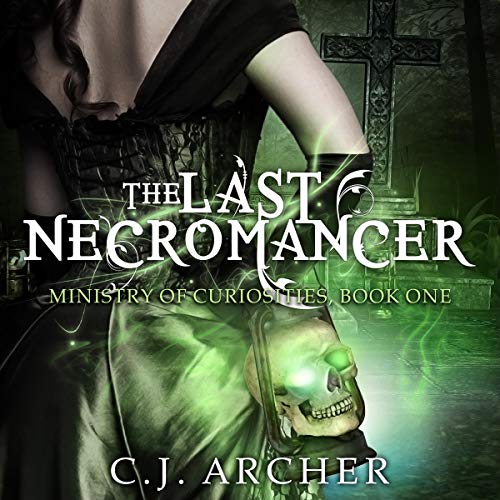 The Last Necromancer: The Ministry of Curiosities, Book 1

iClairius
2.0 out of 5 stars I tried not to spoil it... Release Meee
20 September 2016
Format: Kindle EditionVerified Purchase
I don't know what pisses me off more- the fact that the plot romanticized Stockholm Syndrome, or the blatant defect of the protagonist who overlooked the obvious when she was at Item A, Whitechapel, which is so damn annoying because anyone with a half a brain would immediately go to what she knows. Besides which, she did Item B, despite what the other character said about her 'hero'.. It wasn't something a character like the protagonist would easily forgive and it's more annoying because the author has sold out the seemingly strong female lead, sacrificing a promising plot for a more malleable soppy love story. Ugh.
Read more
4 people found this helpful
Helpful
Comment Report abuse

Leisel T
5.0 out of 5 stars Interesting find of a book
3 August 2017
Format: Kindle EditionVerified Purchase
I was lucky to find this book as a freebie through another new author. I'm not usually into reading this genre but found if fascinating as the author, C.J. Archer, mixed paranormal/ supernatural with a period timing. Especially loved the idea of introducing readers to a well known character of fiction.... sorry can't say more don't wish to spoil it for others. All great characters and yes, some you'll fall in love with and others you'll just detest as the character is so well portayed not to like. Great to read about a strong resilient female character. As I say a fantastic little gem of a book!
Read more
One person found this helpful
Helpful
Comment Report abuse

The Last Necromancer is currently free on Amazon and when I saw it being advertised as a paranormal mystery in the backdrop of Victorian London I thought it would just what I needed to get me out of my reading stump. Needless to say the book delivered!

The Last Necromancer follows Charlotte Holloway, who was born with the ability to talk to spirits as well as the ability to reanimate corpses. When her father became aware of this unnatural ability, Charlotte was thrown out into the London slums to fend for herself.
Five years later, Charlotte or 'Charlie' is a woman of eighteen, impersonating as a teenage boy and pick-pocketing to keep her position in an impoverished street gang. After accidentally showing a display of her powers, Charlie gets kidnapped by Lincoln Fitzroy, the head of the Ministry of Curiosities, an agency designed to regulate paranormal activity in London.
Soon, Charlie's status as the last necromancer causes her to become unintentionally entangled in the ministry's investigation into a series of experiments, an act that puts her in greater danger of those who covert her powers.

I have to say that stories like Ouran Highschool Host Club, where the girl impersonates a boy and no one around her is aware of it are one of my weaknesses- and I will literally gravitate towards these books. I loved Charlie's mix of street smart and etiquette, she was stubborn and brave, but not so much that she got into stupid situations because of bad decisions. There is a hint of romance in this story between Lincoln and Charlie, but its not a central aspect of the story. That being said, I can definitely seeing it developing in further books, but I think its going to be a really really slow burn, because I never met a character as stoic and aloof as Lincoln. Also, I seriously adored the two servants/agency-workers living in Lincoln's household, who treat Charlie like their little sister.

Although the plot was basic, I really enjoyed the characters and the world that Archer created. The writing was smooth and well-paced. I'm definitely looking forward to reading the next book, because honestly who can say no to an agency running around Victorian London trying to investigate paranormal mysteries.

Book_Addict
TOP 100 REVIEWER
5.0 out of 5 stars ***The Last Necromancer***
26 July 2018
Format: Kindle EditionVerified Purchase
It's a story about a girl who has the power to raise the dead and because of that she had been thrown out and disowned by her own father so she lives in the street as a young teenage boy. I love how she successfully trick people in believing that his a boy. Than Fitzroy aka death from the ministry of curiosities caught her and and wanted her to help them catch a man who is wanting to harm the royalties. Anyway it's a slow paced book but interesting and unique.
Read more
Helpful
Comment Report abuse

Trina H
TOP 1000 REVIEWER
5.0 out of 5 stars Great start to a new series
26 October 2019
Format: Kindle EditionVerified Purchase
Great start to another series, lots of mystery, supernaturals, surprises and a touch of romance. Although I have read this book before, this time I listened to it as an audiobook and can definitely recommend.
Read more
Helpful
Comment Report abuse

Carolyn Harris
TOP 500 REVIEWER
5.0 out of 5 stars C. J. Archer's books are impossible to put ...
20 February 2018
Format: Kindle EditionVerified Purchase
C.J. Archer's books are impossible to put down. They have everything that one looks for in adventure, romance, mystery and danger. Thankfully she has written a fair number now and one can relax knowing the trilogies are complete.
Read more
Helpful
Comment Report abuse

Samrosie
TOP 1000 REVIEWER
3.0 out of 5 stars I liked it , but...
15 August 2015
Format: Kindle EditionVerified Purchase
Interesting heroine but very superficial on the world building, and the relationship between Charlie and Death , and Death himself just didn't ring true to me
It felt like georgette heyer with some fantasy elements thrown in
Read more
2 people found this helpful
Helpful
Comment Report abuse

Emma
5.0 out of 5 stars I want more
12 March 2019
Format: Kindle EditionVerified Purchase
Australian author and with engaging characters and the protagonist too, but I believe there is one character who is not exactly human! I wonder when that will be revealed.
Read more
Helpful
Comment Report abuse
See all 22 customer reviews
Write a customer review
Get FREE delivery with Amazon Prime
Prime members enjoy FREE Delivery and exclusive access to movies, TV shows, music, Kindle e-books, Twitch Prime, and more.
> Get Started
Back to top
Get to Know Us
Make Money with Us
Let Us Help You
And don't forget:
© 1996-2020, Amazon.com, Inc. or its affiliates