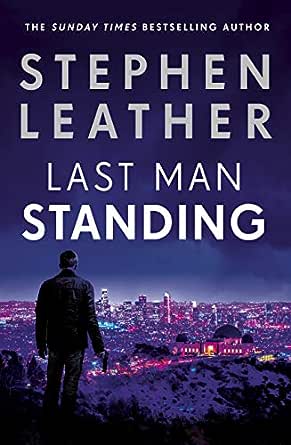 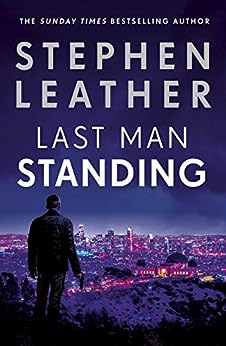 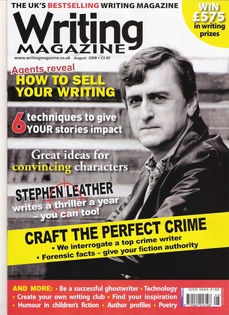 Praise for bestselling author Stephen Leather - :As tough as British thrillers get . . . gripping - Irish IndependentThe sheer impetus of his story-telling is damned hard to resist - Sunday ExpressExplores complex contemporary issues while keeping the action fast and bloody - EconomistAn aggressively topical novel but a genuinely thrilling one, too - Daily Telegraph

SCGamecock
4.0 out of 5 stars Flawed but Enjoyable
24 June 2019 - Published on Amazon.com
Verified Purchase
Here is the rub. As a reader, I expect the author to research his subjects and be knowledgeable about the culture. It’s the US and the author is a Brit. How hard can that be? Apparently, the author is lazy. For example, we do not say someone is mad, we say they are crazy. Also, they do not sell a VW Polo in the US. It’s a Golf. The reason Brad Taylor, Brad Thor, and Mark Greeley are so good is because they are thorough and accurate. They research the culture of the locations they are writing about and strive for an accurate portrayal. I feel like a disappointed parent or teacher, reading a paper that could have been great, only to be stymied by the authors own laziness. Sad. He appears to have potential, just not the drive. If four stars sounds like I’m not that disappointed, you’re wrong. There is a vast chasm between a four and a five star work. The author missed it because he was lazy, not because of talent. He should be embarrassed.
Read more
2 people found this helpful

Ebor
2.0 out of 5 stars There is much better stuff out there
20 August 2019 - Published on Amazon.com
Verified Purchase
I had hoped for something special, some twist that would distinguish it from the average US superhero/killer-with-a-conscience thriller, this being from a British author. I was disappointed. Totally predictable, straightforward off-the-mill story, the only difference to its US counterparts being that the hero is SAS and not SEAL. Nothing original, if you discount the factual errors others pointed out already (notably, there is no Polo sold in the US... and Kaitlyn hardly would have imported it from Europe).
This makes other flaws even less forgivable and slight annoyances become big ones. The name "Standing", for example, does not work too well. I had trouble grasping sentences that started with the name Standing, because I always thought that Matt was standing somewhere. Obviously, the author was aware of this, as he tried to capitalise on it at some point, when Standing answers to the question on the telephone, "Standing?" with "No, sitting, actually". Admittedly it did make for a chuckle, but it was the only chuckle I made when reading this book. Then there are the story holes, like: Matt uses the Polo to push an SUV off the road (yeah, I know, a car weighing probably less than 600kg pushes a 2t car off the road... ) and then returns a separately rented (!) car to the rental shop, of which he explains away the "scratches" from pushing the SUV off the road. Totally unnecessary blunder. Or: he doesn't want to leave 2 dead people in their current state, with flies buzzing around, etc., and then he just leaves the house where they have been slaughtered. WTH? This picture of sloppiness is rounded off by the disappointment that the love story isn't one, at least not in this instalment.
In defence of the author, I had just finished "I am Pilgrim", which is miles and miles more thrilling, entertaining, thought-provoking, and better researched. Unless you have 10 hours of your life to throw away - stay away.

John
2.0 out of 5 stars Pretty average from a good author and poorly researched
22 September 2019 - Published on Amazon.com
Verified Purchase
Struggled to enjoy this novel. Definitely not as classy and as slick as some of the Spider novels. The writing style and plot is generic very cookie cutter style book. I also struggled to believe that Bobby Ray would seek help from someone he knew for a few months rather than other SEALs that he worked with for years. Another major problem was the lack of research by the author, which quickly became really frustrating and detracted from the story. Wouldn’t recommend this book to others
Read more

Keith J. Williams
5.0 out of 5 stars Best of all the English thriller writers.
1 May 2019 - Published on Amazon.com
Verified Purchase
I've always loved Stephen Leather's books. I've read them all except Spider Shepherd's SAS books. He keeps the action going a d you want to read it in ine sitting.
Read more

John Paterson
2.0 out of 5 stars The Matt Standing character is too good to be true
17 May 2019 - Published on Amazon.com
Verified Purchase
Dan Spider's name is used to advertise the book. He is worked into the story line but contributes little to the story. Matt Standing's character is infallible & takes on many foes without getting hurt. Not a book that I would recommend even though I am a Stephen Leather fan
Read more
Go to Amazon.com to see all 12 reviews 3.9 out of 5 stars
Get FREE delivery with Amazon Prime
Prime members enjoy FREE Delivery and exclusive access to movies, TV shows, music, Kindle e-books, Twitch Prime, and more.
> Get Started
Back to top
Get to Know Us
Make Money with Us
Let Us Help You
And don't forget:
© 1996-2020, Amazon.com, Inc. or its affiliates