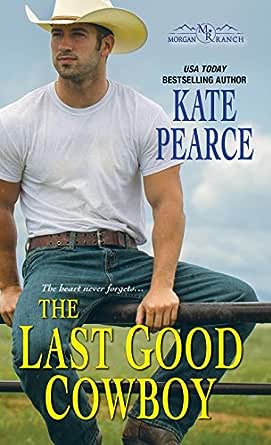 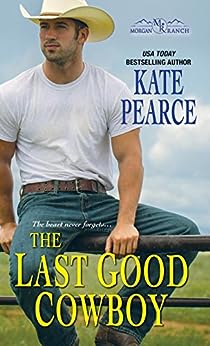 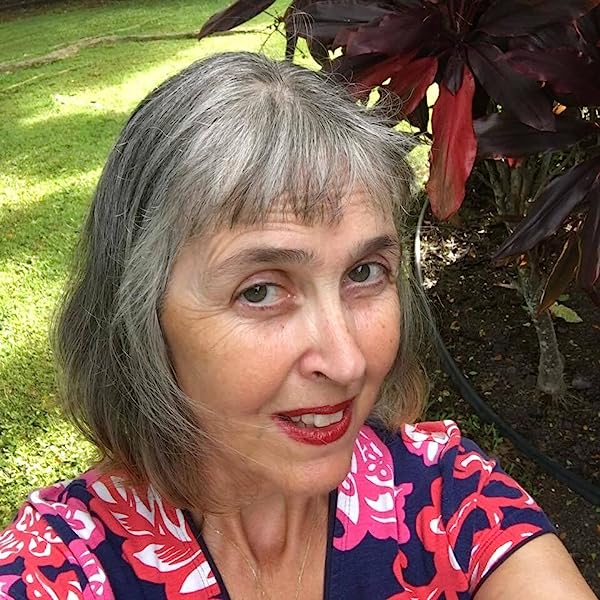 The Morgan ranch has seen its share of bad times. But as the four Morgan brothers are drawn back to their childhood home, the nightmares of their past give way to the promise of a new beginninga --This text refers to the mass_market edition.

New York Times and USA Today bestselling author Kate Pearce was born in England in the middle of a large family of girls and quickly found that her imagination was far more interesting than real life. After acquiring a degree in history and barely escaping from the British Civil Service alive, she moved to California and then to Hawaii with her kids and her husband and set about reinventing herself as a romance writer.
a
She writes for Kensington, Penguin Random House UK Rouge Romance, Carina and Cleis Press and is known for both her unconventional heroes and her joy at subverting romance cliches. In her spare time she self publishes science fiction erotic romance, historical romance and whatever else she can imagine.

Bec
TOP 500 REVIEWER
4.0 out of 5 stars Wonderful book that so has me looking forward to the next in the series
Reviewed in Australia on 15 May 2017
Ry Morgan has had enough of following and supporting his brother on the rodeo circuit, so he's decided to return home and help out on the family ranch. Even though, nightmares plague him because of what happened years ago to make their mother leave. Still, he's determined to overcome his pain, even if he has to face the past for that to happen. Luckily, he has Avery Hayes -- the one hometown girl he's never been able to forget -- in his corner, otherwise he might find himself drowning in the past. Will they be able to help each other face the hurts of their pasts, so they can have a shot at happy ever after?

Ms. Pearce is a new-to-me author, but after finishing this story I'm determined to go back and read the previous books of this series. The Morgan brothers are an interesting bunch of sexy men that love their women dearly, but they're also dealing with a situation that has them at odds with how to proceed. Ry doesn't know whether he wants to pursue the course of action that the rest of his brothers do, because of the things his mother did to him. Yet, at the same time, he needs closure. Will he get the answers he's looking for?

As for the main characters, both were compelling and I loved their growing relationship, as the hero isn't afraid to push the heroine when it comes to closing herself off and not seeing the positive to her accident. Seriously, it could have been a lot worse for her. Moreover, I liked how the heroine blooms throughout this story with Ry's help. She proves how strong and brave she is by overcoming her fear of how she got hurt and I liked her determination to reach for something other than working at her parents hotel, as her parents are too over-protective and worry about her too much. Really, her parents concern felt a little stifling from the heroine's point of view.

While the hero, he goes through a lot in this story too. Being at odds with his twin is something that's never happened, and I could understand why he needed to escape his twin's world and the rodeo life. His twin seemed a bit self-absorbed, needy and I liked that Ry started standing up for what he wants instead of continuing to always be there for his twin. Furthermore, I felt sorry for him when he was torn between wanting answers about the past and not wanting to confront it. How could his mother treat Ry the way she did? He and his twin were equals.

Overall, I really enjoyed this third book of Ms. Pearce's Morgan Ranch series where the chemistry between this couple was delightful, intense and illustrated how much these two needed each other in their lives to help the other overcome the hurts of their pasts. The way this story ended had me cheering for this couple's happy ever after, because Ry and Avery deserved all the happiness in the world. However, it was right at the end of this book that has me looking forward to the next story of this series. Whose story will it be? I would recommend The Last Good Cowboy by Kate Pearce, if you enjoy the friends to lovers trope, or books by authors Donna Michaels, Kathleen Bell or Anne McAllister.

Aussie Reader
TOP 1000 REVIEWER
5.0 out of 5 stars Re is ready to settle down after years on the Rodeo circuit so it's back to the Morgan Ranch, & his first love Avery
Reviewed in Australia on 27 April 2017
The Last Good Cowboy is the third book in the Morgan Ranch series by Kate Pearce and I really hope there is more to come, because it has been a really good series thus far. There are four Morgan boys and this story is Ry's - he's one half of the youngest of the brood, with his trin H.G. They left the ranch after high School graduation to try their hand on the professional Rodeo Circuit and have on returned very briefly. But Ry is tired of the moving around and never settling down, plus HG's wild streak has finally worn thin, so he decides to pack his stuff and head home to the ranch to work. HG can't believe it and they argue with HG finally taunting Ry that he's jealous of HG's success because Ry isn't as good as his twin. The family is delighted with his return and Ry settles into the hard work always needed when you are dealing with large properties and running cattle as well as the expansion going on at the ranch headed up by his brothers, Chase and helped by Blue. Ry starts seeing his former high school crush, Avery Hayes who suffered a tragic accident and is still finding herself after years of surgery and rehab.

The characters in this story are so well drawn, it is like catching up with old friends and meeting new ones. Ry is quieter than his brothers, and carries his emotions very close to his heart. He tries to help Avery, without stress, but while they dance around each other, it is obvious that they both want more. With the brothers still searching for their missing mother and sister and HG making it to the finals in the Rodeo, there are many unanswered questions. I am hopeful that there is at least one if not two more books to come about this down-to-earth family and their ranch. If you haven't read any of this series, I strongly suggest you start - Kate Pearce knows how to spin a darn good story.

I received an ARC in exchange for an honest review.
Reviewed for Once Upon an Alpha.
Read more
Helpful
Report abuse
See all reviews

K W
4.0 out of 5 stars Story
Reviewed in the United Kingdom on 25 May 2018
Verified Purchase
Yes it is still going strong this series the writer is very good and keeps you wanting to read on,hence the rating.I would still tell people it is a good read but remember to start at the beginning.
Read more
Report abuse

ALi b
3.0 out of 5 stars Easy to read
Reviewed in the United Kingdom on 13 November 2018
Verified Purchase
First time reading this author and the storyline was ok.
Read more
Report abuse

Patriciag
5.0 out of 5 stars Five Stars
Reviewed in the United Kingdom on 27 May 2017
Verified Purchase
It was a great read and a fabulous story would like to read more of the same
Read more
Report abuse

mary noskowiak
5.0 out of 5 stars Five Stars
Reviewed in Canada on 23 July 2017
Verified Purchase
Liked it
Read more
Report abuse
See all reviews
Back to top
Get to Know Us
Make Money with Us
Let Us Help You
And don't forget:
© 1996-2021, Amazon.com, Inc. or its affiliates