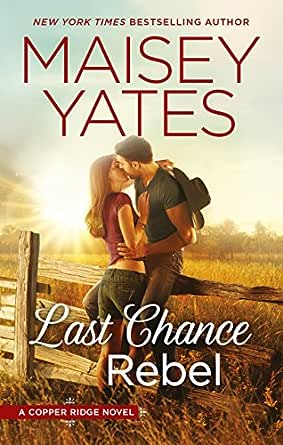 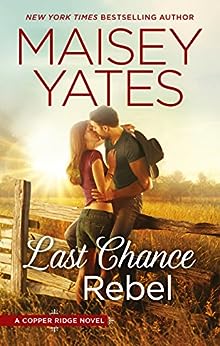 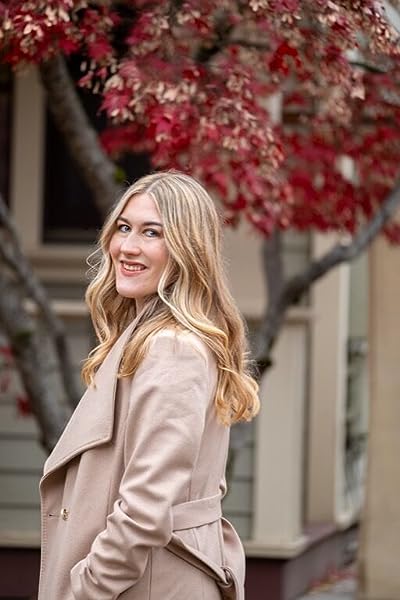 New York Times Bestselling author Maisey Yates lives in rural Oregon with her three children and her husband, whose chiseled jaw and arresting features continue to make her swoon. She feels the epic trek she takes several times a day from her office to her coffee maker is a true example of her pioneer spirit.

Yates' characters are masterfully written with a keen eye for establishing emotional depth, which allows readers to invest in the relationship. Rebecca's adversarial attitude toward Gage adds a genuine conflict to their relationship. The community of Copper Ridge is robust and filled with people readers would like to know and places they'd want to visit, which makes each book like a mini vacation. Perfect for fans of Robyn Carr or JoAnn Ross.

4.5 out of 5 stars
4.5 out of 5
78 global ratings
How are ratings calculated?
To calculate the overall star rating and percentage breakdown by star, we don’t use a simple average. Instead, our system considers things like how recent a review is and if the reviewer bought the item on Amazon. It also analyses reviews to verify trustworthiness.

Donna Repsher
5.0 out of 5 stars An angst-ridden, emotional and excellent read
Reviewed in the United States on 1 September 2016
Verified Purchase
My rating: 5 stars.

Once again, Maisey Yates has delivered another un-put-downable read, perhaps her most angst-ridden in this series, as Gage West, the prodigal son, returns to Copper Ridge after having fled 17 years earlier, after recklessly driving in the wrong lane on a rainy night, which caused an oncoming car to swerve and crash into a tree. The driver wasn't seriously injured, but her 11-year-old daughter, Rebecca Bear, suffered serious injuries. Her mother, who was driving the car that night, couldn't deal with the severity of those injuries and also fled, leaving Rebecca's older brother alone to raise her, and leaving Rebecca as emotionally scarred as she was left physically scarred for life. Rebecca's single mother, poor to begin with, was able to leave after receiving a payoff from Gage's father, town scion, Nathan West. The money was intended to pay for Rebecca's care, and buy their silence about the cause of the accident, but was used instead to pay for her mother's getaway.

Now, at age 28, Rebecca is as closed off and brittle as one can imagine, but she's managed to rent space, open and operate a small shop selling local crafts and knick-knacks on Main Street. She has a couple of girlfriends with whom she socializes casually, and lives outside of town in a small cabin, keeping her distance, until one day a man enters her shop, and starts discussing her finances and her rental agreement with Nathan West, who owns the building, and most of the other buildings in town as well. He seems familiar and she finally realizes who she's talking to--Gage West, the man responsible for her disfigurement, the man she has hated and blamed for the past 17 years. Gage is there to inform her that his father has had a stroke, and that he is now managing the family finances, which are far from good, and that he plans to sell off much of the family's real estate holdings, including the building she's renting--in fact, he wants to give her the building as payment for her suffering, but Rebecca has developed quite a backbone, and refuses to accept his charity.

Thus begins perhaps one of the most inauspicious starts to a romance novel as I've ever read. Rebecca may wear her scars externally, but Gage has been hiding his emotional scars and running for the past 17 years, rather than trying to deal with them. These are not easy characters to like, and in the hands of someone with less talent than Ms. Yates, nothing about the relationship between these two characters would have made any kind of sense, or been in any way believable--but it did and it was. There's a great deal of self-examination, bitterness, resentment, and soul-searching in this novel, as well as some seriously hot sex and some incredibly well-written dialogue, something that's been a hallmark of Ms. Yates' writing from her very first novel. I'm guessing that this may be a tough read for some, but it drew me in like a moth to a flame. While I would have preferred a somewhat more lengthy epilogue, which seemed a bit too rushed compared to all that came before, I still found this to be one of the author's best novels to date.

This was the first book I read by this author. It was pretty long at 384 pages. Sadly, I didn't love it. Because I rarely "not" not finish a book, I admit I skimmed a lot. Even with skipping, it still took me more than two days to finish though. I'm sure it didn't help that I put my Kindle aside and found other things to do more often than not. That said, I'm not saying I won't read this author again. I don't work that way. I know that what pleases others doesn't have to please me so I like to be openminded that just because I don't like one, doesn't mean I won't like another. I will say that Maisey is a passionate writer.

I wanted to like Rebecca but it didn't happen. Gage wasn't very appealing either. Those two didn't like each other and took fighting/bickering to a immature level. It frustrated me how they acted like prepubescent children. Yes, Rebecca had reason to dislike Gage but she was relentless about it for so much of the book.

Gage was selfish and I could not connect with him. He wasn't completely honest about his issues until the end of the book. Even being in his head didn't give me enough.

I did like the premise of the storyline; the blurb is why I added this book. What I had a strong issue with was the fact there were pages and pages of internal monologue between actual dialogue (hence the skimming). I got lost with the direction of the conversation often. For that reason, in my opinion of course, this book could have been shorter. I think I would have enjoyed it a lot more had there been more dialogue. I just couldn't connect with the H/h.

Another disappointment for me was the rushed HEA. Gage and Rebecca were complex characters with a ton of emotional baggage. But the 180 degree turn once they got "together" made it look as if the conflict disappeared.

And then it was back!

And then came the resolution!

And then it was over!

The epilogue didn't satisfy me either.

I'm sad that this book was blah for me. I do plan to read another Maisey Yates book because I am openminded and I'm sure I will find her "just right" book for me.

NanaCav
5.0 out of 5 stars ***Full of Emotion***Loved It ***
Reviewed in the United States on 19 April 2019
Verified Purchase
Last Chance Rebel is the story of Rebecca and Gage. When Rebecca was eleven years old she was in a bad accident with her mother and Gage was the driver of the other car. Rebecca was seriously hurt and left with many scars. Gage came from a well to do family and his father was only concerned with preserving the family name. His father paid off Rebecca's family. Because the shame of what he did was too much to bear Gage left town. He never settled down and went from town to town trying to find peace. He never did find it. Seventeen years later he is back in Copper Ridge. He is not sure what he is looking for but he has built steel walls so as not to feel anything.

Rebecca has closed herself off to all. Even her best friend doesn't really know her. Because of her scars she feels unlovable. She blames Gage for everything. She straddles that fine line between love and hate. She is a twenty-eight year old virgin. There is lots of emotion and tears but it is all worth it. I really loved every minute of this book.
Read more
Report abuse
See all reviews
Get FREE delivery with Amazon Prime
Prime members enjoy FREE Delivery and exclusive access to movies, TV shows, music, Kindle e-books, Twitch Prime, and more.
> Get Started
Back to top
Get to Know Us
Make Money with Us
Let Us Help You
And don't forget:
© 1996-2020, Amazon.com, Inc. or its affiliates