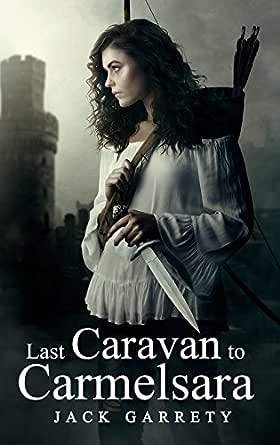 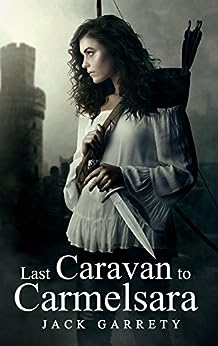 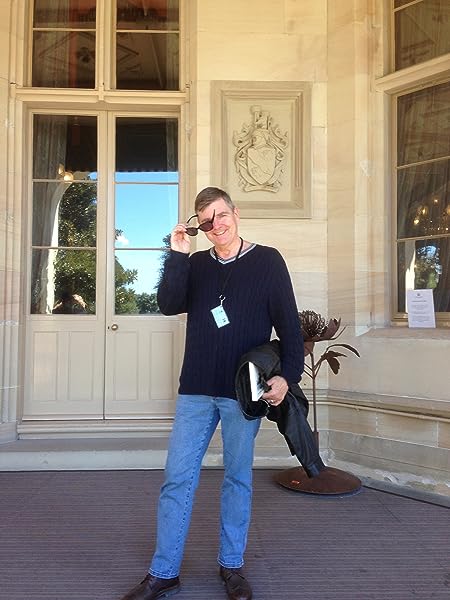 Last Caravan to Carmelsara: A slow burn romance between two people who can't stand each other Kindle Edition

Adventure, magic and a slow burn romance between two people who can’t stand each other.
The Torian, head of the Commonwealth, is dying and his replacement has not yet been found.
Neah, a warrior princess and former slave, receives a prophecy that the new Torian will be one of 800 refugees in a caravan fleeing the invading Shaelene army. Shayla, a dark sorceress and Queen of the Shaelene, is equally determined to find and kill the new Torian before he, or she, can be anointed.
Caleb, a disgraced Commander in the Commonwealth army, has been charged with protecting the caravan. Provided with only seven soldiers and a duplicitous wizard to help him he is given little chance.
Trapped within the forced intimacy of the caravan Caleb and Neah must try and thrust aside their bitter hostilities in order to protect the new Torian from the marauding Shaelene, Shayla’s assassins and a host of mythical, vicious creatures that stand between them and the safety of Carmelsara. In doing so they will have to leave the relative safety of their natural distrust and together weave something new and untried because in a world overtaken by greed only love has the power to save it.
If they fail the whole world will fall into decades of darkness.

Kathy Stewart
5.0 out of 5 stars A great read
10 April 2018
Format: Kindle EditionVerified Purchase
I really enjoyed this intriguing story with its many twists and turns. It starts off at a hundred miles an hour and continues the fast pace throughout. I loved the feisty characters and Jack Garrety's writing style. Nothing is as it seems and that kept me enthralled from beginning to end. An excellent read.
Read more
Helpful
Comment Report abuse

Fozza
5.0 out of 5 stars Transporting!
11 January 2019
Format: Kindle EditionVerified Purchase
A transporting read (pun intended). It was a great holiday read. It literally took me to another world. The story was full of tricky and surprising twists and turns. If you like a good fantasy escape read this. The only thing I didn’t like about the book was it’s subtitle. It seemed unnecessary. The story itself was highly engaging. I really enjoyed this book!
Read more
Helpful
Comment Report abuse

Wendy Dartnall
5.0 out of 5 stars Enjoy the journey from your safe armchair
12 March 2018
Format: Kindle EditionVerified Purchase
An exciting, plot-driven novel. You'll keep turning the pages to discover if and how characters will overcome life-threatening disasters, murder, and dark magic on their arduous journey with the caravan. Will the two protagonists ever resolve their loathing of each other? Is it possible they will survive to find refuge and a new life in Carmelsara? Enjoy the journey from your safe armchair.
Read more
Helpful
Comment Report abuse

lou lou
5.0 out of 5 stars A fun page turner
12 March 2018
Format: Kindle EditionVerified Purchase
This was an enjoyable read. It was often on my mind when I had to exist in real life. I found myself trying to get back to it whenever possible, so I could find out what was going to happen next! A fun page turner.
Read more
Helpful
Comment Report abuse

Gwynn Ellis
3.0 out of 5 stars Not for everyone.
29 May 2018
Format: Kindle EditionVerified Purchase
Thought I may like this, but it dragged. The Romance may be a slow burn, but I couldn't get it going. Not a page turner for me, sorry.
Read more
Helpful
Comment Report abuse
See all 5 customer reviews
Write a customer review
Get FREE delivery with Amazon Prime
Prime members enjoy FREE Delivery and exclusive access to movies, TV shows, music, Kindle e-books, Twitch Prime, and more.
> Get Started
Back to top
Get to Know Us
Make Money with Us
Let Us Help You
And don't forget:
© 1996-2020, Amazon.com, Inc. or its affiliates