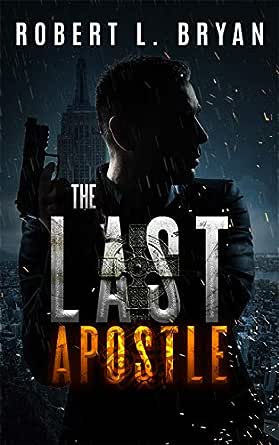 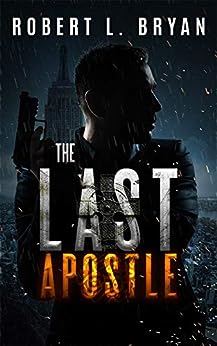 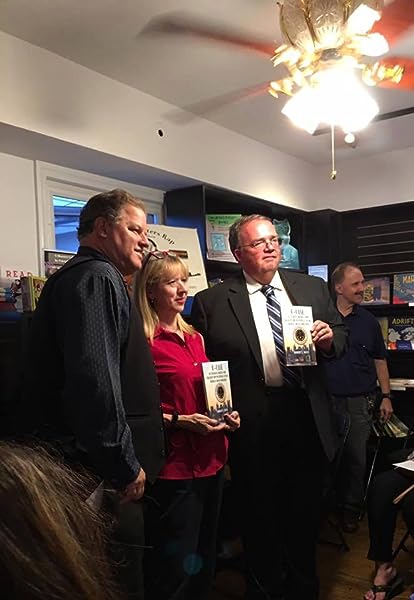 a culmination of decades of unrest, an unholy alliance of age-old grudges, and a newly-sophisticated syndicate of evil which promises to spread fear and mayhem throughout the country. How will the NYPD and FBI cope when so many of their worst fears are realized?

The Author drops his readers once again in the heart of New York City’s darkest corners - a city on edge, its citizens somehow aware of the terror which is bubbling beneath the surface of its streets and systems, and yet unknowing of how deep the threat actually goes.

The city has been rocked by a series of ISIS atrocities, which have lit a rocket beneath Joey Galeno, Jimmy Boy Craig and the Joint Terrorist Task Force, firing them into action on a mission to bring the responsible to justice. However, a drastic and unexpected twist awaits: there’s a deep and hateful connection between the Islamist attackers and the fearsome INFA - the Irish National Freedom Army - who are flying the flag of the IRA in the heart of Queens, New York. Could it be that ISIS and the IRA have joined forces against a common enemy, in an effort to bring New York to its knees?

This breathless thriller packs in more twists and turns than a high-octane rollercoaster, and takes off from where the author left us at the end The Last Day, his readers still reeling from the annihilation and danger that haunted the pages of that award-winning thriller. We rejoin the newly promoted NYPD Deputy Chief Ellen Tomlinson, Lieutenant Joey Galeno, and FBI Agent Jimmy Craig - who have barely recovered from their previous brushes with death and the criminal underworld - on a new mission, even more deadly, terrifying, and far-reaching than anything they’ve faced before.

From the very first pages, readers will be thrown into a series of literary explosions and shocking twists which leave their pulses racing and their eyes eager for more. This is a crime novel which takes the thriller genre to a whole new level, and consistently shocks, surprises, amazes, and intrigues with each and every chapter. Robert L. Bryan is a powerhouse of storytelling, and The Last Apostle is his best work yet.

Buy The Last Apostle to see how the threat continues!

Mitchell Roshannon
4.0 out of 5 stars Great Cop Drama
16 April 2019 - Published on Amazon.com
Verified Purchase
From early on in this book, I could tell I was walking into a world of action and suspense, yet still one of unfortunately close ties to my own. The early descriptions of New York City with armed national guards on street corners caught in pictures of Christmas decorations taken by tourists were oh so real, and the violence that took place from that point on felt similarly so.

Without giving too much away, I feel I can say that terrorism runs deep in Robert L. Bryan’s book and the threat that it poses to people every day. Whether he meant to or not. Bryan, in writing The Last Apostle, wrote a story perhaps more real than reality itself by making this aspect of our world and the lives of some police officers and other officials more available to us. What I loved most about this book was the detail and language, how real and transporting the writing is. I think of the first crime scene one of the characters walks into, “several uniformed cops stood guard at the taped perimeter, bouncing up and down on their heels in a futile attempt to generate some warmth”. In that moment of reading, the whole world became clear to me and I couldn’t help but to keep reading.

I will admit that this book might not be for everyone, but for those who like a good story with an intense plot, especially those interested in criminal justice novels; this book might be up your alley. Give it a try, it makes for a good introduction to this genre of writing.

NYPD academy applicant, Matthew “Matty” Ryan is a young, under achieving, security guard already interacting with leading suspect and IRA member Tyrone Mullaney (Ty). Craig and Galeno recruit Matty to help the JTTF, and, along with help from NYPD Intelligence Chief Ellen Tomlinson and Captain Maurice “Moe” Weinstein, rush his mandatory hiring requirements and send an untrained Matty in undercover to hang out with Ty and report back any information that may help the investigation. As he is accepted into Ty’s group of friends, the Irish National Freedom Army (INFA), Matty has to constantly remind himself that his new “friends” are really evil criminals. When a British double agent outs Craig as FBI to INFA leadership Matty faces this fact head on and saves Jimmy Boy Craig’s life.

Bryan’s thorough descriptions and setting of the scene have the reader feeling like they are in NYC. His fully developed characters flawlessly tell the story and keep it realistic. Also adding to the realistic feel of this novel is Bryan’s extensive knowledge of law enforcement and counter terrorism. This all combines together into a novel that the reader is unable to put down.
Read more

23-year-old security guard Matty Ryan’s dream is to become a cop, even though ambitious, driven, hungry and hardworking are not words in his vocabulary. In an ironic turn of events, Captain Moe, the Field Intelligence Coordinator, recruits Matty to be an undercover cop, who’s prime task is to “hang out with Tyrone Mullaney (a prison escapee) whenever possible and report his activities...” Ill-suited for being front-and-center in this terrorist operation, Matty has to constantly remind himself that the members of the Irish National Freedom Army that he’s tasked to get on the “inside track” with are evil criminals responsible for destroying innocent lives.

The author’s expertise of law enforcement and undercover work is what is at the forefront of this novel, along with his vivid descriptions. Before he gets into any action, Bryan mindfully and suspensefully illustrates the setting of each scene. Whether it involves “dirty stagnant water...heaps of garbage with strong stink…”, the huge Christmas tree lit and “the window displays of shops” beautifully decorated in Rockefeller Center, or the still city “with the only sign of life being the lines of bikes attached to the rack…” the readers feel like they are apart of NYC. Descriptions don’t stop there. The characters are fully developed and tell the story flawlessly. I’m not usually one for crime novels, but this was one I couldn’t put down, and I can’t wait for the author’s next one!
Read more
Go to Amazon.com to see all 14 reviews 4.8 out of 5 stars
Get FREE delivery with Amazon Prime
Prime members enjoy FREE Delivery and exclusive access to movies, TV shows, music, Kindle e-books, Twitch Prime, and more.
> Get Started
Back to top
Get to Know Us
Make Money with Us
Let Us Help You
And don't forget:
© 1996-2020, Amazon.com, Inc. or its affiliates