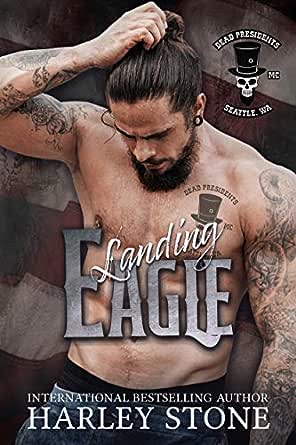 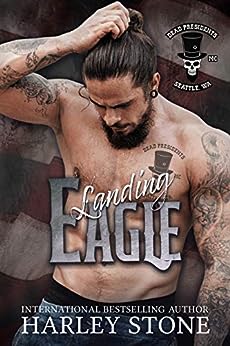 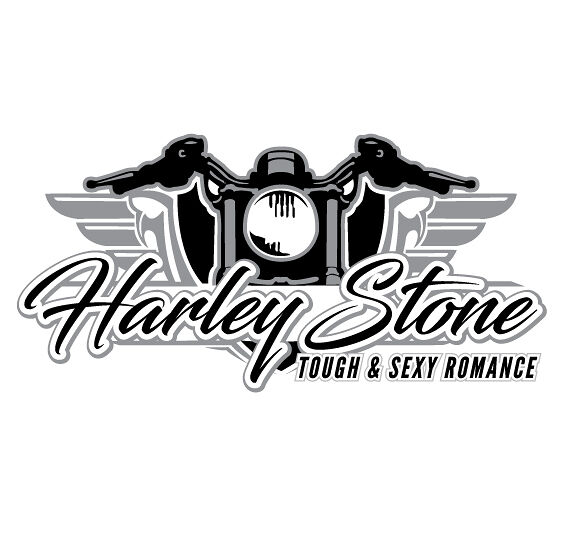 4.5 out of 5 stars
4.5 out of 5
164 global ratings
How are ratings calculated?
To calculate the overall star rating and percentage breakdown by star, we don’t use a simple average. Instead, our system considers things like how recent a review is and if the reviewer bought the item on Amazon. It also analyses reviews to verify trustworthiness.

Shelley
TOP 50 REVIEWER
5.0 out of 5 stars Eagle and Naomi❣️
Reviewed in Australia on 15 November 2018
Verified Purchase
For the last few books I’ve noticed that Eagle and Naomi were avoiding each other, but their chemistry was off the charts and I’ve been dying to know what happens between them! Well look no further because their story is here.

Eagle is dealing with his demons from his past but when he meets Naomi for the first time, the attraction is magnetic and he tries to keep his distance because the Prez Link has warned them all off his sister. Naomi makes the move to flirt with him and it takes two years before they see each other again at Link’s wedding. Again emotions are high and one thing leads to another❣️

GeekyBookMama
TOP 500 REVIEWER
5.0 out of 5 stars ⭐️⭐️⭐️⭐️⭐️
Reviewed in Australia on 29 November 2018
This one to a little bit longer to get into. I couldn’t connect with Naomi in the beginning but as I kept reading she grew on me. Eagle was such a sweetheart and seriously my heart hurt for that dude.
Read more
Helpful
Comment Report abuse

Rosie
TOP 100 REVIEWER
5.0 out of 5 stars Love to land me some Eagle!
Reviewed in Australia on 8 January 2020
Verified Purchase
I love the writing style in this MC series. It's gritty, sexy and compulsive reading.

Club member and ex Marine, Eagle has done casual hook ups, since he lost his soul mate to an IED some years ago. But meeting the MC Prez's sister, ace Air Force pilot, Naomi, his thoughts and feelings have changed.
Despite dire warnings that Naomi is off limits, the two have a mind blowing night together.
Coming back together two years later, the feelings haven't changed, only now, Naomi has news for Eagle that he might not welcome.
When rival club feuds go white hot at the worst possible time, Naomi gets caught up in the blow back.
And Eagle may have to put all of his skills to the test to save her.
Read more

Arc received in return for an honest review.

Harley Stone is back and bolder than ever with this the fourth instalment from the brilliant Dead Presidents series and I can honestly say "Houston, we don’t have a problem".

Eagle watched the love of his live die right in front him whilst they were serving their country, he vowed he never love again. Over the years he’d had his fair share of women, being part of an MC made it easier as there where plenty of "disposable" women around.

Things change when he meets Naomi the MC’s princess, sister to Linc the clubs current Prez and daughter of the clubs previous Prez. Naomi‘s an Air Force pilot, she’s home for a visit when she catches the eye of Eagle, from the moment the both meet the attraction between the pair is clear to see, the chemistry they share is sizzling, she awakens parts of Eagle he thought were long gone but after being warned by his Prez that she’s off limits Eagle tries his best to avoid her, however Naomi sets her sights on him and they end up hooking up but she doesn’t hang around and before he knows it she’s away back to her own life. Fast forward to Linc’s wedding and Naomi’s back, this time another hook up leaves her with a more permanent memory of her time with Eagle.

Deciding to return home after finding out she’s pregnant with Eagles baby she fills him in on the news of his impending fatherhood, leaving him to absorb that news she heads out in search of some food but ends up walking straight into the path of danger. When they discover one of the clubs own is in danger the brothers rally round and set out to get Naomi and her unborn baby home safely. Eagle in particular is determined to get his woman home and let her know exactly how he feels about her and their baby.

This really was an amazing book, a brilliant storyline following the two main protagonists on their journey towards getting the HEA neither expected. With plenty of Hot action between the sheets, and a serious situation occurring out of them, Landing Eagle was another great addition to the Dead Presidents series. I’m excited to see what comes next from this extremely talented author.

Claire L
4.0 out of 5 stars Finally we see what's been happening with these two.
Reviewed in the United Kingdom on 3 November 2020
Verified Purchase
There has been little hints that Eagle has had a past with presidents Link's sister Naomi and I have been dying to see what is going to happen with them as well as their history.

This book gives a completely different story again from within the MC as we see the lead up to what could be a relationship or a disaster between Eagle and Naomi.

Eagle has already lost the women he loved and hasn't dealt with what happend. Where Naomi is a kick a*s pedro pilot still in active military service.

There was a real rollercoaster ride in this book and bits felt a little rushed but not enough that I was unable to enjoy the story. I mainly loved Naomi as has such a clever and witty personality.

Bit more action packed than the other books as we wait to see if Eagle can protect Naomi or for that matter if he will even want to.

Definitely worth a read and so far The Dead Presidents MC Series is the one I am most likely to recommend.
Read more
Report abuse

Jayne Rushton
5.0 out of 5 stars Great series
Reviewed in the United Kingdom on 9 November 2019
Verified Purchase
I loved this book. Eagle and Naomi are a couple made to be together.

This series is just getting better and better. The relationships between the characters is solid and draws you in straight away.

Being on the rest, and get more prospects......
Read more
One person found this helpful
Report abuse

Hanbarn
4.0 out of 5 stars Good read
Reviewed in the United Kingdom on 29 November 2019
Verified Purchase
Addictive little series and I enjoyed this fourth book. Looking forward to the next in the series. Recommend for those who like me. With hearts of gold.
Read more
One person found this helpful
Report abuse

Jacqui Knight
3.0 out of 5 stars ok
Reviewed in the United Kingdom on 7 January 2020
Verified Purchase
it was an OK book I though it some place it was a bit rushed and the chapters seem a bit disorganised but the charater were really cool espicall neamoie as yiu don't get many book with female air force pilots
Read more
Report abuse
See all reviews
Get FREE delivery with Amazon Prime
Prime members enjoy FREE Delivery and exclusive access to movies, TV shows, music, Kindle e-books, Twitch Prime, and more.
> Get Started
Back to top
Get to Know Us
Make Money with Us
Let Us Help You
And don't forget:
© 1996-2020, Amazon.com, Inc. or its affiliates