A Land More Kind Than Home and over 1.5 million other books are available for Amazon Kindle . Learn more
Share <Embed> 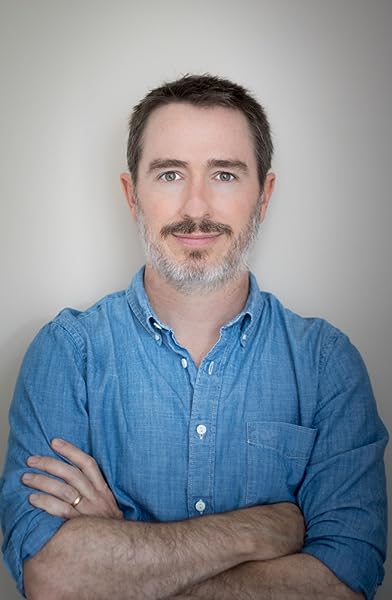 Page 1 of 1 Start overPage 1 of 1
This shopping feature will continue to load items when the Enter key is pressed. In order to navigate out of this carousel please use your heading shortcut key to navigate to the next or previous heading.
Back
Next
Start reading A Land More Kind Than Home on your Kindle in under a minute.

"Whew! Wiley Cash is the real deal and his first novel is an atmospheric crossroads filled with characters who long for better, but know that their best will never be good enough, is dense with stories intersecting like the branches in a laurel hell."--Nancy Peacock, author of "Life Without Water"

"Cinematic and symphonic: this is a compelling story revealed in a sequence of voices that are as pitch-perfect as they are irresistible. This is a wonderfully impressive debut: tender, muscled and unforgettable."--Rikki Ducornet, author of "The Fan Maker's Inquisition"

"Wiley Cash makes his debut with this fine, engaging novel, proving yet again that the South is an inexhaustible motherlode of literature. I'm sure he'll garner comparisons to Harper Lee, perhaps even to Faulkner or Flannery O'Connor, but Wiley Cash is Wiley Cash--a new, strong Southern voice in American fiction."--John Lawton, author of "A Lily of the Field"

"A chilling descent into the world of religious frenzy in small town North Carolina . . . The languid atmosphere seduces, and Cash's fine first effort pulls the reader into a shadowy, tormented world where wolves prowl in the guise of sheep."--Publishers Weekly

"Cash's debut about a town gripped by a menacing preacher has the timeless qualities of the Old Testament. . . . [a] very good book."--The Daily Beast

""A Land More Kind Than Home" is a powerfully moving debut that reads as if Cormac McCarthy decided to rewrite Harper Lee's "To Kill a Mockingbird.""--Richmond Times-Dispatch

Mesmerizing . . . only Jess knows why his autistic older brother died on the very day he was taken into the church, and it s his voice that we carry away from this intensely felt and beautifully told story. --New York Times Book Review"

Cash adeptly captures the rhythms of Appalachian speech, narrating his atmospheric novel in the voices of three characters . . . The story has elements of a thriller, but Cash is ultimately interested in how unscrupulous individuals can bend decent people to their own dark ends. --Washington Post"

A stunning debut reminiscent of the beloved novels of John Hart and Tom Franklin, A Land More Kind Than Home is a mesmerizing literary thriller about the bond between two brothers and the evil they face in a small western North Carolina town

For a curious boy like Jess Hall, growing up in Marshall means trouble when your mother catches you spying on grown-ups. Adventurous and precocious, Jess is enormously protective of his older brother, Christopher, a mute whom everyone calls Stump. Though their mother has warned them not to snoop, Stump can't help sneaking a look at something he's not supposed to--an act that will have catastrophic repercussions, shattering both his world and Jess's. It's a wrenching event that thrusts Jess into an adulthood for which he's not prepared. While there is much about the world that still confuses him, he now knows that a new understanding can bring not only a growing danger and evil--but also the possibility of freedom and deliverance as well.

Told by three resonant and evocative characters--Jess; Adelaide Lyle, the town midwife and moral conscience; and Clem Barefield, a sheriff with his own painful past--A Land More Kind Than Home is a haunting tale of courage in the face of cruelty and the power of love to overcome the darkness that lives in us all. These are masterful portrayals, written with assurance and truth, and they show us the extraordinary promise of this remarkable first novel.

Wiley Cash is the award-winning and New York Times bestselling author of A Land More Kind Than Home. A native of North Carolina, he has held residency positions at Yaddo and The MacDowell Colony and teaches in the low-residency MFA program at Southern New Hampshire University. He and his wife live in Wilmington, North Carolina.

4.3 out of 5 stars
4.3 out of 5
917 global ratings
How are ratings calculated?
To calculate the overall star rating and percentage breakdown by star, we don’t use a simple average. Instead, our system considers things like how recent a review is and if the reviewer bought the item on Amazon. It also analyses reviews to verify trustworthiness.

amandak
3.0 out of 5 stars Three Stars
Reviewed in Australia on 2 March 2016
Verified Purchase
While not gripping, it's interesting to explore the feelings you have towards, and for, particular characters.
Read more
Helpful
Comment Report abuse

MisterHobgoblin
TOP 500 REVIEWER
4.0 out of 5 stars On the side of the angels
Reviewed in Australia on 11 December 2013
A Land More Kind Than Home is a worthy book. The subject matter - the church abusing its position of trust to imperil the congregation with poisonous snakes and dangerous healing rituals - leads the reader to feel an obligation to support the novel. Offering criticism could feel like, somehow, supporting the abuse.

But for all the many positive aspects of the novel, the faults do leave a lasting impression. The use of colloquial voice is a case in point. Wiley Cash has chosen to narrate the story through three characters - Addie Lyle, an old timey churchwoman and folk healer who acts as the local midwife; Jess Hall, a young boy whose elder brother Stump has a learning disability; and Clem Barefield, the local sheriff. The characters use a Southern dialect - especially Addie - which adds authenticity. It also adds a complication which can interrupt the narrative flow and irritates as much as it fascinates.

The other main source of irritation is the cod-philosophy. The novel is not long, but at times it feels too drawn out and liable to start exploring the nature of faith and belief; the nature of a church; and the nature of trust. The counter-argument, of course, is that this is the essential subject matter of the book and this excuses the philosophy. But a good novelist should show rather than tell. He would allow the reader to develop the ideas rather than place the words in the mouths of his characters. It's a fine line between being endearing and actually preaching and, at times, Wiley Cash falls on the wrong side of that line. It's a shame.

Having said that, there is something about the book which does draw the reader in. Cash creates a convincing community - or two communities with those inside the church and those outside. The image of the small building with yellowed newspapers to blind the windows is striking. The image of crates being carried in and out of the church; and a mysterious pastor whose address is not widely known do build up an intrigue. This is enhanced by two of the three narrators not being present in the church but merely looking in; reading signs and joining dots.

The character of Carson Chambliss, the bad pastor, is terrific. Irish literature has many examples of a lawman going up against a priest and Chambliss is as bad as any of the fictional Irish priests. In Irish literature the church always wins - but this is America. It is interesting to read the story without being quite certain how it will play out.

There are also interesting generational issues played out between Jess, his father and his grandfather. Just as there are those who are inside and those who are outside the church, there are similar divides between those who know the past and those who don't. The past is not talked about, but it is a major influence on how people live their lives.

The Stump storyline is handled sensitively and is apparently based on fact. The events surrounding Stump's death are, for the most part, reported second hand and are patchy at best. We see an outcome; we infer motivation perhaps; but we don't need to be taken through it blow by blow. This is a strength. It also allows the ending, which is unexpected and shocking, to have real power without having to compete with earlier events.

Issues with flow and pacing detract from a novel which, one feels, should really have been better. On the other hand, Wiley Cash does create a convincing community; handles learning disability with sensitivity; and includes some beautiful rural imagery. Overall the novel is on the side of the angels, but it isn't perfect.

Lindylou
5.0 out of 5 stars Lyrical ,sad & touching
Reviewed in the United Kingdom on 29 November 2018
Verified Purchase
I loved this book. I read it in two evenings/early hours. It held on to me and enticed me in to a tragedy that was inevitable. Loved the slow building of each character & whilst they were not by any means likeable you had to understand them. Poignant & harsh.
Read more
Report abuse

Claire Kotecki
5.0 out of 5 stars Superb storytelling from a master in characterisation
Reviewed in the United Kingdom on 1 January 2013
Verified Purchase
I'm fussy when giving praise. I enjoy a great diversity of books but it's rare I find one that is truly deserving of praise for the quality of writing and storycraft. This is one of those rare books. A Land More Kind than Home is, on the surface, a novel that deals with the aftermath of the death of an autistic boy during an extreme evangelical church healing. It is so much more than that, though. It is a personal history of the characters, all complex and multidimensional, and a social history of the community affected by the event. Wiley Cash allows his characters to speak with their own authentic voices and their vibrant retelling of their own ghost-ridden histories brings them alive in away that is so rarely seen in fiction. Through the characters themselves, Cash brings alive possibly the strongest character in the novel, one who cannot speak for them self but who is no less tangible for their silence - the Carolina mountain land that forms the backbone supporting the people who inhabit the pages.
Read more
Report abuse

Patricia M. Straughan
3.0 out of 5 stars One to watch
Reviewed in the United Kingdom on 9 June 2016
Verified Purchase
This is the first novel that I've read by Wiley Cash and I believe it is the debut novel from him. It does read like someone exploring their writing technique, so I'd like to see how this develops in later books. There is a definite sense of place but the mystery element isn't as developed as, say, in Tom Franklin's work.
Read more
Report abuse

Jo Hatfield
5.0 out of 5 stars Two brothers and the evil they face
Reviewed in the United Kingdom on 30 October 2017
Verified Purchase
The bond between brothers and the tragedy of fundamentalist faith healing in a town full of deceit.
Read more
One person found this helpful
Report abuse
See all reviews
Get FREE delivery with Amazon Prime
Prime members enjoy FREE Delivery and exclusive access to movies, TV shows, music, Kindle e-books, Twitch Prime, and more.
> Get Started
Back to top
Get to Know Us
Make Money with Us
Let Us Help You
And don't forget:
© 1996-2020, Amazon.com, Inc. or its affiliates