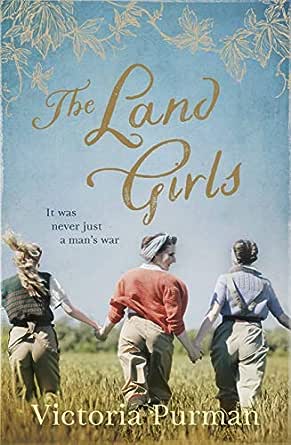 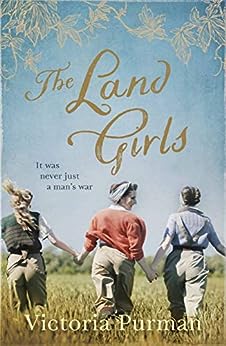 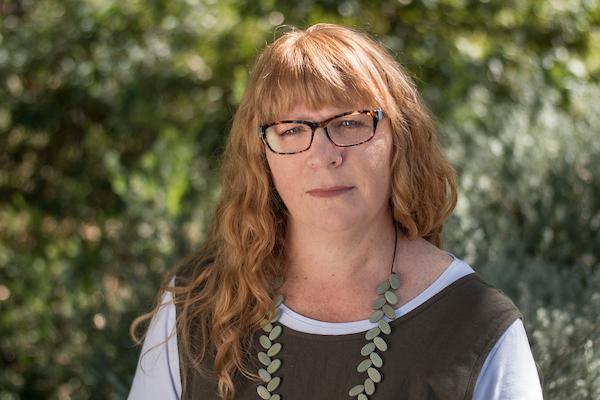 A moving story of love, loss and survival against the odds by bestselling author of The Last of the Bonegilla Girls, Victoria Purman. --This text refers to an out of print or unavailable edition of this title.

Victoria Purman is an Australian top ten and USA Today bestselling fiction author. Her most recent bestseller, The Land Girls, was published in April 2019. The Last of the Bonegilla Girls, a novel based on her mother's post-war migration to Australia, was published in 2018. Her previous novel The Three Miss Allens became a USA Today bestseller in April 2019. She is a regular guest at writers festivals, a mentor and workshop presenter and was a judge in the fiction category for the 2018 Adelaide Festival Awards for Literature.

To find out more, visit Victoria on her website.

4.7 out of 5 stars
4.7 out of 5
63 global ratings
How are ratings calculated?
To calculate the overall star rating and percentage breakdown by star, we don’t use a simple average. Instead, our system considers things like how recent a review is and if the reviewer bought the item on Amazon. It also analyses reviews to verify trustworthiness.

Shelagh
TOP 500 REVIEWER
5.0 out of 5 stars Loved it!
Reviewed in Australia on 15 April 2019
Verified Purchase
I love reading about Australia’s history, but more from a perspective of “what was life like for people living in that time” than “what happened on which date. I also have a fascination for our wartime history. After all, my grandparents served in World War One and my parents in World War Two. These are among the reasons I was so thrilled to receive an ARC of The Land Girls.
This story did not disappoint. Viewed through the eyes of three very different women, mid 1940’s Australia unfolded before me. I could easily imagine the backbreaking effort involved in pulling flax or harvesting grapes and the cuts and scrapes from picking cherries or apples or perhaps pruning trees. It is very clear that this was no stroll through the vegetable patch, but rather serious hard slogging in often unpleasant conditions.
The Land Girls is not just a glimpse at Australian wartime history. There are personal stories interwoven through this book, and Flora, Betty and Lilly are very real people with very real worries, hopes and dreams. The book also takes readers out into the Australian countryside from the Adelaide Hills to Mildura on the banks of the Murray River and Batlow on the western slopes of the Great Dividing Range.
The story is well paced allowing readers to absorb the lives of its characters yet move forward to see what will befall them next. I liked that little bits of adversity were dropped onto the pages whenever I was getting comfortable with the setting, ensuring my loyalty to the characters and my enthusiasm to see how things would end.
For anybody looking for a darned good Australian historical fiction with a dash of romance all I can say is look no further. And if you’d just like to get a glimpse of life in wartime Australia but can’t be bothered doing all the research that Victoria Purman has done then this is the book for you. Loved it!

Tweedvale Girl Book Reviews
TOP 500 REVIEWER
4.0 out of 5 stars Australian Historical Fiction
Reviewed in Australia on 6 August 2019
Verified Purchase
I have read and I really enjoyed her previous book: The Last Of The Bonegilla Girls.
I loved the book, it's full of familiar places and it was easy for me to be swept away by the story.
The book is about three brave women who for very different reasons decided to join the Australian Women's Land Army and they play a vital role helping busy farmers harvest their crops

Flora Atkins lives with both her father, and her brother Jack.
Flora is 30 years old, she has looked after her dad and brothers for 15 years.
She works as a clerk where she isn't appreciated, never promoted and paid a pittance.
She decides to join the Australian Land Army, she is sent to Mildura to help Charles Nettleford harvest his sultana and currant crop. It's back breaking work, Flora struggles at first but she soon adjusts, Charles is a widower he lives with his mother, he has two sweet little girls Violet and Daisy.

Betty Brower lives in Sydney, she's 17 and works in Woolworths.
Her best friend is her neighbor Michael, he turns 18 before her and decides to join the army.
Betty lives with her parents, both her parents are teachers, she misses Michael and is very unhappy with her job. She decides that she wants to join the Women's Land Army and due to her age she needs her fathers permission?
Her parents agree, Betty struggles at first she has never been away from home before, she's very home sick, misses Michael and she cries every night.
With support from the older girls and the local farming community she soon settles into her new job.

Lilian Thomas lives in North Adelaide it's a very posh suburb, she has no idea what she wants to do with her life, she's stuck going to red cross meetings with her mother and learning to type.
Lilian lives in the shadow of her older sister Susan who's a doctor in the Australian army and stationed in Egypt.
Lilian has been dating David Hogarth for six months when he decides the join the RAAF and train to be a fighter pilot. They decide to get married quickly, much to her mother's horror before he's deployed to start his training.
Once David leaves to start his training, Lilian decides the join the Women's Land Army and her parents are horrified. Lilian joins anyway, before she knows it she has her land army kit and is sent off to her first posting.
They're sent to pick cherries in Norton Summit, it's a huge shock for Lilian who has never done a days work in her life!
The girls earn 30 shillings a week, including food and board!

As the war drags, the lives of the three women are changed forever, constant worry about loved ones serving overseas takes it's toll, mail can take weeks if not months to reach them, and they work really hard. They sometimes worked six days a week, in tough conditions, in the heat, and rain. As time goes on some girls leave to marry or lose loved ones in the war.

The Land Girls takes you on a emotional journey, one that makes you laugh and cry. You discover the sacrifices both men and women made during WW II in Australia. I had no idea about the important role the land girls made towards the war effort.

I live in the Adelaide Hills, I know the area well and Victoria Purman has done a brilliant job with her research. I loved reading about familiar places and I gave the book 4 stars.

Sandy
TOP 500 REVIEWER
4.0 out of 5 stars A very moving story.
Reviewed in Australia on 29 August 2019
Verified Purchase
This is a well written and researched story of the Australian Women's Land Army. It focuses on three girls, all from different backgrounds; one is from Melbourne, one from Sydney and the other from Adelaide.
They are all sent to different types of farms to perform the work usually done by men who are away fighting in World War II.
As a South Australian, I know the areas referred to in this state as well as some of the places in Victoria. The author has researched these areas well, and her attention to detail is very credible.
I thoroughly enjoyed this book and have no hesitation in recommending this to anyone who has a love of World War II stories.
Read more
Helpful
Report abuse

pithypat
4.0 out of 5 stars Interesting times
Reviewed in Australia on 31 August 2019
Verified Purchase
This book has told me of things that were happening in Australia when I was too young to know. These groups of young Australian women helped keep the country running while the men were overseas fighting by harvesting fruits and assisting farmers with other work. I quite enjoyed the book and it seems that the women made a little time for enjoyment themselves.
Read more
Helpful
Report abuse

Donald Morgan
5.0 out of 5 stars great research by Victorua Purman into times and places in history
Reviewed in Australia on 9 May 2019
Verified Purchase
it was a great partner for her other book The Bonegilla Girls so well told and interesting to the end. I think her next book should be what happened to the land girls in life after WW2 it would go hand in hand with the Bonegilla girls
Read more
Helpful
Report abuse

Noelene
5.0 out of 5 stars Wonderful historical read
Reviewed in Australia on 13 July 2019
Verified Purchase
Victoria Purman’s The Land Girls is a wonderfully absorbing historical read. You are so authentically drawn into the girls’ lives and feel as if you are living their war experience with them. Highly recommend. Now looking forward to catching up with The Last of the Bonegilla Girls by this same author.
Read more
Helpful
Report abuse

Mrs Kerry L Baumanis
4.0 out of 5 stars Historical Drama
Reviewed in Australia on 18 May 2019
Verified Purchase
An enjoyable tale of the often overlooked role of the Land Girls in maintaining Australia's farming output during WWII.
Read more
Helpful
Report abuse

lynette williams
5.0 out of 5 stars well written tale
Reviewed in the United States on 27 May 2019
Verified Purchase
a tale about women working on the farms in Australia as the men go to fight in the war .very well researched and gives the reader a look at what it was like for the women as they tackle different produce to be gathered
Read more
One person found this helpful
Report abuse

Margaret Guerra
5.0 out of 5 stars Could not put down
Reviewed in the United States on 18 April 2020
Verified Purchase
Well it’s 2am and I’ve just finished reading this wonderful story. I just had to finish it. You girls did Australia proud
Read more
One person found this helpful
Report abuse

Amazon Customer
5.0 out of 5 stars You wont regret buying this book.
Reviewed in the United States on 9 July 2019
Verified Purchase
Just loved it from beginning to end,couldn't put it down. Should be a requisite in schools so kids get a sense of what the war times were like on families. Would love to bvb see it made into a movie or mini series.
Read more
One person found this helpful
Report abuse

Anita Bobo
5.0 out of 5 stars It was just like a WWII movie!
Reviewed in the United States on 6 June 2019
Verified Purchase
I loved every page. It was like a one of the really great movies made about the homefront in Australia, England, and America. I wish I could read it again for the first time.
Read more
Report abuse

Amazon Customer
5.0 out of 5 stars Great read.
Reviewed in the United States on 31 May 2019
Verified Purchase
Enjoyable book.
Read more
Report abuse
See all reviews
Get FREE delivery with Amazon Prime
Prime members enjoy FREE Delivery and exclusive access to movies, TV shows, music, Kindle e-books, Twitch Prime, and more.
> Get Started
Back to top
Get to Know Us
Make Money with Us
Let Us Help You
And don't forget:
© 1996-2020, Amazon.com, Inc. or its affiliates