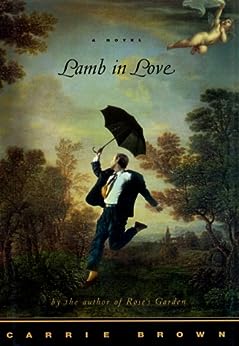 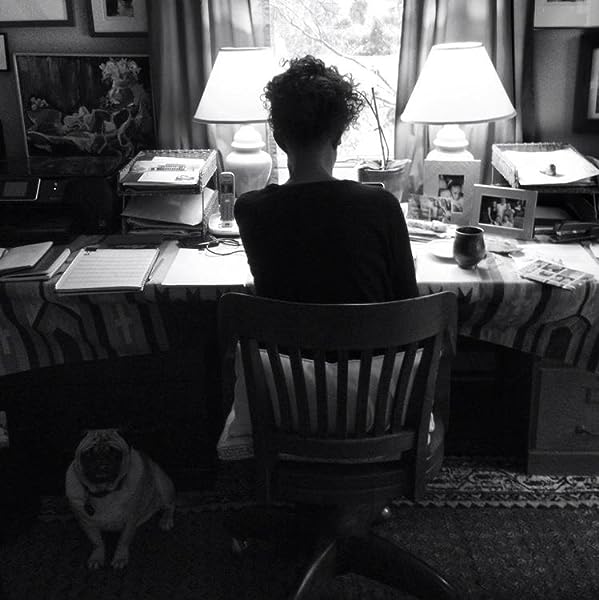 by Carrie Brown (Author) Format: Kindle Edition
See all formats and editions
Sorry, there was a problem loading this page. Try again.
Carrie Brown's triumphant first novel, Rose's Garden, garnered high praise from the critics for its "simple, beautiful language," and for "plumbing the emotional depths of ordinary human beings." Just a year later, she does it again.

Lamb in Love is set in a rural English village the year of the Apollo moon landing and tells of two people surprised, halfway through their lives by...what? passion? desire? love? They haven't the experience to quite identify it.

Norris and Vida have known each other forever. Neither has had any idea how to go about falling in love.

Vida Stephen has been nanny for twenty years to the mentally handicapped son of a rich American widower. Every day for most of her life, she nods to Norris Lamb, the postmaster, when calling for her mail. Sometimes Norris offers pretty stamps to the boy. A fussy, stamp-collecting bachelor and church organist, Norris has fallen suddenly, amazingly, and secretly in love with Vida.

Witness to Norris and Vida's halting, at times embarrassing courtship is Vida's charge, Manford - mute and clumsy and yet possessed of an odd and gentle intelligence. It is through Manford, even thanks to him, that Norris and Vida finally come to recognize each other and themselves.

Carrie Brown has an affinity for the way love transforms the most ordinary and imperfect people. In Lamb in Love, she celebrates a man and a woman who discover in themselves a bravery that allows them to become the heroes of their own story.

Carrie Brown is the author of seven acclaimed novels -- Rose's Garden, Lamb in Love, Confinement, The Hatbox Baby, The Rope Walk, and The Last First Day-- as well as a collection of short stories, The House on Belle Isle. Her most recent novel, The Stargazer's Sister, was published by Pantheon Books in January of 2016.

She has won many awards for her work, including a National Endowment for the Arts fellowship, the Barnes and Noble Discover Award, the Janet Heidinger Kafka Prize, The Great Lakes Book Award, and, twice, the Library of Virginia Award. Her short fiction has appeared in journals including One Story, Glimmer Train, The Georgia Review, and The Oxford American. Her work has been translated into several languages, and she has appeared at literary festivals, libraries, bookstores, and colleges and universities across the country.

Carrie and her husband, the novelist John Gregory Brown, have spent two decades writing and teaching side by side in the foothills of the Blue Ridge Mountains at Sweet Briar College, where John Gregory Brown directs the college's creative writing program. They raised three children at their home on the campus at Sweet Briar. Over the years, the've been fortunate to host many of the world's great writers at their home, and to introduce those writers and their work to hundreds of students.

hardlyhardy
5.0 out of 5 stars neatly summarizes the plot of Carrie Brown's novel "Lamb in Love, " written 40 years later
Reviewed in the United States on 8 November 2017
Verified Purchase
"Men feel lonely when they do not do the one thing they ought to do. It is only when we fully exercise our capacities -- when we grow -- that we have roots in the world and feel at home in it." -- Eric Hoffer, "Working and Thinking on the Waterfront"

Eric Hoffer, writing in his journal in 1958, neatly summarizes the plot of Carrie Brown's novel "Lamb in Love," written 40 years later. Actually, this describes the essence of quite a number of novels: a character steps out in faith from his or her confined, routine life and discovers life at its fullest and richest. Brown's beautiful 1999 novel seems particularly to fit, however.

Middle-aged Norris Lamb leads a quiet life as a postmaster in a small English village. Never married, he collects stamps and plays the organ on Sunday mornings. That's just about it. Then one night, as it happens the same night that Neil Armstrong walks on the moon, he happens to see Vida Stephen dancing naked in a garden. He has known Vida, now in her 40s, all her life, but only now does he fall in love with her. Never having been in love before, he has no idea what he "ought to do," and so he does it all wrong. What to him seems like a bold, if anonymous, declaration of love, his own "one small step for man," would, to most other people, seem more like stalking.

As for Vida, she became a nanny for baby named Manford as a young woman. Now more than two decades later, she remains Manford's nanny, for though his body has grown into that of a man, a very large man, his brain remains that of a small child. And he has never spoken, or as much as made a sound, in his life. Manford's mother is dead, and his wealthy father is an architect who is rarely home. Even when home, he remains distant from his son. So Vida, too, is ripe for love, or for just about anything that can break her out of her routine. She has not enjoyed a holiday, or as much as a day off, since she became Manford's caregiver.

Love triangles in fiction tend to be complications, obstacles to be overcome if they don't lead to tragedy first. In Brown's hands, this unusual love triangle helps all concerned to, in Hoffer's words, "have roots in the world and feel at home in it." Manford loves Vida, but when Norris befriends him, giving him a male friend for the first time in his life, his life becomes richer and the creativity hidden inside him emerges in surprising ways. Norris loves Vida, but he probably has little chance of winning her until he also discovers his affection for Manford. Vida loves Manford, but hers is a narrow, confined life until introverted, awkward Norris opens doors for her.

In other hands, all this could easily turn into sentimental slop, but Brown manages it skillfully and artfully. "Lamb in Love" is a novel to be savored, sentence by sentence.

Dogkisser
5.0 out of 5 stars This Novel is the Best! It's amazing!
Reviewed in the United States on 2 September 2017
Verified Purchase
This may be the best novel I have ever read--and I have read hundreds. Such wise, sensitive, beautiful writing.
Read more
One person found this helpful
Report abuse
See all reviews
Back to top
Get to Know Us
Make Money with Us
Let Us Help You
And don't forget:
© 1996-2022, Amazon.com, Inc. or its affiliates