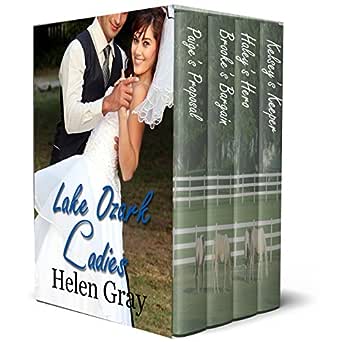 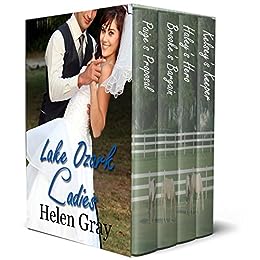 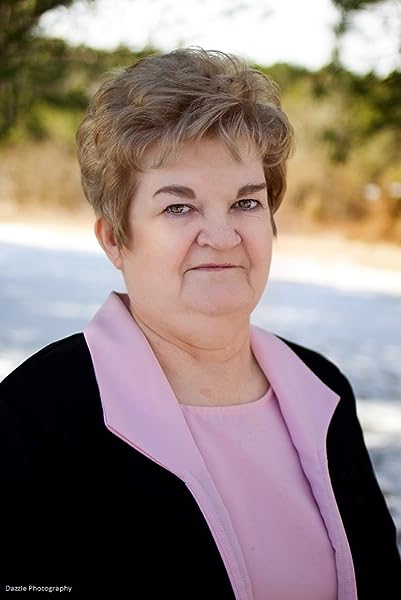 This four book volume is bound to satisfy!

PAIGE'S PROPOSAL
Proposing to a stranger is strange. Right?
Paige Kimball is manipulated into the ridiculous stunt of proposing to the next man who enters the hotel lobby. Shock follows when the Lake Ozark businessman accepts, gives her a ring, and walks away.

More shock follows when Paige learns that Holt Taylor is the father of the twin girls who are disrupting her band class with their rowdy behavior. When Holt asks her to befriend his motherless daughters and spend time with them outside of school, she can’t refuse the request. But can Paige maintain this kind of close contact and resist falling for a handsome man who doesn't share her faith—or risk repeating the kind of mistake her mother made?

Can Holt overcome the betrayals he's suffered and learn to trust God and chance love again?

BROOKE'S BARGAIN
Brooke Whitney is seeking a haven, not love.

Having abdicated her industrialist father’s manipulation, and the questionable business practices demanded of her in his huge corporation, Brooke accepts a job as secretary to a Missouri rancher. But her employer and his small daughter soon begin to complicate her life in ways that involve her heart.

Rancher Barrett Channing has agreed to spend several months on an agricultural work assignment in South America and needs full-time office management while he’s gone. Since losing his beloved wife in a plane crash, he has no plans to risk another marriage. Determined to ignore the way he is unexpectedly drawn to his new secretary, he puts time and space between them, hoping the attraction will go away. But will it?

HALEY'S HERO
Can a poor misfit be accepted back in her hometown?
Haley West has returned to Skyview, Missouri, to look after her family. Her plans do not include another disastrous venture into romance.

Widower Neil Bronson wants nothing more than to assist his ailing parents—and to know if the ministry is in God’s plans for his life. Still grieving, he is determined to shield his heart from the possibility of losing another person he loves.

When Haley and Neil meet on her mail route, sparks of the present begin to outweigh clouds of the past. As they tackle neighborhood and church problems together, new and personal problems begin to develop—issues involving their hearts.

Dare they trust their hearts? Will they recognize God’s plans for their future?

KELSEY'S KEEPER
Kelsey Monroe has avoided the mistake of marriage once, and that’s enough.

She has her friends and beauty salon in her small home town of Skyview, Missouri, and involvement with the nearby Lake Ozark ministry teams. She’s content. When an attractive man who introduces himself only as Nick comes to her aid after she locks her keys in her van, she is attracted, but never expects to see him again. Then an unexpected windfall sends her on a search for her biological brother.

Wealthy businessman Nick Lafferty has never found a woman who holds his interest beyond a date or two, but he is considering looking up the Kelsey who needs a keeper and owns a beauty salon somewhere in the lake area when she appears at his business office, ostensibly seeking a job. When he learns her true motive, he is angry and protective of his brother—yet more attracted to the blonde hair stylist every day.

Can these two independent businesspersons find a way to merge their dreams and lives?
click to open popover

Kindle Customer
5.0 out of 5 stars Great stories
Reviewed in the United States on 4 January 2018
Verified Purchase
Romance comes when you least expect it. After years of loneliness, keeping it at bay by following God and doing works for Him, God Will lead you in sometimes strange ways.
Read more
Helpful
Report abuse