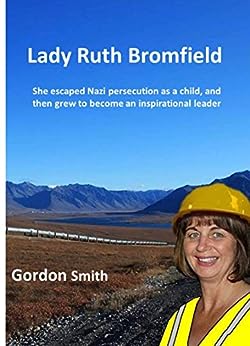 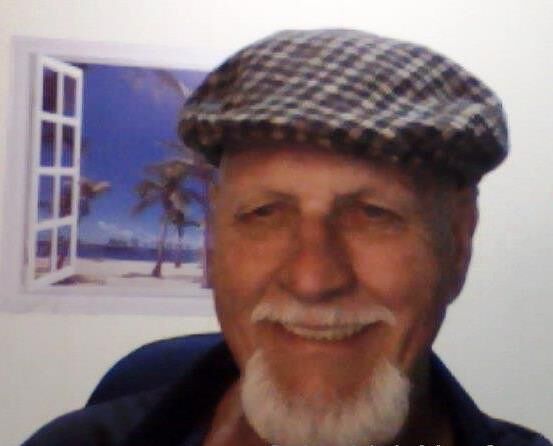 Lady Ruth Bromfield: She escaped Nazi persecution as a child, then grew to become an inspirational leader Kindle Edition

by Gordon Smith (Author) Format: Kindle Edition
See all formats and editions
Sorry, there was a problem loading this page. Try again.
1935. Hitler’s Nazi’s are firmly in control in Germany, and the persecution of the Jews has begun in earnest. In this desperate time of uncertainty, an unmarried Jewish woman gives birth to a daughter, whom she names Ruth.But as the clouds of war gather, and it seems that Europe will once more be engulfed in conflict, Ruth’s mother makes the heart-wrenching decision to send her to safety on one of the ‘Kindertransport’ trains.Arriving in England, Ruth is housed with a priest who raises her in the Christian faith, but also recognises her Jewish ancestry and so employs help to also raise her according to Jewish traditions.It soon becomes apparent that Ruth is a very special child and can build bridges between people of different backgrounds, even at an early age.From Nazi Germany to England and then to Australia, Ruth overcomes religious and ethnic intolerance and becomes an engineer on the Snowy Mountain Hydroelectric Project, defying all the odds.It is a story of overcoming the brutality of life, of chasing your dreams and of bringing people together. But above all, it is a story of hope.
Read more
Previous page
Next page

Retired Traffic Management Project Manager and one of Amazon bestselling author, Gordon, has spent most of his life in sales, public transport and traffic management. Born on 18th May 1945 in the Sydney suburb of Camperdown, while his father was away fighting in World War 2.

Gordon has three sons with his first wife and now has four grandchildren. He married his current wife, Kay, in Brisbane in 2003, and she has been his inspiration ever since.

Gordon has enjoyed the luxury of residing and working in different parts of Australia and in the process enjoyed different employment opportunities. This great working experience in the public transportation industry and then civil construction came to an awesome end in 2013 as he retired at Caloundra, Queensland.

After retirement, he took an interest in researching his family. This research helped him discover links back to the 1400’s and even a distant link to the Royal family of the United Kingdom. Also, during this research, he discovered he had relatives who fought in the Great War. Though he was familiar with his relatives in the 2nd World War, he knew nothing about the men in his family who had fought in the Great War.

This research and discovery gave him knowledge and ideas which brought about the writing of his first book “A family that went to war”. After publishing his first book, other books sprang up easily. His second book was “An Australian story” – the saga of an Australian family over two centuries. In this book, he wrote about Australia early settlement and the events that made Australia and the makings of a family. Amazingly, this book sat on the Amazon best selling list for the Kindle history of Australia and Oceania for about 10 days, giving him further inspiration as he wrote his third book within a calendar year. His third book “The Ministry Communications Unit” is pure fiction based on a fictitious movie company set up by the Government during World War 2. He based a lot of this story around the locations that surround Caloundra.

He next took on a fictional novel “Lady Ruth Bromfield” an inspirational biography about a Jewish girl, raised by an English, Church of England priest and her progress to becoming an inspirational leading industrialist.

His fifth book “Men With a Mission is an eye-opening account of events in Vietnam, Cambodia and Laos during the 1969’s and 1970’s. The main players in this story are a Christian, A Jew and a Muslim who were brought together by an astute Australian Officer and made them into a significant group of investigators.

His Sixth story is a romance story about a woman whose husband dies shortly after he retires. The story follows her life transitioning into a widow who moves into a retirement village. She makes new friends and discovers that it is possible for a widow in her sixties and seventies to be able to enjoy the company of male suitors.

Gordon has been able to utilise his knowledge gained while in the army, driving taxis (he actually became the Victorian Taxi driver of the year at one stage,) along with his vast knowledge of the Civil construction industry in his writings.

This book will open the world of fiction to a whole new level. Gordon feels that this will be his greatest book with a wide area of interest.

Cristella
5.0 out of 5 stars An Outstanding Lady and Exceptional Story
Reviewed in the United States on 18 September 2017
Verified Purchase
What a thoroughly enjoyable experience to read about this lady's life. The terrible sadness to family members at the beginning of her existence was dramatically changed when she was adopted by a wonderful English couple, who loved her as their own. Their humble attitude and deep consideration procured a well balanced and sensitive noble character in Lady Ruth. I love history yet some books can be boring. Not so this one, written about an incredible time of history that should never be forgotten and won't be by all those who dwell in these pages. The author's description of events draws the reader in by the way he paints a picture in the mind with words. What a great movie this book would make.
Read more
2 people found this helpful
Report abuse
See all reviews
Report an issue
Does this item contain inappropriate content?
Report
Do you believe that this item violates a copyright?
Report
Does this item contain quality or formatting issues?
Report