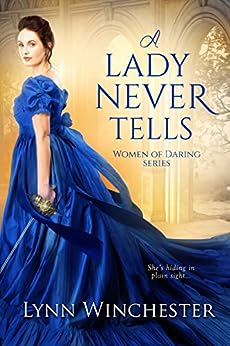 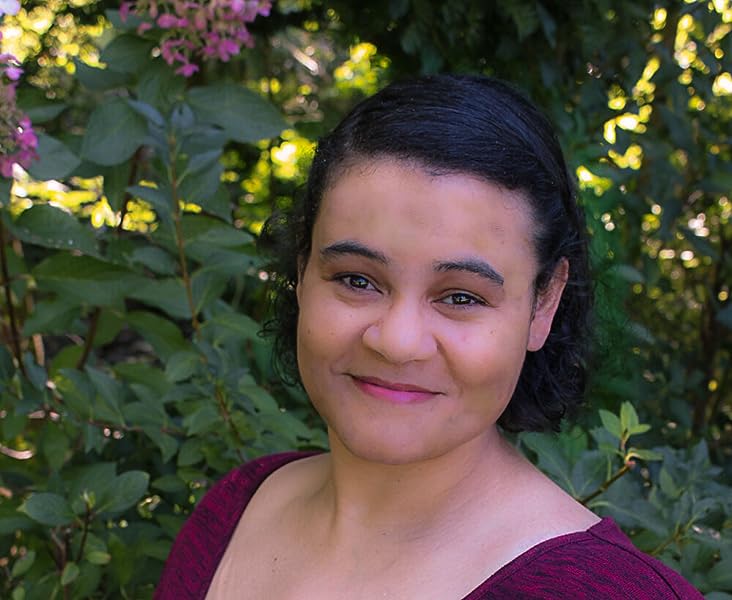 Sandra W
5.0 out of 5 stars Daring in name, daring in nature!!
Reviewed in the United Kingdom on 17 April 2020
Verified Purchase
Absolutely LOVED this exciting espionage infused romance with a refreshing kung fu twist and dark undertones.
This tale forges the way and lays down the foundation for a series surrounding the Daring family. - a refreshingly unconventional family of five daughters and one son, raised in China and tutored in the arts of kungfu, who have been summoned to England to utilise their unique skills by infiltrating the ton and rooting out criminals within its esteemed walls of nobility.
A positively addictive plot of twists, turns and clandestine missions ensue that wetted my appetite for intrigue and tangled me in suspense and stomach-churning tension. I had great fun trying to anticipate the unexpected and wheedle out the conspirators, alongside Victoria, as she attempted to route out the ringleaders, with her older siblings, while misleading (the bedazzled and infatuated) Richard to prevent him from delving deeper.
I adore Winchester's style of writing, whether writing as Lynn or Rosamund, as she tantalises you with tidbits about the villian(s) and interweaves passages that allow you a glimpse of their dark intentions and mindset, leaving you dribbling with anticipation and guessing at their identities. All the time feeding you with a sizzling attraction between the romantic leads. As a result A Lady Never Tells is brimming with sharp wit, mystery, misdirection and deep yearning as the awe inspiring, martial arts adept, Victoria clashes with the compellingly charismatic and increasingly beguilled Richard, as daggers fly, sparks ignite and deception blazes a path to understanding and all consuming love.

Overall a fun book that is believable, evokes realism in its sentiment, wit and lustful musings and cleverly reflects the complexities of the characters from their deepset insecurities, desires, longing hopes and aspirations. A fabulous first book surrounding a family that really gets their hooks into you and refuses to let go with their fun zest for life, intensity and bold daring.
A highly recommended read; very much looking forward to book 2!!!
Read more
Report abuse

lodgie
4.0 out of 5 stars Good Story - A Martial Arts Trained Heroine
Reviewed in the United Kingdom on 4 May 2020
Verified Purchase
An interesting plot. However a little spoilt by poor use of Americanisms author for future note in the UK we have Terraced houses never called row houses also passel is not a word ever used in the UK then or now. A little more research needed .
Read more
Report abuse

Cynthia Johnson
4.0 out of 5 stars An engaging action romance
Reviewed in Canada on 9 December 2020
Verified Purchase
Engaging. Intriguing storyline I love that the heroine was powerful and the hero deserving of her. The family was so fun and loving. Highly recommended.
Read more
Report abuse

Élodie Nicoli
4.0 out of 5 stars An intriguing first in a series
Reviewed in the United States on 23 September 2019
Verified Purchase
Can a woman raised to be on the top of what was expected from her, find someone whom will accept her wholly.

Right from the premise of the book I was intrigued, the Darings siblings were introduced as a group of super agents in the making with an historical background.
Then there were many breaches in the historical rules, how a second son of a duke could be a Viscount, was he rewarded a tittle?
It is the regency period, never a young woman on the shelf or not could have been allowed to go out with a gentleman without someone acting as a chaperone.
The main characters are nice persons, Richard, after some years of wandering among the London society, finds himself bored and looking for giving a true meaning to his life.
Victoria is herself lost, her upbringing made her a powerful weapon but her heart is confused on how combining spying and a family life outside hers. She has so many uncertainties, when her job requires self-confidence.
So when they partner, they also bring focus on themselves and those around them.

I loved the idea and the relationship between the different Darings, each has its own strong personality. But the more the story progressed, the more I had doubts about Victoria, for the eldest and supposed strongest, she was quickly unsettled and lacking reactions. And I am not fond of women with wobbling knees when around handsome men. For all her training, she lacked a bit of strength to control her own feelings. Sure, nobody is perfect, and flaws help to render a character more realistic, I would have preferred her less emotional and perturbed when around Richard, more focused on her mission.
I am very much interested in her sisters’ and brother’s evolution, they all sound a great group of very various and vivid personalities.

In all, it was an entertaining read with a suspenseful background and a bunch of colorful characters.
4 stars

I was granted an advance copy through Netgalley by the publisher Entangled. I purchased my own copy.
Here is my true and unbiased opinion.
Read more
2 people found this helpful
Report abuse

reader
4.0 out of 5 stars "Clean" but not sweet
Reviewed in the United States on 1 October 2019
Verified Purchase
This might be technically considered a clean romance but I wouldn't consider it sweet as it includes some dark topics. Murder, drug addiction, blackmail. And many "heated desire" references. Interesting characters, especially the daughters in the Daring family. I think the author has set the stage for an original series. There is however, a noticeable lack of regency feel in dialogue and behavior. Modern speech, lack of chaperones take you out of the period.
Read more
3 people found this helpful
Report abuse
See all reviews
Back to top
Get to Know Us
Make Money with Us
Let Us Help You
And don't forget:
© 1996-2021, Amazon.com, Inc. or its affiliates