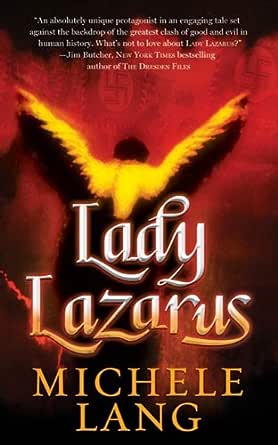 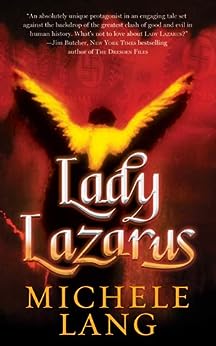 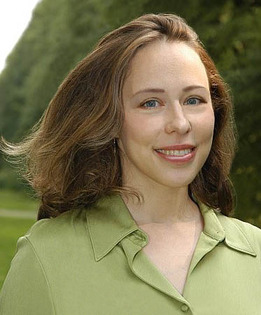 MICHELE LANG, like her protagonist, is the daughter of Hungarian Jewish parents. Neither a witch nor able to defy death like the Lazerii, she was inspired, nonetheless, by the selfless heroism of her family in WWII. She lives on Long Island. --This text refers to an out of print or unavailable edition of this title.

"An absolutely unique protagonist in an engaging tale set against the backdrop of the greatest clash of good and evil in human history. What's not to love about "Lady Lazarus"?" --Jim Butcher, bestselling author of The Dresden Files series "With lyrical prose, a fascinating heroine, and a darkly powerful, emotional narrative, "Lady Lazarus" is simply magic. Intriguing, beautiful, and impossible to put down." --Meljean Brook, bestselling author of The Guardians urban fantasy romance series "By cleverly mixing her fantastical creations into real history, Lang crafts a creative and tense story as all of Europe awaits the September invasion of Poland. Lang is a writer to watch and is sure to have wide appeal to fans of Jim Butcher, Kat Richardson, and other urban-fantasy A-listers. An outstanding debut."--"Booklist" (starred review) "Lang's fantastic tale will have you rooting for the heroine and holding your breath to see if a lone woman and her guardian angel will be able to free an entire continent from evil."--"RT Book Reviews "(Four Stars) "It's a dark little gem of a book. Strange and stirring and unlike any historical fantasy I've read before. I hope we'll hear a lot more from Ms. Lang."--Kat Richardson, bestselling author of The Greywalker series "Lyrical, haunting and full of a dark, sublime beauty, Lady Lazarus is simply stunning."--Nalini Singh, "New York"" Times" bestselling author of "Blaze of Memory ""Michele Lang's "Lady Lazarus" is a beautifully written tale set in a complex, alternate Nazi Europe. The characters are dark and well developed, and the author is a talented storyteller."--Faith Hunter, author of the Rogue Mage Series "A skillful blend of fantasy adventure and period fantasy, this elegant story belongs in most fantasy collections and should appeal to fans of Jim Butcher's "The Dresden Files" series and Kat Richardson's "Greywalker" books."--"Library Journal ""A fascinating story and concept--a daughter of the Lazarus bloodline capable of rising from the dead. Filled with adventure, imbued with history, and beautifully told. Wish I had thought of it."--Sunny, bestselling author of "Lucinda, Dangerously ""Lady Lazarus is brilliantly original and delicious to read. It's the sort of book that keeps you up all night and leaves you wanting more."--Diana Pharaoh Francis, author of "Bitter Night" --This text refers to an out of print or unavailable edition of this title.

2.4 out of 5 stars
2.4 out of 5
5 global ratings
How are ratings calculated?
To calculate the overall star rating and percentage breakdown by star, we don’t use a simple average. Instead, our system considers things like how recent a review is and if the reviewer bought the item on Amazon. It also analyses reviews to verify trustworthiness.

Kelly (Fantasy Literature)
4.0 out of 5 stars The end of an elegant era
Reviewed in the United States on 25 January 2012
Verified Purchase
Lady Lazarus by Michele Lang is a historical fantasy set just before the beginning of World War II, in a slightly skewed version of our world. What makes it skewed is that in this alternate history, magic exists and plays a major role in world events. For example, Hitler's werewolves are literal here.

Perhaps Lang's most controversial decision is that Hitler is in league with, and sometimes possessed by, a demon. Some readers may see this as a cop-out. In my opinion, though, Lang wrote this in the only way that isn't a cop-out. Namely, Hitler is the master, not the servant, in the relationship. Lang doesn't use the demon to absolve Hitler of anything; this is no "the devil made him do it" scenario. It's clear that he'd be just as evil without supernatural help and is simply using the demon as an additional tool in gaining power. And the real-life Hitler was interested in the occult, so to me it's believable that he'd have tried something like this if it had been possible.

The title refers to the novel's heroine, Magda Lazarus, who is doubly in danger in this increasingly intolerant Europe: she is both Jewish and a witch. Specifically, she is a Lazarus witch, which means that she has the ability to return from the dead under certain circumstances. As Lady Lazarus begins, she learns of the dire fate awaiting her people. She resolves to find the long-lost Book of Raziel in order to save both the world and her own small household, consisting of her fragile, prophetic sister and her non-magical ingenue best friend. Magda is a heroine who isn't always wise and isn't always nice, but commands admiration in her willingness to risk not just death but damnation to thwart Hitler's plans. Also compelling is the plight of the angel Raziel, who wants to protect Magda but is constrained by divine laws regarding human free will, and increasingly chafes at these restraints as he becomes more attached to her.

Lady Lazarus has plenty of action but often strikes an elegiac tone rather than that of a thriller. Magda narrates the events of 1939, but is writing them down in the year 1945, and she strongly implies that not all of her loved ones will survive to the end of the series. She mourns a lost world, too, in the form of the cafes of Budapest. Lang paints an elegant setting, embellished with curls of coffee-steam and cigarette smoke, that would be right at home in an old movie; in fact, I realized at several points that I was picturing people and places in black and white. It wasn't for lack of vivid description -- quite the contrary! -- but because it fit the mood Lang evokes. This elegant world is dying as the Third Reich advances, and we keenly feel its loss along with Magda.

The novel has a few issues. Several scenes feel summarized rather than fully shown and might have been stronger if they'd been more fleshed out; the demonesses' attack on Magda and her training at the hands of Lucretia de Merode are two examples. It's also sometimes hard to grasp the magical rules, as in why a type of magic will work in this situation but not in that one. More elaboration on Lucretia's lessons would have helped with that too, come to think of it.

To Lang's credit, however, these problems feel like minor rather than major annoyances. I noticed them in passing, but on the whole was utterly engrossed in Magda's adventures and couldn't stop reading about her or thinking about her. The publisher's blurb comparing Lady Lazarus to a blend of Twilight, Dresden Files, and True Blood misses the mark; it's completely unlike those. If I were to place Lady Lazarus at the intersection of three other books, I might choose Katherine Kurtz's  Lammas Night  (for its theme of witches vs. Hitler); Annmarie Banks's  The Hermetica of Elysium (Elysium Texts Series)  (for its plot centering on a woman traveling through hostile territory, seeking a book, and learning to wield magical power); and a little bit of Laini Taylor's  Daughter of Smoke and Bone  (mostly for its Eastern European bohemian cafe atmosphere and maybe for the angel romance, though it's a very different angel romance).

Lang's supplemental guide,  The World of Lady Lazarus , elaborates more on the real history and mythology behind some of her tweaks and on her decision to write about this "third rail" topic. It can be found at Smashwords or for Kindle, and is a fascinating read. Magda's story continues in  Dark Victory .
Read more
One person found this helpful
Report abuse

Michael
4.0 out of 5 stars very good
Reviewed in the United States on 28 November 2012
Verified Purchase
I am not a professional product rater which so often appears to be what shows up on Amazon, just a regular customer. I love reading sci fi and fantasy for many decades now and have an extensive collection (although I am paring it down). I really like books by Jim Butcher and saw he gave her his recommendation and so I picked it up. Very glad I did. Certainly if you like Jim and Rachel Caine and others like them you should really like her book, i look forward to reading her other ones.
Read more
Report abuse

S. Deneff
2.0 out of 5 stars Two Stars
Reviewed in the United States on 24 January 2017
Verified Purchase
I didn't finish this book. It moved too slow for me.
Read more
Report abuse

Dallas Barnes
1.0 out of 5 stars A confusing tale.
Reviewed in the United States on 18 November 2012
Verified Purchase
It had the makings. Wouldn't recommend it. Ms. Lang needs to work on her story telling. Didn't really care about anyone.
Read more
Report abuse
See all reviews
Back to top
Get to Know Us
Make Money with Us
Let Us Help You
And don't forget:
© 1996-2021, Amazon.com, Inc. or its affiliates