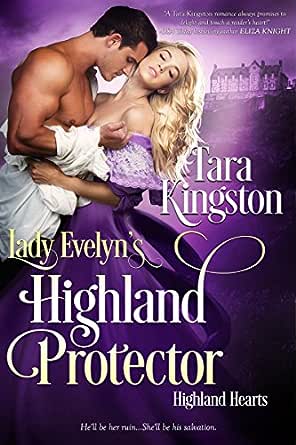 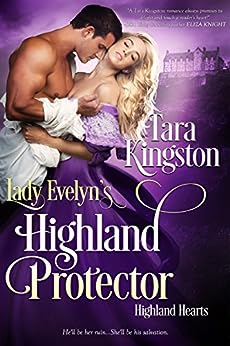 Bec
TOP 500 REVIEWER
5.0 out of 5 stars Fantastic read by a wonderful author!
Reviewed in Australia on 13 December 2017
When Lady Evelyn Hunt witnesses an assassin's escape after they commit a terrible crime, Scottish spy Gerard MacMasters decides he'll do anything to keep her safe, even if it means lying to her to gain her trust. However, Gerard finds himself falling for her, despite the fact that he's already lost someone he loves and isn't ready to care so deeply for another woman again. But with the danger closing in on Lady Evelyn and an assassin determined to silence her, Gerard will do whatever it takes, even if it means keeping her safe but losing the chance for happy ever after?

This was such an enthralling and fascinating read, which I absolutely loved right from the start, as the heroine is determined to be independent and not let her past and the scandal that rocked her world ruin her present and future. However, it was the moment the hero and heroine came face-to-face that this story became very intriguing, especially after what the heroine witnesses. Will Evelyn finally discover what is going on?

As for the dialogue, it was well-written, compelling and I loved the interactions between the hero and heroine, as she does her best to resist the hero. Yet, he's so charming that keeping her distance isn't easy. Moreover, both the main characters were highly entertaining, as the hero has secrets to hide and protecting the heroine is his number one priority. Will Evelyn make things easy or difficult for Gerard? How long will the hero be able to keep his secrets from Evelyn before it's no longer possible? Since she deserves to know the truth with how much danger she's in.

With the main characters, they both have very interesting back stories and I could understand why the hero is so driven to do what he does because of his. He's also charming, protective of the heroine, and I liked how confident he was in winning the heroine's trust, even knowing that it won't come easy after all that she's been through with her ex. While with Evelyn, her back story has made her the resilient, courageous woman she is and I loved how she's picked up the pieces of her life after the scandal. How could her ex do what he did? I also liked how she handled everything she goes through in this story including the unkindness of her best friend's soon-to-be sister-in-law and the danger she faces from what she witnessed.

Overall, Ms. Kingston has delivered a completely engaging and wonderful read in this story where the chemistry between this couple was strong and instantaneous from the moment they met; and the ending had me worried for one of the main characters. Would they be all right? Yet, what I liked most is that the heroine was willing to fight for their happy ever after. Will Gerard realize he feels the same way before it's too late? However, in saying that, I loved the lengths the hero went to in winning back the heroine. I would recommend Lady Evelyn's Highland Protector by Tara Kingston, if you enjoy Historical Romance with a good dose of suspense or books by authors Alyssa Alexander, Jennifer Trethewey, Lori Ann Bailey and E. Elizabeth Watson.

Cindy Lynn
5.0 out of 5 stars Must read for all historical romance lovers
Reviewed in the United States on 12 January 2018
Verified Purchase
What a great read!!! I absolutely loved this book. I loved there heroin, she was very refreshing and the hero was just yummy. I enjoyed the intrigue of the story as well as the back drop. The story was told at a great pace. I thoroughly enjoyed the flirtation and scenes with the h/h, they were well written and gave a glimpse at the h/h behind the persona that society sees.
Great book, great story! A must read for all historical romance lovers!
Read more
One person found this helpful
Helpful
Sending feedback...
Thank you for your feedback.
Sorry, we failed to record your vote. Please try again
Report abuse

Kindle Customer
3.0 out of 5 stars Better than average plot
Reviewed in the United States on 12 August 2018
Verified Purchase
Glad I decided to read this when coming back to a Highland bodice ripper after some time. Some excitement of a different kind to be sure, kept it from being too easy to predict. I have soft spot for SCOTLAND AND SCOTS😄 BONNIE JEAN SCOTT. K
Read more
Helpful
Sending feedback...
Thank you for your feedback.
Sorry, we failed to record your vote. Please try again
Report abuse

Sandy
2.0 out of 5 stars Interesting story
Reviewed in the United States on 11 August 2018
Verified Purchase
The 2 main characters could not decide if they really loved or needed each other switching back and forth every other minute. Too much angst. Loved the other minor characters. Hero was saved by the lady.
Read more
Helpful
Sending feedback...
Thank you for your feedback.
Sorry, we failed to record your vote. Please try again
Report abuse

Kindle Customer
5.0 out of 5 stars Scot Highland
Reviewed in the United States on 5 January 2019
Verified Purchase
This story has many twists and turns. I like how She brings everything together. You really need to read this. Enjoy
Read more
Helpful
Sending feedback...
Thank you for your feedback.
Sorry, we failed to record your vote. Please try again
Report abuse
Load more international reviews

Karen Locker
5.0 out of 5 stars An amazing book!
Reviewed in the United States on 11 August 2018
Verified Purchase
I've always enjoyed romance books. This has been the best one so far! I'm looking forward to reading more of her books.
Read more
Helpful
Sending feedback...
Thank you for your feedback.
Sorry, we failed to record your vote. Please try again
Report abuse