A Lady Can Never Be Too Curious (Steam Guardian Book 1) and over 1.5 million other books are available for Amazon Kindle . Learn more
Share <Embed> 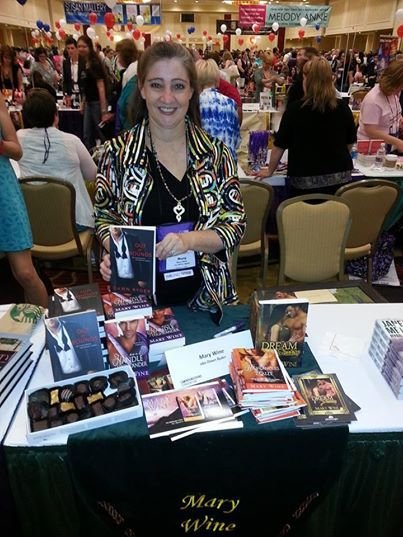 Page 1 of 1 Start overPage 1 of 1
Previous page
Next page
Start reading A Lady Can Never Be Too Curious (Steam Guardian Book 1) on your Kindle in under a minute.

"A "Lady Can Never Be Too Curious", is very different from what we've read about in history books or traditional romance novels set in this time period. " - The Good, The Bad and the Unread

"Fans looking for that gutsy historical with extraordinary twists will love A LADY CAN NEVER BE TOO CURIOUS. " - The Romance Reviews

"I loved this book. I loved both the hero and the heroine, the mystery, and the whole secret society thing. It was perfect. I can't wait to read the rest of this series. " - Books Like Breathing

"Filled with action, intrigue and a small twist of humor, A Lady Can Never be too Curious is for the true lover of romance - some of the scenes are sure to peel the wallpaper right off the walls." - Book Loons

"I honestly loved this book and cannot wait for the next installment in the series." - Yankee Romance Reviews

"The pages spark with manners and mayhem. Wine (Unexpected Pleasures) has created a world readers will want to return to, especially after a conclusion that leaves many questions unanswered." - Publishers Weekly

3.7 out of 5 stars
3.7 out of 5
16 global ratings
How are ratings calculated?
To calculate the overall star rating and percentage breakdown by star, we don’t use a simple average. Instead, our system considers things like how recent a review is and if the reviewer bought the item on Amazon. It also analyses reviews to verify trustworthiness.

giki
2.0 out of 5 stars a great feisty heroine but I never really got into the story
Reviewed in the United Kingdom on 29 November 2016
Verified Purchase
Janette loves science and is desperate to learn but she must keep her passion secret from her strict father who considers it a socially dangerous and unrespectable pastime for his daughter. When she becomes linked to the illuminists, a secretive society who value learning, equality and freedom, everything her father despises, he takes drastic action and she is forced to seek sanctuary within the illuminists order.
Janette is a likeable feisty heroine who takes no nonsense and will not be intimidated even when she is well out of her depth.
I had several problems with this book.
Firstly, the heroine loves science, the illuminist order is all about science. She reads scientific publications and studies hard. But, there is very little science, science fiction or science fantasy in this book, what there is you could write on the back of a postage stamp. Janette studies hard, we are lead to believe that the bulk of her course is science but, all we hear about is Asian Fighting techniques. I fear that the author does not like science very much, either that or she thinks her readers won't like it.
Also, I don't really get the romance aspect of the book, Darius is handsome, so we are told often, but, for the first 60% of the book, he is not particularly nice to the heroine or supportive of her, he pretty grumpy and annoyed with her, for no reason other than she exists and he finds her 'mesmerising' . Why she sticks with him I do not know. I guess she just feels it in her 'passage'.
There is a lot of the 'hero just can't control himself in the presence of a woman he fancies' stuff going on, one of my least favourite romantic fiction clichés. A normal man might turn a bit red, sign deeply or give a lingering look, Darius pushes her up against the wall and kisses her passionately, despite the fact that he really really does not want to do this, and it makes him very grumpy again...
The pacing of the book seemed a bit off to me. Especially in the early chapters, it rushes at the hurdles. Someone has a challenge to overcome...next paragraph....everyone is congratulation them for overcoming said challenge etc, It happens quite a bit. I didn't feel that the story flowed, there was not build up of tension or intrigue. The writing in the more 'passionate' parts of the story seemed clunky, with many oft-repeated phrases and frequent references to the heroine’s 'passage' which made me unsure of whether to cringe or laugh.
I could go on but I think I have said enough. this book really dragged for me.
Read more
3 people found this helpful
Report abuse

George Phillips
5.0 out of 5 stars An extraordinary experience!
Reviewed in the United Kingdom on 13 June 2016
Verified Purchase
The story was extraordinary,two very different organizations with extremely different goals,and a young woman catapulted into a situation she could never have imagined in her wildest dreams,and naughtiness that blows her hat to mars,I enjoyed it,and hope that the sequel completes the experience!
Read more
Report abuse

Giddyup
5.0 out of 5 stars Good read.
Reviewed in the United Kingdom on 25 April 2014
Verified Purchase
My wife is reading this book at the moment. She said it is a very good read and would recommend to a reader that
likes a bit of spice in their reading.
Thank you.
Read more
Report abuse

Nicole Laverdure
5.0 out of 5 stars Fascinating!
Reviewed in Canada on 23 November 2012
Verified Purchase
Love it! I'm a fan of Mary Wine's Highlander series, but when I saw the cover I found it appealing and fascinating! This is my first Steam Punk book and I think there will be more on my wish list. I was curious to know more of the "Illuminists". Her characters Janette and Darius are passionnate in this new world that Ms. Wine created for her readers.
Janette's curiosity takes her inside the Illuminist's doors, she meets the most formidable man she's ever met. Darius. Love and intrigue in the search of the Deep Earth Crystals!
I really had a hard time putting it down because I wanted to know what was coming next. Mary Wine is a high-quality writer that kept my interest throughout the book and gave me that feeling to read the next one to be released in June 2013 "A Captain and a Corset".
Ms. Wine is one of my favorite authors and again has written a wonderfull story.
I will definitely buy more books of hers.
Read more
Report abuse
See all reviews
Get FREE delivery with Amazon Prime
Prime members enjoy FREE Delivery and exclusive access to movies, TV shows, music, Kindle e-books, Twitch Prime, and more.
> Get Started
Back to top
Get to Know Us
Make Money with Us
Let Us Help You
And don't forget:
© 1996-2020, Amazon.com, Inc. or its affiliates