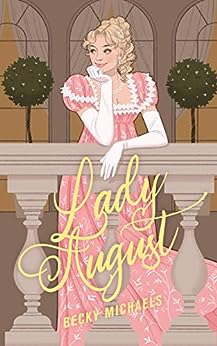 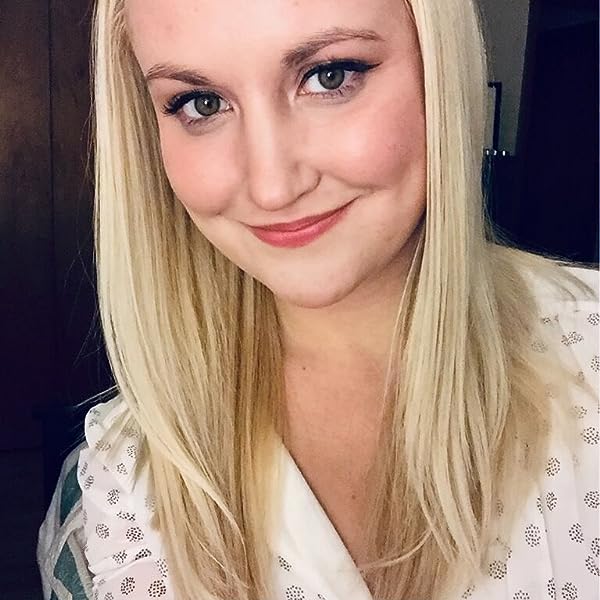 "Readers looking for an uncomplicated historical love story will be satisfied with this literary confection." -BookLife Reviews

"Lady August is a simmering historical romance in which a social outcast becomes an heiress and learns to take chances." -Foreword Clarion Reviews

"Becky Michaels tells a story that feels both familiar and fresh...a smart historical romance that features women who choose to live on their own terms and who want only a man willing to love and admire that completely." -Independent Book Review

Trina H
TOP 1000 REVIEWER
5.0 out of 5 stars Hard to stop reading
Reviewed in Australia on 9 May 2021
Another enticing book from this author. I read the first book by this author ‘The Land stewards daughter’ and I found this one just as good. I found it a hard book to put down wanting to know what would come next. The secrets that families hold are slowly reviled. The slow burn romance between Brooks and August keeps the reader wanting more. I look forward to the next book by this author.
I received an advance review copy for free, and I am leaving this review voluntarily.

Élodie Nicoli
4.0 out of 5 stars A lovely second chance ...
Reviewed in the United States on 31 March 2021
Verified Purchase
Will he let his fear drive her away ...

It is the cover that caught my eyes first, I even thought it was a comics or manga, why I expected more of an historical rom-com.

I was a bit annoyed with August, she is a daring young woman who takes not well-thought risks. She is young, bored and aware life will offer less than more as a poor orphan.
But with each dare, comes a price.
She will later discover how much reckless acts could cost her.
After with no real prospect, I can understand she wanted to have a taste of what is so forbidden to young misses, but the risks may come with a tremendous price, I think she risked much for even less than expected.
Outside this risk-taking side, she is a lively and caring woman, who is fast to stand on her two feet when thrown from one place to another.
She adapts and learns to voice what she wants or not, even when her caregiver is quite much improper in the eyes of polite society.
Samuel Brooks is a man who closed the door to any form of closeness and affection. He is determined to never love nor marry, his relatives examples give him credence that he is on the right path.
Yet he is drawn to his new charge turned employer. He might deny it, and run away every time they get too close. Still, nothing can free him from the pull he feels for her.
But damaged he is and for him to hand his trust and his heart is like shattering his whole life oath.
I was upset at him for being so tight lipped about the reason behind his dislike of marriage, he could have shared them with August. Voicing his fears could have helped him to overcome them. Why it is up to her to dig into Brooks past to unravel the mystery he is.

There are some errors I suppose will be corrected by time of the release, like the age of the heroine 20, 21 or 23, 2 or 3 years working as a governess.
After I wondered why does she never call him by his first name, he is no nobility, so when in intimacy, he could simply be Samuel.
Then there is what is impossible, people calling her a lady, whatever a peer would demande, she can never be no one else than a miss, acknowledged child or not. An orphan from unknown parents, an illegitimate daughter, an acknowledged but out of wedlock daughter could never be called a lady.
3.5 rounded up 4 stars

James W
5.0 out of 5 stars An Exercise in Romantic Tension
Reviewed in the United States on 10 April 2021
Verified Purchase
Becky Michael’s latest novel, ‘Lady August,’ is a Regency-era ‘rags-to-riches,’ opposites-attract romance that eschews a ‘paint-by-numbers’ approach for a deep dive into the murky motivations that guide us all.

Raised in an orphanage, August Summer was no stranger to hardship. But through Dickensian stroke of luck, at the age of eighteen, she suddenly becomes a governess. Immediately and woefully out of place in her new life, the task of August’s assimilation into high-society is assigned to a lawyer named Samuel Brooks. Per his client, the Earl of Bolton’s request, Brooks reluctantly accepts the task.

Brooks soon becomes infatuated with the young heiress, but his pragmatic and cynical disposition regarding all-things marriage, heavily rooted in childhood trauma, places him at odds with his heart. What follows is an exercise in a romantic tension, one that leans heavily on suspense and offers readers a surprisingly nuanced plot and healthy doses of historical context.

For her part, Michael’s second foray into the realm of historical fiction feels that much more confident. The Boston-based author has never had an issue painting the picture of pre-Victorian England, but her greatest asset this time around just so happens to be the messy, flawed protagonists at the heart of this story. Be it August’s debilitating feelings of inadequacy or Samuel’s penchant for self-sabotage, the characters at the heart of this story might be from another century, but they ‘feel’ incredibly real and contemporary.

While the brisk pace and abundance of modern vernacular may irk purists, ‘Lady August’ is a solid narrative that would work in nearly any decade. In fact, I could argue that if this novel had been set during the ‘Jazz Age’—I don’t know why, but the cover immediately had me thinking of Fitzgerald’s ‘Tender is the Night’—the story might’ve even had more impact.

Regardless, ‘Lady August’ is a win in my book—for fans of historical fiction, highly recommended.
Read more
One person found this helpful
Report abuse

M. Fritz
5.0 out of 5 stars Stunningly Addictive
Reviewed in the United States on 29 April 2021
Verified Purchase
This beautifully covered book is stunningly addictive and brilliantly entertaining! From that very first page I was captivated and eager for more. I simply could not get enough. The ending was a tad bittersweet for me, as I never wanted this beautiful book to end. There were so many delightful characters that all had tales to tell and I hope that one day soon we are gifted with them.

August is easy to adore. She's sweet and kind hearted with a wild stubborn streak that all of the best heroine's possess. She made a grave mistake that comes back to haunt her. I like to think that will the maturity of age, she wouldn't have made that mistake. But who knows? She longs to belong and be loved and she's so very loveable!

Brooks is the absolute perfect male swoony hero. He comes onto the rescue with all of his wits about him, and yet his heart soon awakens. He doesn't want a wife and most certainly not one that everyone seems to keep pushing him towards. But he can't deny his heart nor his duty. His staunch attitude makes for a few drunken episodes that absolutely bring out more shades of his character. He's positively delightful.

I'm so excited that I've found a new favorite author! I can't wait to read her other work. This was thrillingly enjoyable and I can't wait to go back for a re-read. These characters are layered so deeply into my heart now. One click this steamy regency romance and fall in love today!
Read more
One person found this helpful
Report abuse

Customer Reader
4.0 out of 5 stars Great for those looking to break into reading historical romance
Reviewed in the United States on 21 April 2021
Verified Purchase
Normally I am not a big historical romance reader but Bridgerton had changed my mind a bit. The cover of this story definitely captured my attention and the blurb solidified my curiosity. The pacing of the book is great and I didn't find any areas that sagged where I lost interest. Opposites attract is definitely one of my favorite tropes. I would say the only obstacle for me is that while this is a romance so we know they will end up together by rule of the genre, it was almost too easy for the hero to complete his character arc. In other words, I felt that there was a lack of needed tension that even though we know an HEA is certain, it would be nice to always have that possible seed of doubt. I would definitely recommend this for those who enjoyed Bridgerton on Netflix but might not be die hard historical romance fans.
Read more
Report abuse

lily mooze
5.0 out of 5 stars A warm love story
Reviewed in the United States on 18 April 2021
Verified Purchase
August Summer's life suddenly changes from that of an orphan to that of an earl's daughter. Lord Bolton is on his death bed and requests his solicitor, Samuel Brooks, to find his illegitimate daughter, and bring her to him. This is against his family's wishes including his son, Charles Bolton, an avid gambler. Life changes for August as soon as her father dies and she has to maneuver her way around the treachery of her own family and their evil plots while pursuing her love interest, Brooks, who prefers to remain celibate for life. He soon realizes his rigid stand against marriage may change as soon as he meets August Summers.

I could hardly put the book down. The plot is fast-paced and the ending will fulfill every reader's curiosity. I loved how the characters were intertwined throughout the storyline. August's personality is one of resilience and assertiveness. This is one book that inspires me to look for more of the author's books.
Read more
Report abuse
See all reviews
Back to top
Get to Know Us
Make Money with Us
Let Us Help You
And don't forget:
© 1996-2021, Amazon.com, Inc. or its affiliates