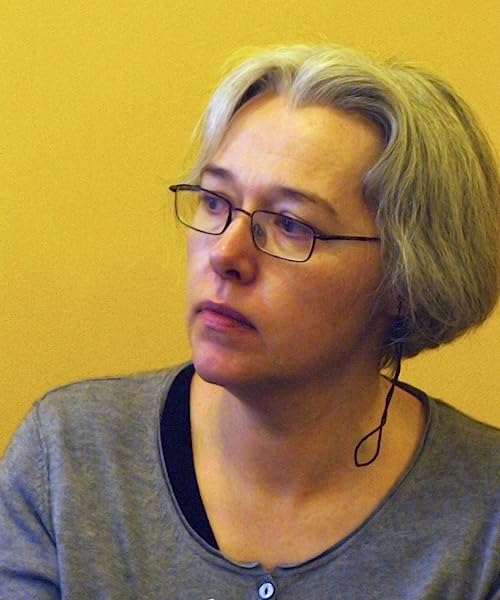 by Susanna Clarke (Author), Charles Vess (Illustrator)
4.3 out of 5 stars 540 ratings
See all formats and editions
Sorry, there was a problem loading this page. Try again.

Page 1 of 1 Start overPage 1 of 1
Previous page
Next page
Start reading The Ladies of Grace Adieu and Other Stories on your Kindle in under a minute.

4.3 out of 5 stars
4.3 out of 5
540 global ratings
How are ratings calculated?
To calculate the overall star rating and percentage breakdown by star, we don’t use a simple average. Instead, our system considers things like how recent a review is and if the reviewer bought the item on Amazon. It also analyses reviews to verify trustworthiness.

SnakyPoet
5.0 out of 5 stars Real fairy stories
Reviewed in Australia on 27 February 2014
Well, they sound real to me! Not stories of pretty wee things with wings and wands, but of capricious beings who dwell alongside humans but are much longer-lived. Are these based on actual folk legends, or did Susanna Clark invent them entirely? I haven't researched that question yet, but it hardly matters. The stories are convincing and highly entertaining -- and just a little tongue-in-cheek.
Read more
2 people found this helpful
Helpful
Report abuse
See all reviews

Amazon Customer
5.0 out of 5 stars A captivating return to the worlds of Strange, Norrell and Faerie
Reviewed in the United Kingdom on 24 September 2017
Verified Purchase
I couldn't bear to depart from the world of Strange and Norrell at the close of the novel, so I immediately alighted on 'The Ladies'. I found it charming and was delighted to be back in the same universe without the overarching narrative of the first novel - I felt as if I could take my time here, there was less urgency to find out what was to come (also, this is quite short so I think I was more aware of savouring it). I don't want to include spoilers but noting characters and allusions, familiar from the first novel felt satisfyingly like an inside joke. There were also new things, and the extra information about Faerie made me want to read more/read the first one again.
Despite really enjoying this, I must say that I don't think that I would have been as captivated by it had I not read Strange and Norrell first. Nonetheless, it worked for me well, I enjoyed it and by the time I had finished it I was happy enough to read something different without feeling bereft.
Read more
8 people found this helpful
Report abuse

Henry
2.0 out of 5 stars Excellent book, shoddy edition
Reviewed in the United Kingdom on 25 March 2021
Verified Purchase
Anyone who has read Jonathan Strange knows how good Susanna Clarke is, and this follow-up is a very welcome return to that world. A print copy would be an excellent book, but the kindle version which is sold is a travesty -- scanning errors abound, particularly missing punctuation and formatting which make the text hard to read. Five stars for the book, none for the publisher and this kindle edition.
Read more
One person found this helpful
Report abuse

M. Dugdale
5.0 out of 5 stars Ladies make magic!
Reviewed in the United Kingdom on 19 May 2017
Verified Purchase
A series of short stories from the author of Jonathan Strange and Mr. Norrell.
Good stories, sort of Jane Austen meets Faery Mary Shelley and Bram Stoker. The authors second book, I believe, and nothing more since - perhaps the creative juices have dried up? I had heard somewhere that a further book was in the pipeline, but delayed due to ill health?
If one does get published, I will be near the front of the queue to purchase one!
Read more
5 people found this helpful
Report abuse

Miss T
1.0 out of 5 stars Boring, dull and irritating language and spelling.
Reviewed in the United Kingdom on 14 April 2021
Verified Purchase
Not often I find myself totally unable to finish a book.. this was awful.. utter drivel.. written without any consistency wherever characters were speaking, with accents and spelling failing to provide any reality.

E.A. COLE
5.0 out of 5 stars A very rare delight.
Reviewed in the United Kingdom on 29 May 2013
Verified Purchase
Jonathan Strange & Mr Norrell is definitely in my top twenty books list so when I came across this slim volume of eight previously published stories based on the same characters and ideas from that novel I just had to read it. Only I didn't just read it I devoured it in an evening and reread each story more slowly the next.
The world Susanna Clarke has created - a Regency England where magic has shaped its history, magicians practice their art and one, The Raven King, once ruled the North; where fairies, malevolent or benign, exist alongside men and women who may either be helped by them or be kidnapped by them into 'other' lands - is witty, delightful and beyond compare.It's Arthurian Legend dressed in a frock coat. It's English mythos channelled through Jane Austen. I love it!
My favourite story - Mr Simonelli or The Fairy Widower -fits firmly in the latter mould with the hapless hero, a Reverend Gentleman, pitting wits with a particularly wicked fairy leading him to an unexpected discovery, whilst trying to improve his prospects by courting some rich young ladies!
In the other stories The Duke of Wellington and Mary, Queen of Scots make appearances, as does The Raven King himself in a moral tale that is as funny as it is charming.
The fact that Susanna Clarke has chosen the quality not quantity route of writing, (though JS&MN is a massive novel it took some years to write), makes each story in this book rare and precious. I await more with patience...
Read more
6 people found this helpful
Report abuse
See all reviews
Back to top
Get to Know Us
Make Money with Us
Let Us Help You
And don't forget:
© 1996-2021, Amazon.com, Inc. or its affiliates