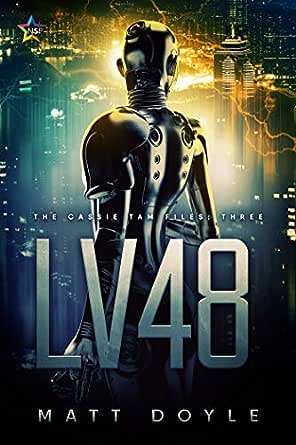 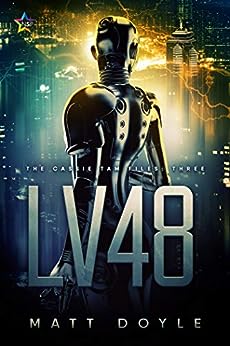 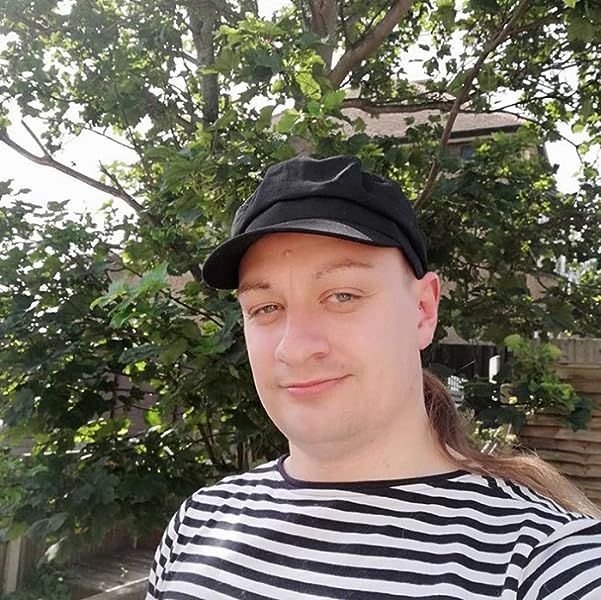 New Hopeland City may be the birthplace of Tech Shifter gear, but it isn’t the only place that likes to blend technology with folklore. Now, a new nightmare is stalking the streets…

When PI Cassie Tam is attacked on the way home one night, she expects the police to get involved. What she doesn’t expect is to be forced into acting as bait to lure out a lunatic in a tech-suit that’s literally out for blood. But past actions have consequences, and doing so may be the only way she can get a clean slate from the city’s law makers.

If only that didn’t mean having to face down a wannabe vampire.
click to open popover

R. R. Langham
4.0 out of 5 stars Palatable and well-executed
1 December 2019
Format: Kindle Edition
“Set in the near future, Addict combines the engrossing, tenebrous elements of 1930s noir crime fiction with the spectacle and possibility of science fiction.” – Extract from my review of Book 1 in this series.

I wanted to read LV48 as soon as its release was announced. Not only was it written by Matt Doyle, a highly active and positive member of the online LGBTQIA+ community, but the title was clearly a nod to Aliens – which happens to be on of my favourite movies.

This is the third book in the Cassie Tam series, a collection of futuristic crime noir stories set in the ever-fascinating city of New Hopeland. Manipulated and controlled by a complex criminal network, Doyle continues to work wonders as he explores New Hopeland’s shadowy underworld. It would be difficult to understand the intricacies of the plot without having read the first two, and so I hope readers pick up ‘Addict’ and ‘The Fox, the Dog, and the King’ before delving into LV48. That said, the author has done well to guide readers back into the city’s inner-circle.

This story is—much to my delight—a little lighter on Cassie’s internal monologue and heavier on dialogue and action. The scenes in set in the hospital were particularly exciting; a well-written climax indeed. There are some vague hints about Cassie’s past but, on the whole, characterisation stagnates a little in this instalment. This was fine though, because the focus was more to do with Fuerza’s tightening (or, perhaps, loosening) grip of the city. Cassie’s romance with Lori bookends the mystery plot, as it did with Book 2, acting as a soft form of cushioning for the reader. Given Hanson is a favourite of mine, I was excited to see her appear in more scenes (though, of course, I wanted to see her get a girlfriend). Doyle continues to provide imaginative and intricate detail regarding the operation of technology in his fictional world. In this case, he has concocted a rather magnificent exoskeleton used by the antagonist/s to attack their victims.

This series is palatable and well-executed on the whole. If you like old-school crime fiction (think Bogart or Ford) but with lesbians, mechanical vampires, and psychedelic light shows, then this is the book for you.

KSENiA
5.0 out of 5 stars Love Bert
11 February 2019 - Published on Amazon.com
Format: Kindle EditionVerified Purchase
The mystery was much more solid in this one, and at some moments quite thrilling. I was a bit disappointed how much questions were left unanswered in this one. I really really hope there will be another book in the series. Cassie is a cool character, real bed ass without being unrealistically “super-human”. There are things she is good at, and there are things she is not. I loved the side characters in this story. We got to meet New Hopeland finest, and they all were quite interesting, multidimensional with good stories to tell. We also got some nice info about Bert and familiar’s AI. I loved that Cassie is ready to except him as a living creature. He is fierce little cutie.
Read more

Steph Warren
4.0 out of 5 stars Another great addition to Cassie's canon - tech vampires this time!
3 June 2019 - Published on Amazon.com
*I received a free copy of this book, with thanks to the author. The decision to review and my opinions are my own.*

LV48 is the third in the Cassie Tam series and further develops the wider storyline of Cassie vs the Four Kings and New Hopeland’s culture of corruption.

Here are the familiar faces alongside Cassie – Bert, Lori and Ink – but we get to see a different aspect to Cassie’s work as she partners with the police to form a crack team to take down the latest threat to the city. I particularly liked the team dynamics between Cassie, Hanson, Dev, Hoove, Donal et al, and felt that the developing roles of these side characters really enriched the story.

We’ve already seen the Tech Shifter equivalent of werewolves and now Matt Doyle gives us some high tech vampires as antagonists, with some very nasty tricks under their wings! I love the blend of old mythology with new technology that the author has created and continues to explore and expand as the series progresses.

An interesting quirk which I will be looking out for in future instalments is how, whilst half of Cassie’s job involves routine police e-paperwork and legwork, the other half seems to be increasingly solved in Cassie’s subconscious mind. I really enjoy when the author indicates that Cassie has picked up something ‘off’ but isn’t consciously able to pinpoint what, because it allows me to pay along and try to figure it out before her!

Fans of urban sci-fi PI adventures will love this series, and this is definitely another great addition to the Cassie canon.

“Help…me…”
I freeze. “Hello?”
“Help…me. Please…” the voice comes again, rising weakly from a darkened alley a few steps ahead.
I narrow my eyes, my internal paranoia engine on full alert. Mysterious voices crying for help from darkened alleys are not always what they seem. My moral-compass is pointing due innocent-in-trouble though, so I opt for the balanced approach and walk towards the alley. Slowly.

Nina D
4.0 out of 5 stars Another Intriguing Addition to the series
14 February 2019 - Published on Amazon.com
Format: Kindle Edition
I thought this was a pretty cool cover... and it’s perfectly fitting for this sci-fi mystery story.

LV48 is Book 3 in Matt Doyle’s Cassie The Tam Files series. I’ve enjoyed the first two, this one and look forward to more of Cassie’s stories. Although this is part of a series, each book is a complete story and necessary backstory details are presented. It works as a stand-alone.

The mystery: When Cassie is attacked by a supposed mugger, she’s thrust into a new case and a new role working alongside the New Hopeland police department. The mugger is nicknamed LV48 and the mystery of who he is and why he is attacking must be solved. There are several characters pulled into the story as victims, suspects and investigators. Each one brings a different slant and new possibilities to consider. I thought the pacing was very good even if a bit fast as characters and scenes change and unfold. Some of the manoeuvrings are a bit intricate and I was a little confused at times but overall the story flowed well.

The secondary characters introduced in the first two books are brought back and some of them have more of their backstories revealed. It was fun to get to know the PD staff better and the inclusion of tech shifter marshall, Donal was a well-written, entertaining addition.

The number of characters and how many of them are connected could be confusing at times and I did find myself double-checking a few bits. One character will probably show up again in a later story, providing a bit of a cross-over from this book and some more answers.

The technology: I found it very Interesting to read about the ‘futuristic’ tech being described. The stuff that Matt introduces isn’t too far out or far off. You can just about imagine it being invented soon enough. Except the pet-protector AI gargoyle, Bert, as wonderful as he could be.

Overall, this is an entertaining, well-plotted futuristic mystery and I look forward to continuing this series. I voluntarily read and reviewed this book.
Read more
Go to Amazon.com to see all 11 reviews 4.2 out of 5 stars
Get FREE delivery with Amazon Prime
Prime members enjoy FREE Delivery and exclusive access to movies, TV shows, music, Kindle e-books, Twitch Prime, and more.
> Get Started
Back to top
Get to Know Us
Make Money with Us
Let Us Help You
And don't forget:
© 1996-2020, Amazon.com, Inc. or its affiliates