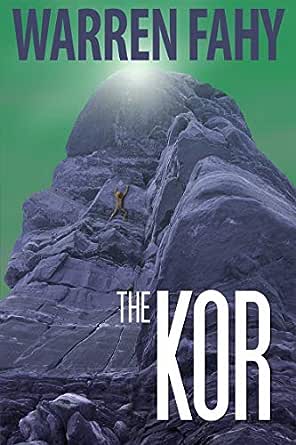 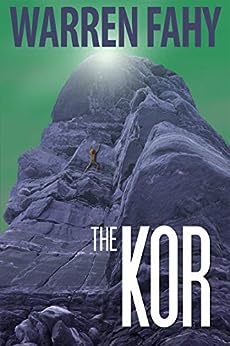 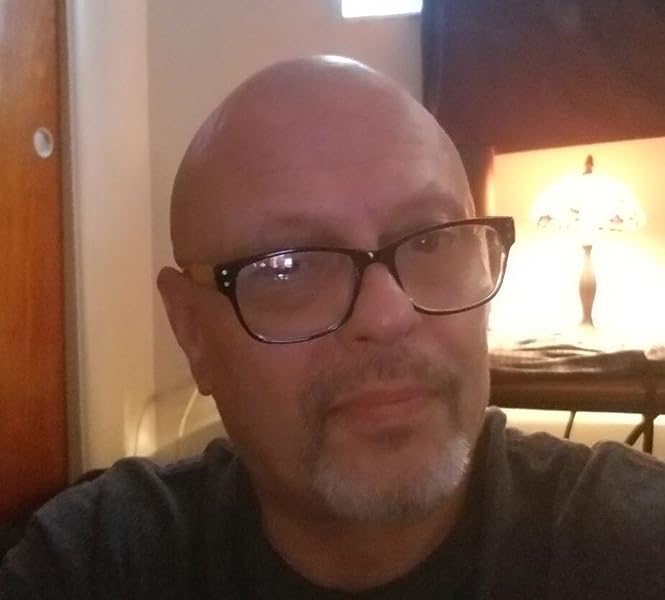 3.2 out of 5 stars
3.2 out of 5
11 global ratings
How are ratings calculated?
To calculate the overall star rating and percentage breakdown by star, we don’t use a simple average. Instead, our system considers things like how recent a review is and if the reviewer bought the item on Amazon. It also analyses reviews to verify trustworthiness.

M. Marchant
5.0 out of 5 stars Fabulous
Reviewed in the United Kingdom on 23 September 2013
Verified Purchase
I have to say it took me a few a pages to get over the confusion of what I was reading and get my head around some of the terminology used but believe me it's worth it.

Kor completely captured my imagination and I couldn't turn the pages fast enough, I'm hoping and praying that there is a sequel to this book as there is so much more I want to know.

Kathy Cunningham
4.0 out of 5 stars Interesting parable -- how should we live life?
Reviewed in the United States on 17 March 2011
Verified Purchase
Warren Fahy's The Kor is an intriguing parable about life, death, and the ultimate purpose of existence. The story, which reads like an ancient fairy tale, is about a race of sentient beings called "kors" who live on an Earth-like planet rife with flora and fauna. The kors live a divided life, suppressing their "Immurtai," or worldly sides in favor of their "Demurtai," or spiritual selves. The kor civilization is ruled by a group of 22 holy ones, called "sors," who pass judgment on the kors and can exact punishment on those who will not conform to strict spiritual rules. Zen, a strong kor Hunter, dares to challenge the sors' refusal to allow him to building a celebratory hall (which the sors decide is "Immurtai," and thus taboo). This sets in motion a violent split in the kor community, with some following Zen to a new world deep in the forests, and some remaining under the control of the sors. One young female kor, Azurel, seeks a way to combine "Immurtai" and "Demurtai" to allow her people to live true living lives.

This is a complicated story, with a lot of odd names and concepts that will challenge readers. The kors, for example, have no words for "thought" or "think," which reflects the sors' desire to keep the kors obedient and easy to control. Azurel, who hopes to become an Artist one day, creates the word "dain" to describe the thought process, which she sees as blending the Demurtai (or spiritual) side with the Immurtai (or worldly) side, allowing her people to create and dream and wonder. Also, "Art," as defined by the sors, must be "True," meaning it must reflect what really is, rather than how we'd like things to be (making Azurel's beautiful carvings less valuable than the cruder, more realistic figures carved by Turi).

Overall, The Kor is not totally successful. I was never clear exactly what the kors look like (they have fur and muzzles, and they can swing in trees, but other than that, Fahy leaves things to our own imaginations). The jacket cover seems to show a humanoid boy climbing a large rock, but there's no indication in the story that the kors are humans. Additionally, most of the other plants and animals on the kors' planet have Earth names (i.e. rabbit, tiger, duck, orchid, deer, lily, grass, etc.). It was confusing, and left me wondering whether this world Fahy has created (with its green sky and purple tigers!) was really Earth after all. Finally, the ending seems both rushed and abrupt, as if Fahy just decided to stop writing. The novel doesn't conclude so much as just end.

But the novel is fresh, different, and interesting. Fahy is telling us that life must be lived fully, on both spiritual and worldly levels - for both noble purposes and for comfort and pleasure. The kors who follow Zen into the forests discover a world where they can do just that - and while I found myself wondering if all the worldly pleasures would end up destroying them, Fahy wants us to consider the possibility that the kors (and maybe even humans!) can handle all that life has to offer. His is an optimistic message that isn't easily embraced in this world we live in today. But maybe it's a message we ultimately need.
Read more
12 people found this helpful
Report abuse

Johnna
5.0 out of 5 stars Unique and Thought-Provoking
Reviewed in the United States on 20 March 2013
Verified Purchase
One of the reviews here is a great summary of the events that happen in The Kor. I tried to read the book once before, but all the new words got tangled in my head, so I put it down for awhile, then picked it up again a few days ago. It is not a bit of light reading. It is a story you need to read when you can focus on what is going on and have a mind open to new words and associations. There are many different threads which make you think about how we evolved and what we have learned, as well as what we have given up. The mix of everything that makes us a civilization combines to make you think on multiple levels. I liken it to peeling an onion, the layers are extensive. Once I got past my brain blockage, this was a fast-paced, enlightening read that will be rolling around in my imagination for a long time, with characters you can't help but empathize with. I am not being contrite when I say, I laughed, I cried, I became angry with them. That to me makes a good story, when I wish I could be there to help. It is worth working your way through 'the maze'. The only thing that I wish were different, is that it is only available as an e-book. I would love to have a print copy for my library.
Read more
3 people found this helpful
Report abuse

Susan Johnson
5.0 out of 5 stars Very Different!
Reviewed in the United States on 20 September 2013
Verified Purchase
While I believe this book isn't for everyone, I really enjoyed it and believe many others will also. I gave it five stars because it is very unique and kept me reading - didn't want to put it down! I've never read anything quite like this. It's a quick read, the characters are interesting and the author did a great job of really letting you know what the setting is like. I could picture the places mentioned and feel the horror of some of the scenes. There are some gross parts but they are all part of the story and cannot be left out -- helps you understand what kind of people they are. Glad I'm only an observer and not in the story! Try it -- I think you will pleasantly surprised. I will say that it took me a few pages to really get into it. Once past that, it was great!
Read more
3 people found this helpful
Report abuse

Billy S.
5.0 out of 5 stars very enjoyable
Reviewed in the United States on 2 December 2013
Verified Purchase
another hit by Waren. I enjoyed them all. I hope he keeps them coming! If you haven't read Warens work now is the time to start.
Read more
3 people found this helpful
Report abuse
See all reviews
Back to top
Get to Know Us
Make Money with Us
Let Us Help You
And don't forget:
© 1996-2021, Amazon.com, Inc. or its affiliates