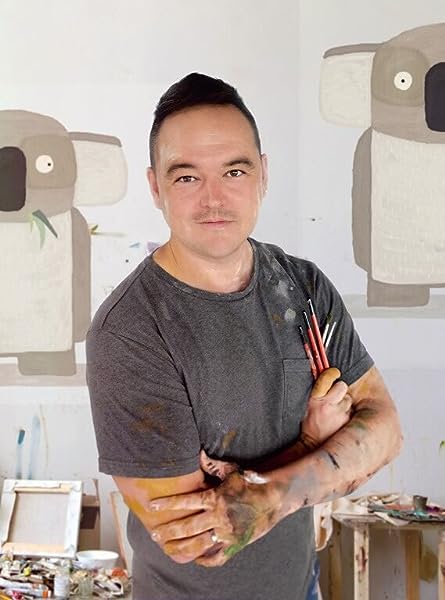 by Laura Bunting (Author), Philip Bunting (Illustrator)
4.7 out of 5 stars 19 ratings
See all formats and editions
Sorry, there was a problem loading this page. Try again.

Koalas eat gum leaves. For breakfast, lunch and dinner, and even on their birthdays. Most koalas don't seem to mind. But one does. He is on the lookout for some tastier tucker...and he's about to make a discovery that changes everything.

A tale about having too much of a good thing!
Read more
Previous page
Next page

Philip Bunting’s books have been translated into multiple languages, and published in over 25 countries around the world. Since his first title was published in 2017, Philip has received multiple accolades, including Honours from the Children’s Book Council of Australia, and making the list for the Kate Greenaway Medal in 2018. His titles include Mopoke and How Did I Get Here? Philip’s work deliberately encourages playful interaction between the reader and child, allowing his books to create a platform for genuine intergenerational engagement, and fun.

Michelle White
5.0 out of 5 stars Great read for kids.
Reviewed in Australia on 22 July 2021
Verified Purchase
Kids love this book and the others in the series.
Read more
Helpful
Report abuse
See all reviews

minnesota12345
5.0 out of 5 stars One of my favorite kids books
Reviewed in the United States on 9 April 2021
Verified Purchase
I happily discovered this book at the airport in Sydney while I was looking for a souvenir for my little one. I LOVE ice cream, so it was the perfect book. The story is charming, beautifully illustrated, and lyrical. One of my favorites!
Read more
Report abuse
See all reviews