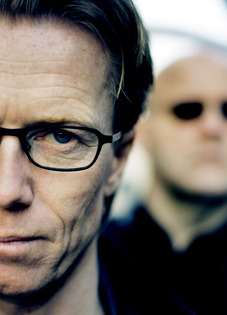 by Anders Roslund (Author)
4.4 out of 5 stars 177 ratings
See all formats and editions
Sorry, there was a problem loading this page. Try again.

"If you thrill to the chills of Scandinavian noir, chances are you've read something by Anders Roslund...Roslund has two strong prose styles - dark and darker - and both are on show in this no-frills translation by Elizabeth Clark."--New York Times Book Review "[H]eart-pounding...This terrific mash-up of police procedural and crime thriller has strongly imagined characters, explosive action, and a twisty plot with an unexpected conclusion. It's a must for Scandinavian noir fans."--Publishers Weekly (starred review) Grens is an immensely compelling character whose sharp intuition and dedication to justice are reminiscent of Harry Bosch. This tense, sophisticated procedural can stand alone, but readers will find themselves drawn to Grens' seven earlier investigations.--Booklist (starred review) Roslund's fourth has punchy prose and plot twists that readers expecting another brooding Scandinavian noir won't see coming."--Kirkus Reviews

"[A] heart-pounding thriller...Roslund's serpentine plot and visceral character development brings each cliffhanging chapter to a staggering revelation on how tasty a dish of cold, karmic revenge can be. From the first Knock Knock on the door of a murder scene to discovering the killers behind it, this novel is a breathless, suspenseful read." --Shelf Awareness "Roslund cleverly interlaces two disparate storylines, and readers will marvel at just how much action can take place in a period spanning only three days. Knock Knock has handily reaffirmed all my Scandi-noir gushing."--BookPage "A masterpiece of a thriller. Brutal, gripping, intelligent. It left me breathless."--New York Times bestselling author Liza Marklund

Anders Roslund has published ten novels as part of the successful writing duos Roslund & Hellström and Roslund & Thunberg. His books have been published in thirty languages and he is the recipient of numerous prestigious international awards. Knock Knock is his first solo novel.
Start reading Knock Knock on your Kindle in under a minute.

Anders Roslund and Börge Hellström are the authors of 5 bestselling books in Sweden. Roslund is a professional journalist and creator of Sweden's number one cultural TV program Kulterkanna. Börge Hellström is an ex-criminal who founded a criminal rehabilitation program in Sweden.

4.4 out of 5 stars
4.4 out of 5
177 global ratings
How are ratings calculated?
To calculate the overall star rating and percentage breakdown by star, we don’t use a simple average. Instead, our system considers things like how recent a review is and if the reviewer bought the item on Amazon. It also analyses reviews to verify trustworthiness.

Peter the constant reader
TOP 100 REVIEWER
5.0 out of 5 stars Door buster
Reviewed in Australia on 21 July 2021
Verified Purchase
After slow and confused start this book takes like an express train wrecking all in it way. It doesn't pay to think about the anomalies. Nothing is as it seems and characters are faced with moral questions that may lead to death. Is there honour amongst thieves. At the end the biggest mystery left is the fate of Anni. Should suit all action thriller fans and Nordic noir.
Read more
Helpful
Report abuse
See all reviews

Lagoon
3.0 out of 5 stars Running on the spot.
Reviewed in the United Kingdom on 14 June 2021
Verified Purchase
Although the writing was solid and there were the makings of a gritty plot; I felt this story never really got out of third gear.

A family of four are executed and seventeen years later, it seems that somebody is tying up loose ends. I wasn’t always in synch with what was happening but I didn’t mind that so much as I don’t have to understand every nuance of the plot to enjoy a book. But there just wasn’t enough on offer. I think, at the end, the pieces fell into place but I’d have sacrificed a clever finale for more action beforehand.

I liked the geographic spread of the plot and I really did think the narrative was well imagined; it just felt underplayed to me.
Read more
One person found this helpful
Report abuse

Amazons Customer
2.0 out of 5 stars Blah
Reviewed in the United Kingdom on 23 June 2021
Verified Purchase
I don't know who wrote the glowing reviews for this book, i must be reading a different book.

The start was great - which you get with the free sample. After that it's all about Piet and his drama. I'm 25% in and I'm waiting to find out how the initial story fits in. I hope it improves.
Read more
Report abuse

elbe
5.0 out of 5 stars Cliff Hanger
Reviewed in the United Kingdom on 23 June 2021
Verified Purchase
I love this series, great main characters, strong plot and nail biting end. Bring on the next one :)
Read more
Report abuse

Bidd
5.0 out of 5 stars FANTASTIC BOOK
Reviewed in the United Kingdom on 19 June 2021
Verified Purchase
Fabulous Book just like all the others he has written. So many twists and turns. A true genius. Can’t wait for next one
Read more
Report abuse

MPK678
5.0 out of 5 stars Another Action Filled Piet Hoffman Thriller
Reviewed in Canada on 18 February 2021
Verified Purchase
Another in the series of Ewert Grens and Piet Hoffman psychological thrillers. The past come s back to haunt these two...one a Police Detective and the other an Undercover Agent. Too bad that Hellstrom is not with us anymore as that Team has written all the previous books together...but this one is still just as good.
Read more
Report abuse
See all reviews
Back to top
Get to Know Us
Make Money with Us
Let Us Help You
And don't forget:
© 1996-2021, Amazon.com, Inc. or its affiliates