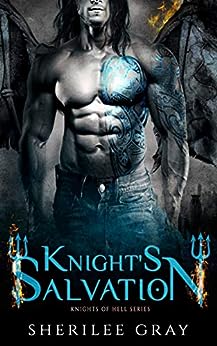 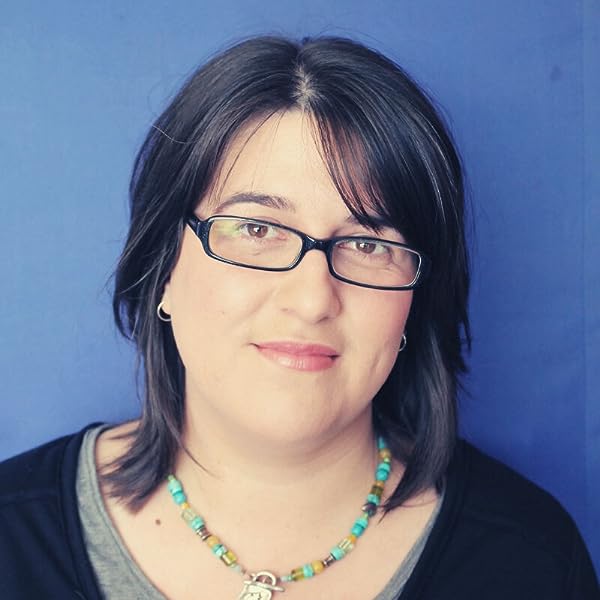 by Sherilee Gray (Author) Format: Kindle Edition
See all formats and editions
Sorry, there was a problem loading this page. Try again.
Demon hunter Zenon lives with a dark secret. When he escaped Hell, he didn’t leave alone—and he’ll do anything to keep the shameful reason hidden. But when an intoxicating demi-demon, new to her powers, has him breaking all his own rules just to be near her, he knows he’s in serious trouble.

Painfully aware of being different, Mia Westbrook has always kept herself apart from others. Yet her new demon life comes with strings attached, namely one scarred and broodingly seductive knight who storms into her world—and her heart—and may just be her perfect match.

But a formidable evil has been watching, and is determined to tear them apart. They want Zenon is back in Hell, with them, where he belongs…
Read more
Previous page
Next page

Sherilee Gray is a kiwi girl and lives in beautiful New Zealand with her husband and their two children. When she isn't writing sexy contemporary or paranormal romance, searching for her next alpha hero on Pinterest, or fueling her voracious book addiction, she can be found dreaming of far off places with a mug of tea in one hand and a bar of chocolate in the other.

4.6 out of 5 stars
4.6 out of 5
216 global ratings
How are ratings calculated?
To calculate the overall star rating and percentage breakdown by star, we don’t use a simple average. Instead, our system considers things like how recent a review is and if the reviewer bought the item on Amazon. It also analyses reviews to verify trustworthiness.

Amazon Customer
5.0 out of 5 stars Bloody good book
Reviewed in Australia on 4 December 2021
Verified Purchase
You know it's a good book when you can't wait to find out what happens, but you really don't want it to end. Sherilee Gray knows how to write !👍👍 I loved it!!
Read more
Helpful
Report abuse

Shelley
TOP 50 REVIEWER
5.0 out of 5 stars Zenon and Mia❣️
Reviewed in Australia on 25 November 2018
Knight’s Salvation is the story you didn’t realise you needed! This book is phenomenal and filled with so much emotional angst because of the life Zenon has led up until the moment he meets his mate, Mia.

Zenon is different to the other knights, he was born in Hell and sides more with his demon than his angel half. But one morning he wakes up and senses something in the air. Not realising what it is until his brothers find out and inform him that Mia is his mate. He fights it with everything he has, not because he doesn’t want her, but because he has a secret that could destroy them both!

Loved this story with my whole heart and as I get to know the characters more, I’m falling in love with them too😍 Can’t wait to see who is next in this series....I’m hoping for Chaos as that will be an epic tale much like Zenon’s is❣️

Thank you to Sherilee for another amazing story and for my advanced copy for which I leave my honest review. A story and series not to be missed!

My Books
5.0 out of 5 stars Emotionally roller-coaster 6 stars
Reviewed in Australia on 8 April 2022
Verified Purchase
Knights Salvation made me cry and laugh. Zenon was as broken and physically and emotionally abused as a person could be. Mia knew what was waiting for her, but in order for her to master her powers she had to get the right motivation...the story was full of angst, drama, sorrow, violence, heartbreak, abuse (not for the faint hearted), a true emotionally roller-coaster that made you believe in the light at the end of the tunnel - Enjoy
Read more
Helpful
Report abuse
See all reviews

Moose Girl
5.0 out of 5 stars Loved it
Reviewed in the United Kingdom on 6 June 2021
Verified Purchase
Unlike the other knights, Zenon actually lived in Hell until he managed to escape. Struggling with numerous secrets, he pushed everyone away, always remaining on the outside. Until he meets Mia and can't seem to stay away from her. Mia has always known she was a demi and has been waiting to come into her powers so that she can begin living her life without worrying about having to abandon it later. She's been expecting to train with the knights. She just hadn't expected to be so drawn to Zenon.

After picking up book one when it was free, I got hooked and bought this story. Zenon was one of my favourite nights from book one, so I enjoyed reading about him. He's just so snarly and difficult, and I loved him. Lots of steam, lots of sweetness, and plenty of danger. I loved this book.
Read more
Report abuse

Shetalking
5.0 out of 5 stars Great 2nd book
Reviewed in the United Kingdom on 11 December 2021
Verified Purchase
Love this series, Zenon and Mia overcome so many obstacles to get to a place they are searching for, can't wait for the next book.
Read more
Report abuse

roselin
3.0 out of 5 stars Knights salvation
Reviewed in the United Kingdom on 14 December 2021
Verified Purchase
Didn't like as I prefer a book I can feel and turn pages plus I did not order anything
Read more
Report abuse

Sandy S.
4.0 out of 5 stars engaging, emotional and disturbing
Reviewed in Canada on 16 January 2019
Verified Purchase
KNIGHT’S SALVATION is the second instalment in Sherilee Gray’s contemporary, adult KNIGHTS OF HELL erotic, paranormal romance series focusing on a group of demon hunters known as the Knights of Hell, warriors whose birth was ordained by the mating of angels and demons. These ‘Knights’ hunt the demons who make life a living h*ll on earth for everyone involved. This is demon hunter Zenon, and demi-demon Mia Westbrook’s story line. KNIGHT’S SALVATION can be read as a stand alone without any difficulty. Any important information from the previous story line is revealed where necessary.

WARNING: KNIGHT’S SALVATION may contain triggers for more sensitive readers due to the nature of the story line content.

Told from several third person points of view including Zenon and Mia KNIGHT’S SALVATION follows demon hunter Zenon as he struggles with his attraction to demi-demon Mia Westbrook. Mia knows she is a half-human, half-demon hybrid; and with it comes immense power that is oft-times unstable, without the ability to control. Knowing she is expected to live and train with the Knights of Hell, Mia is shocked when her attraction to demon hunter Zenon causes all kinds of problems for our story line hero. What ensues is the acrimonious relationship between Mia and Zenon, and the potential fall-out as Zenon’s time on earth has an end date when Zenon is forced back into hell.

Zenon is unlike the other hunters. Our hero is a hell-born demon hunter; more demon than angel, and thusly his life is all about chaos, power and control. Broken and scarred, Zenon struggles with his attraction to Mia, a woman he knows to be his fated mate. With needs beyond that which he can control, Zenon is willing to sacrifice himself to save the woman with whom he is falling in love. Mia Westbrook has always known she is the product of a human and demon mating but her powers are growing beyond that which she is able to control, powers that attract the pure-bred demons. Hoping to live a life as normal as possible, Mia battles her attraction to, and hatred for the man that continues to break her heart.

There is a large ensemble cast of secondary and supporting characters including the reappearance of Lazarus and Eve (Knight’s Redemption #1), Knights of Hell leader Chaos, James, Gunner, Kryos and his mate Meredith, and Rocco; as well as Silas-the angel who trains and watches over the Knights. The requisite evil has many faces.

KNIGHT’S SALVATION is a story of heartbreak, endurance, struggle and pain. The premise is engaging, emotional and disturbing; the characters are colorful, dynamic and dangerous; the romance is hot and heavy. KNIGHT’S SALVATION is also a familiar story line in that the male lead, and the struggles he has had to, and continues to endure are intensely recognizable and similar to another author’s well-known, broken, vampire warrior hero. From the name similarities (Z), same physical attributes and manifestations, tattoos and scars, to the background history and suffering, Zenon’s resemblance to said broken vampire are too numerous to ignore.
Read more
Report abuse

MARY
5.0 out of 5 stars Incrediable!!
Reviewed in Canada on 30 November 2018
Verified Purchase
Zenon and Mia. This is the second book in this series and it just gets better!! I liked Zenon from the very first book. I guess I liked to go for the broody, dangerous type. I will not say much in my reviews because I never like to change the readers opinion. I want them to pick the book and just read it. I will say I cried in this book for Zenon several times and was wanting to kill for him as well. I could also not believe the revelations that were revealed!! I did not see that coming at all!! As for Mia she is persistent and keeps with Zenon no matter how he tries to push her away. This book was fantastic!! I will say I'm most curious about the band of demi that have suddenly appeared??
Read more
Report abuse
See all reviews
Report an issue
Does this item contain inappropriate content?
Report
Do you believe that this item violates a copyright?
Report
Does this item contain quality or formatting issues?
Report