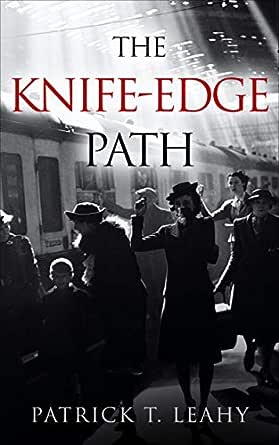 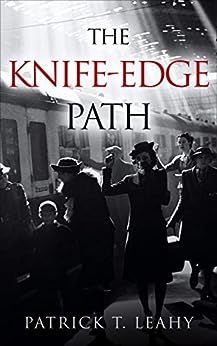 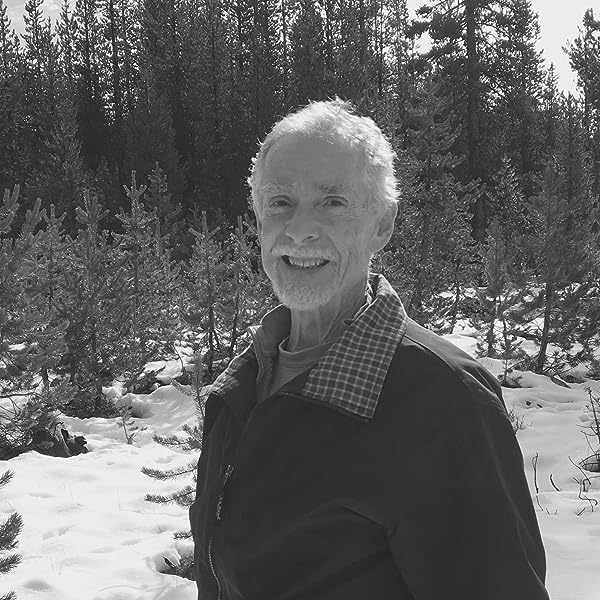 As an ardent, long-time admirer of Pat Leahy's meticulously crafted and at times almost painterly prose, I devoured his latest work in a couple of nights and am still reeling from the experience. In its mining of the human heart's darkest corners, THE KNIFE-EDGE PATH is just a tremendous read: the plotting tight as a harp-string and the characters drawn with such beautiful delicacy, the scope and sense of place genuinely stunning. This is a hugely impressive offering from a writer of significant talent, one that deserves the attention of the widest possible audience. If there's any justice in the world, he'll have a runaway bestseller on his hands. – Billy O'Callaghan, author of My Coney Island Baby

A powerful story teller. . . Can Patrick Leahy write the heck out of his subject matter! He demonstrates marvelous control, and has an unerring ear for the sights, sounds and horrors of one of the darkest periods in this world’s history. This book feels like an epic tale rather than a mere depiction of one aspect of the holocaust. Every person is defined so deftly, and with such surgical precision, that they appear on the page living and fully formed. Leahy’s affection for the highly complex main character, Geli Straub, is tangible. In the end, this book depicts, above all else, the compassion that can occur in an environment of such unparalleled evil. The only thing wrong with this terrific read is that there has to be a last page. - L.M. Navolio

The wife of a missing German general on the Eastern Front, learns to cope with danger, treachery and tangled relationships in war-torn Germany. Her prior experience in intelligence work in the North African campaign draws the attention of a minor SS officer who recruits her to spy on a younger SS officer he considers his protégé. This occurs in the waning days of the war and bombings in Germany where hunger and deprivations are rampant. She switches sides as she develops feelings for the object of her spying and faces a series of new challenges. Leahy’s characters are colorful and likeable, despite being “enemies” - eventually sympathizers, who step forward to bear witness to the atrocities of the holocaust. If not a devotee of historical fiction, a reader will also enjoy the story of ill-fated romances and the examples of the daily struggles of people at war. It’s a pleasure to recommend it. - Hank Lajoie

Patrick Leahy was born in Los Angeles, educated at Army & Navy Academy, Carlsbad, California, the University of Nevada, and Sophia University, Japan. A veteran of the U.S. Air Force and the National Weather Service, he now lives in Eugene, Oregon, devoting much of his time to writing.

Suze
3.0 out of 5 stars Dissappointing
Reviewed in the United Kingdom on 3 April 2020
Verified Purchase
I really enjoyed this book up until the 2nd part. It then became a scramble to get the book ended and didnt do the first part justice. What a shame!
Read more
Helpful
Sending feedback...
Thank you for your feedback.
Sorry, we failed to record your vote. Please try again
Report abuse

Dee Arr
4.0 out of 5 stars Interesting View of People and Their Experiences During the Last Days of WWII
Reviewed in the United States on 10 December 2019
Verified Purchase
Patrick T. Leahy presents an interesting look at what a person might do when confronted with life-changing issues during the last days of WWII. Geli Straub is the wife of a German officer. Because of circumstances beyond her control, her rations have been cut off and she is faced with the choice of starving versus reviving a world she had left behind and thought she would never enter again. While on this dangerous path, she finds she is falling in love with a man who believes she is someone else.

This is a story that takes different turns and becomes many things: a spy story, a vivid portrait of some of the ugliness that happened during this war, the struggle of a woman torn between her emotions and what she feels she has to do. The author has a talent for stringing together inventive conversations while making them seem mundane yet important all at the same time.

I experienced some difficulties with the portrayals of the two Danish spies. They were okay in the beginning but their language later in the book reminded me more of a couple of gangsters. Geli’s love for Kurt came on extremely fast, though the author could be forgiven for this based on the quirkiness of her character. These minor issues were very small pieces of the entire book, and while they jostled my attention they never caused me to lose track what was happening. Recommended reading. Four stars.

LJ
3.0 out of 5 stars Storyline good, but needs editing
Reviewed in the United States on 2 April 2020
Verified Purchase
It’s not that I didn’t like the story, but it was a difficult read. At times, the narrative made no sense to me. It didn’t flow as well as it could have. I appreciated how well the characters were described. I truly felt their presence, and became attached to them with varying emotions. The story was good, and mostly held my interest; but having to reread many parts again to understand what was happening, was frustrating. This is where professional editing would have helped big time.
Read more
Helpful
Sending feedback...
Thank you for your feedback.
Sorry, we failed to record your vote. Please try again
Report abuse

DJ
5.0 out of 5 stars Perplexing Aspects of Love in War-Time
Reviewed in the United States on 1 April 2020
Verified Purchase
This novel was well-written. What held my interest was trying to decide whether or not Geli was a good woman or a bad woman. I decided she was just human with lots of potential for being able to love but with a deep desire to survive.
Read more
One person found this helpful
Helpful
Sending feedback...
Thank you for your feedback.
Sorry, we failed to record your vote. Please try again
Report abuse
Load more international reviews

Grant R. Ashley
5.0 out of 5 stars Excellent writing, very nearly poetic.
Reviewed in the United States on 4 April 2020
Verified Purchase
The writing is very nearly poetic, and the storyline is a nice side benefit to the beautiful use of the language. The recasting of the WW2 Nazis seems authentic and believable.
Read more
One person found this helpful
Helpful
Sending feedback...
Thank you for your feedback.
Sorry, we failed to record your vote. Please try again
Report abuse

D. Cressy
3.0 out of 5 stars A bit difficult to follow.
Reviewed in the United States on 3 April 2020
Verified Purchase
Maybe it's just me but I had a lot of trouble understanding some of it. I read a lot of historical fiction and don't usually have that much of a problem.
Read more
Helpful
Sending feedback...
Thank you for your feedback.
Sorry, we failed to record your vote. Please try again
Report abuse

Kindle Customer
3.0 out of 5 stars The Knife Edge Path
Reviewed in the United States on 5 April 2020
Verified Purchase
This seemed like a very long read. In the end it was OK but seemed like a very long way to go for the outcome of the book. I give it a mild thumbs up.
Read more
Helpful
Sending feedback...
Thank you for your feedback.
Sorry, we failed to record your vote. Please try again
Report abuse

Richard Brooks
3.0 out of 5 stars Poorly written
Reviewed in the United States on 1 April 2020
Verified Purchase
Story too unreal. Dialogue stilted. Story is unbelievable and tries to say if someone did something positive that makes them okay. They were still part of the killing
Read more
Helpful
Sending feedback...
Thank you for your feedback.
Sorry, we failed to record your vote. Please try again
Report abuse

WJ
5.0 out of 5 stars Caught up
Reviewed in the United States on 29 March 2020
Verified Purchase
I wonder how much of this story is true.......and yet, it was much worse than what is written here. This is a sad love story.
Read more
Helpful
Sending feedback...
Thank you for your feedback.
Sorry, we failed to record your vote. Please try again
Report abuse
Load more international reviews

Sandi
3.0 out of 5 stars Did not enjoy
Reviewed in the United States on 3 April 2020
Verified Purchase
I did not care for the female lead character. Difficult to know who she was, as she did not know herself.
Read more
Helpful
Sending feedback...
Thank you for your feedback.
Sorry, we failed to record your vote. Please try again
Report abuse