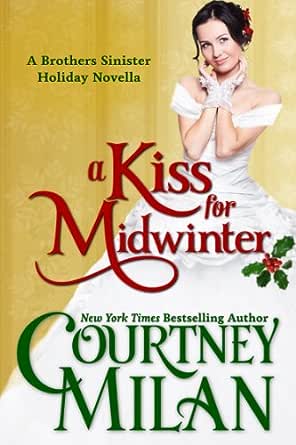 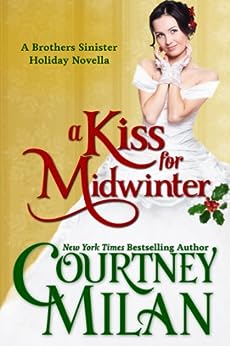 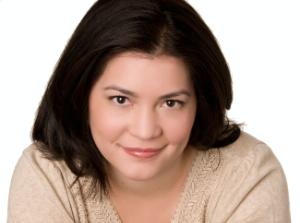 A Kiss for Midwinter (The Brothers Sinister) Kindle Edition

4.4 out of 5 stars
4.4 out of 5
305 global ratings
How are ratings calculated?
To calculate the overall star rating and percentage breakdown by star, we don’t use a simple average. Instead, our system considers things like how recent a review is and if the reviewer bought the item on Amazon. It also analyses reviews to verify trustworthiness.

rhondda
5.0 out of 5 stars loved it
Reviewed in Australia on 19 March 2015
Verified Purchase
Great reading loved them all
Read more
Helpful
Report abuse

teacuptami
5.0 out of 5 stars short and sweet
Reviewed in Australia on 9 September 2014
Verified Purchase
This was a lovely short sweet story. Very much enjoyed it for a bit of light reading.
Read more
Helpful
Report abuse

ReadingMad100
5.0 out of 5 stars Refreshing in content and writing style
Reviewed in Australia on 6 February 2015
Wow, this is a novella, but I felt I read a full length novel.

It was very refreshing in its content and style. I can’t stop thinking about stolen kisses at Christmas-time. Sigh…

This was a story about ordinary people, no aristocracy here. The hero, Jonas, is a doctor and has decided to marry. Lydia is not even on his long list of prospective brides.

She has reasons to dislike and avoid him and so presents him with an icy veneer. He has a long road ahead in order to win her once his attention turns in her direction.

The history of doctoring in town and village life is beautifully drawn. Jonas is a forward thinking doctor, frustrated by society’s attitudes to women and health.

Lydia is blessed with parents who love her unconditionally, now it’s time to trust that a man may do the same.

There are some beautiful words by Jonas that pounded into my heart. Oh how I wanted Lydia to take a chance on him.

This was my first Courtney Milan story, and she nailed the short format. She built up the awareness, tension, physical proximity, sex and emotional depth in a way I love in a romance. I’ll be searching out her other books.

Book Gannet
5.0 out of 5 stars A Winter Gift
Reviewed in the United Kingdom on 5 January 2013
Verified Purchase
Six years ago Jonas Grantham watched a doctor prescribe poison to a young woman. At the time he knew it was wrong - just as the doctor's assertions of moral failings and bad miasmas also were - but he was only twenty, unqualified and had given his word he wouldn't interfere. But the encounter has haunted him ever since.

Five years later Jonas returned to Leicester to take up his medical practise and look for a wife. Lydia may have been only the eleventh prettiest unmarried girl in the city, but he was interested enough for a closer look. Except Lydia wants none of him. Because she was that young woman, and she has no time for sarcastic, blunt doctors who think badly of her.

Only Jonas doesn't think badly of her. In fact, despite more than a year of contemptuous treatment, he's actually fallen in love with her. Now all he has to do is get her to like him, and perhaps win himself a kiss... It's worth a shot. After all, since his heart is already gone, he has nothing more to lose.

This gorgeous novella is a follow-up to  The Duchess War , where Lydia was the cheerful best-friend of the heroine. Jonas played only a brief but intriguing part. While it might be useful to have read that first, I don't think it's essential. All the relevant points to Lydia and Jonas' relationship are here, so you won't miss anything vital.

Jonas is an unusual hero with his blunt, slightly gloomy style, but his pursuit of Lydia is touching and even heartbreaking at times. His sarcasm and social awkwardness mask a sweet heart, most clearly seen with his helplessness towards his father. Lydia is lovely too, if a little too accomplished at self-deception. She has excellent reasons though, which have nothing to do with stupidity. The way she comes to terms with her past is quite moving.

Tender, emotional, witty and fun this novella never feels rushed or too short. It's beautifully paced, skilfully detailed and the characters are wonderful. Whether writing in long or short form, Courtney Milan is one of the best writers in this genre today and this novella just proves that she's getting even better. Indulge yourself - you won't regret it.
Read more
2 people found this helpful
Report abuse

Kindle Customer
5.0 out of 5 stars Atypical
Reviewed in the United Kingdom on 29 December 2012
Verified Purchase
It is true, I love atypical romances.
This is a genre that is easily beaten to death and so to read an author who infuses such old stories with new life and sensitivity that is reinvigorating, heart-warming and thoughtful... well I happily salute the author.

This is a lovely short story and like most authors, Ms Milan has a formula. However, this is not a formula where each hero has been carved from the same stamp or each heroine, more or less the same character, barring a change in clothing and names.
Ms Milan's formula is such that I finish reading her stories having faith in the veracity and authenticity of her characters.

This is romantic fiction, but it is not foolish, typecast or trite.
It is sweet, thoughtful and in some places many would say improbable.
But in the end, it is a romance, a relationship where two people dare to step out of the typecast and reach for something more... higher... deeper.
Something that is true of us in our humanity...possibly.

It is certainly in my wee opinion, worth reading especially during Christmas.
Read more
7 people found this helpful
Report abuse

Pascale FM
5.0 out of 5 stars Took them long enough to understand each other...
Reviewed in the United Kingdom on 24 May 2013
Verified Purchase
I have enjoyed a lot A kiss for Midwinter.
A Kiss for Midwinter is the story of Lydia Charingford, Minerva Lane's (of  The Duchess War  best friend. We discover at last about the big secret she was carrying about her past. A few years have passed since a terrible event brought Lydia and Dr Jonas Grantham face to face. But Lydia has not learned yet how to let go of her past, even if she pretends to be happy and frivolous and she believes that Jonas judges her for her past mistake. She has a transfer of anger and every time she meets Jonas, she cannot help saying something to put him down or humiliate him. You have to feel sorry for the poor guy. He cannot say or do anything right.
A Kiss of Midwinter is packed with emotions and things left unsaid and anger unspent. Until Lydia learns to grieve totally for her past, until she let go of her anger, she will not realise that Jonas really loves her for who she is. He himself is a complex character. It is contradictory because he cares so much that he looks that he does not care.
I also loved the way he is enthusiastic about his profession and the new scientific discoveries.
Not bad for a little book of only 96 pages. Hence the 5 stars.
Read more
One person found this helpful
Report abuse

When I need something to cheer me up - bring a little balance back - I turn to this charming novella - and it never fails to make me smile.
Read more
Report abuse

avidreader
5.0 out of 5 stars I like Courtney Milan's writing
Reviewed in the United Kingdom on 6 October 2014
Verified Purchase
I like Courtney Milan's writing, full stop! However, I am not a great fan of novellas, but am always suckered into reading them when they are part of a series. Therefore I came to 'A Kiss for Midwinter' expecting something light and fluffy and Christmassy. Christmassy, yes, but what a touching, ultimately heart-warming tale. Both characters were fleshed out, despite the brevity of the book, and their connection was entirely believable; I actually felt that I knew what made each of them tick and had insight into society's mores and restrictions at that time. Great read.
Read more
Report abuse
See all reviews
Get FREE delivery with Amazon Prime
Prime members enjoy FREE Delivery and exclusive access to movies, TV shows, music, Kindle e-books, Twitch Prime, and more.
> Get Started
Back to top
Get to Know Us
Make Money with Us
Let Us Help You
And don't forget:
© 1996-2020, Amazon.com, Inc. or its affiliates