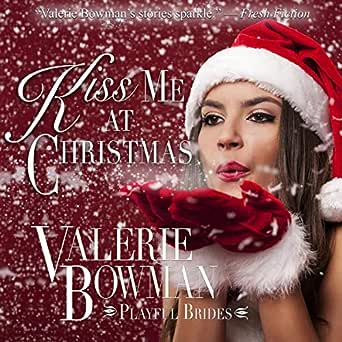 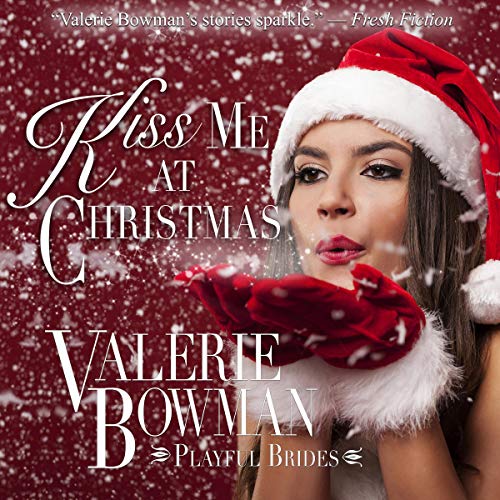 Kiss Me at Christmas: Playful Brides

Brutally Honest Reviews
TOP 100 REVIEWER
4.0 out of 5 stars An engaging read which just missed out on a satisfying ending
1 November 2018
Format: Kindle Edition
Lady Regina is the beautiful, wealthy, virginal niece of a duke who has almost reached her thirtieth birthday without ever meeting a man she wants to marry. Finally running out of patience, her uncle gives her an ultimatum. Find an eligible suitor to marry before Christmas or enter a marriage of convenience.

Problem is, the only man who’s ever caught her eye is definitely not eligible. Daffin Oakleaf is a Bow Street Runner. Marriage is out of the question, but one night? That’s a definite possibility.

The story starts with Regina’s hilarious attempt to ask Daffin to relieve her of her virginity, a request he declines. It takes a rather serious turn when an attempt is made on Regina’s life, though, and Daffin winds up engaged to protect her from a mysterious enemy.

The romance is inextricably tied to the subplot of Regina’s enemy and the deadline she’s under to find a husband. I liked Regina a great deal and she and Daffin matched well together, bouncing off each other with humour and mutual concern. They both clearly cared about each other’s feelings and future and I very much believed in them as a couple.

Though this is the tenth book in this series and characters from previous books do appear, most notably Regina’s cousin Mark Grimaldi and his wife Lady Nicole, there is no need to have read the previous books in the series to thoroughly enjoy this one. With a well-written Regency romance combined with an excellent suspense plot, the only thing I can pick on about this one is that the major villain of the piece wasn’t actually dealt with at the end of the book. It’s possible they might be being saved for a future book, but considering how personal the attacks on Regina were, I felt rather let down justice was not served.

Four stars for an engaging read which just missed out on a satisfying ending.

I received a copy of this book for review through NetGalley.

Roslyn :)
5.0 out of 5 stars a good christmas read
1 November 2018
Format: Kindle Edition
I am not a lover of Christmas stories and was not sure what to expect with this story but I loved it. It had adventure, mystery, action, suspense and romance. I enjoyed the interaction between all the characters. They were well developed and worked together beautifully. Having not read the books before, I now want to go back and read them and the one to follow as the setup has me intrigued. It was a quick and easy page turner. There was a couple of sex scenes and this reviewer skipped them as always but it did not affect my enjoyment of the book. I received this as an ARC and will be reading more from this author.
Read more
Helpful
Comment Report abuse
See all 2 customer reviews
Write a customer review
Get FREE delivery with Amazon Prime
Prime members enjoy FREE Delivery and exclusive access to movies, TV shows, music, Kindle e-books, Twitch Prime, and more.
> Get Started
Back to top
Get to Know Us
Make Money with Us
Let Us Help You
And don't forget:
© 1996-2020, Amazon.com, Inc. or its affiliates