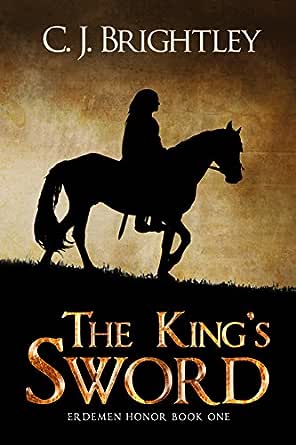 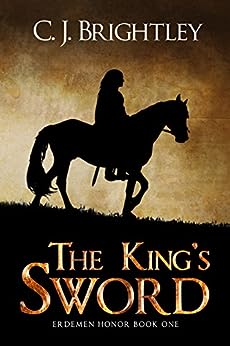 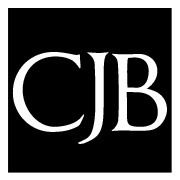 C. J. Brightley lives in northern Virginia with her husband and daughter. After a career in national security, she turned her attention to writing. She welcomes visitors to her website at www.cjbrightley.com. --This text refers to the paperback edition.

Rebecca Pavia
5.0 out of 5 stars Perfect, intimate, and a real pleasure to read.
Reviewed in the United Kingdom on 7 March 2016
Verified Purchase
I absolutely loved this book. Some have said that it is a coming of age story that doesn't achieve that. I couldn't agree less. Mainly as I don't see it as a coming of age story. Yes, there is an element of that, but for me the real center of this tale is Kemen Sendoa, the person from whose point of view the story is told.
It is a testament to the author's writing ability that I instantly heard Kemen's voice in my head. I lived his life through his words and felt as if I really knew him within very few pages.
Description was perfect in that it adequately took me into the author's imagined world without overdoing it at all.
I loved the politics of the world, all of which were touched upon, but not so overpowering as to detract from the characters. In fact, they served to enhance the characters combined with the author's use of blissfully simple narrative.
Another criticism I've read is that the characters 'could do no wrong'. Personally, I think if you've read it that way, you've totally missed the angle this book was coming from. It is an intimate portrayal of a man and his new-found charge; how he gets to know him, while WE get to know the man. If you're expecting darkly twisted characters, then this is not the book for you. I for one adored Kemen. He was a character I could believe in. If that meant he could do no wrong, then I obviously like 'perfect' characters. I wold say it's more that I am happy to read about a 'normal' person recounting their life as if I'm the only person in the room. But perhaps that's just me.
The end did rush at me a bit, but that was more because I had got so spirited away walking alongside Kemen Sendoa that I was sad to discover the book was actually coming to an end. I think there could have been a slightly slower build up, but it did not have a negative impact on my overall enjoyment.
In summary, this was a nicely-paced book, refreshingly devoid of a plot that takes itself too seriously. It didn't try to be something it wasn't and would appeal to those that yearn for something that won't bog them down with 'too much' of anything.
ONLY criticisms - and these are minor and again, not distracting - a small handful of missed typos, duplicated words, and sometimes, a bit of a habit of telling the reader something just a tad too much. Information which the author obviously felt important was repeated now and then. But again, I was easily able to let that pass as this book generally oozed quality writing.
Because I simply can't say goodbye to Kemen Sendoa, I shall be reading the next two books asap.

Richard G. Monson
2.0 out of 5 stars Good protagonist but the rest of the book is trash.
Reviewed in the United Kingdom on 14 December 2018
Verified Purchase
Basically this book is horrible. The coincidences and plot flaws are innumerable. The protagonist is an expert at everything. The story falls into place with little to no effort. It's essentially Deus Ex Machina to an absurd degree.

That said, I continued reading for one reason. I enjoyed the mental perspective of the main character. His personality was relatable (to me atleast) and I found myself curious what else he was going to think. Because what was going to happen to him was irrelevant as he had a skill set that overcame insuperable obstacles.
Read more
Helpful
Sending feedback...
Thank you for your feedback.
Sorry, we failed to record your vote. Please try again
Report abuse

Mr. Richard Edwards
5.0 out of 5 stars There are two more in the series
Reviewed in the United Kingdom on 26 December 2018
Verified Purchase
well strange heading I know but I read the first got somewhat hooked and now I have read all 3 and I want more. its a nice saga well ranging tale which all comes down to one sentance at the end of book 3 it does close of the story but does give the link to a further book without damaging the previous ones. Oh just read them you will understand then.
Read more
Helpful
Sending feedback...
Thank you for your feedback.
Sorry, we failed to record your vote. Please try again
Report abuse

Bretton Girl
4.0 out of 5 stars Decent swashbuckler, with well fleshed out characters
Reviewed in the United Kingdom on 24 June 2016
Verified Purchase
This tale of a runaway Prince fleeing assassination and being initially desperate, with no particular ambition beyond staying alive, is a bit different to similar tales. The story is not told from the point of view of the timid and self-doubting Prince but from the perspective of the ex soldier Kemen, who takes him under his wing. This perspective adds an interesting spin to the tale as the modest and remarkable soldier agrees to help Prince Hakan find his way and eventually the pair become a force to be reckoned with.
It's a clean read, adventurous but not particularly blood thirsty and an entertaining story.
Read more
Helpful
Sending feedback...
Thank you for your feedback.
Sorry, we failed to record your vote. Please try again
Report abuse

JRM
3.0 out of 5 stars A slow burner
Reviewed in the United Kingdom on 24 March 2016
Verified Purchase
I selected this book after reading other reviews. But for me the first half of the book was spent on developing the story, so much so that it became a bit boring.
But I stuck with it, and I'm glad I did. I hope that the second book in the series equals the second half of the first.
Read more
Helpful
Sending feedback...
Thank you for your feedback.
Sorry, we failed to record your vote. Please try again
Report abuse
Load more international reviews

Old Hobbit in Cas
3.0 out of 5 stars Not bad but not great either
Reviewed in the United Kingdom on 16 June 2016
Verified Purchase
It was a good story moved at a decent pace. Liked both central characters however it all fell neatly into place at the end. There are more books in the series but I am not sure I am that motivated to read them.
Read more
Helpful
Sending feedback...
Thank you for your feedback.
Sorry, we failed to record your vote. Please try again
Report abuse

Kindle Customer
5.0 out of 5 stars the Kings Sword ( Erdemen Honour Book 1 )
Reviewed in the United Kingdom on 1 May 2016
Verified Purchase
Enjoyed this book emensley the story is good but I found some of the names difficult to pronounce for myself
Read more
Helpful
Sending feedback...
Thank you for your feedback.
Sorry, we failed to record your vote. Please try again
Report abuse

Kindle Customer
5.0 out of 5 stars Enjoyable
Reviewed in the United Kingdom on 6 December 2015
Verified Purchase
Most entertaining and enjoyable book.I am not familiar with c j brightleys work but found her story telling excellent and style of writing pleasing.I shall certainly read more from this author.
Read more
Helpful
Sending feedback...
Thank you for your feedback.
Sorry, we failed to record your vote. Please try again
Report abuse

William
4.0 out of 5 stars Enjoyed immensely
Reviewed in the United Kingdom on 29 January 2016
Verified Purchase
Good story well written I will be ready for the next
Episode when it is done I enjoyed the book
Read more
Helpful
Sending feedback...
Thank you for your feedback.
Sorry, we failed to record your vote. Please try again
Report abuse

B. Foster
5.0 out of 5 stars Something different in the fantasy genre
Reviewed in Canada on 13 September 2014
Verified Purchase
This is a character-driven fantasy. No magic swords or elvea, just the efforts of a good man to do the right thing in difficult circumstances. While the plot crackles with action, it is the character of Kemen Sendoa, an outsider to the society he defends with his life, that will really grip you.
Read more
Helpful
Sending feedback...
Thank you for your feedback.
Sorry, we failed to record your vote. Please try again
Report abuse