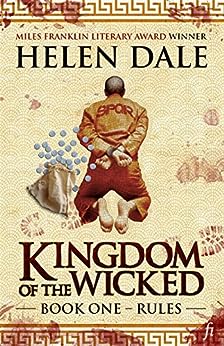 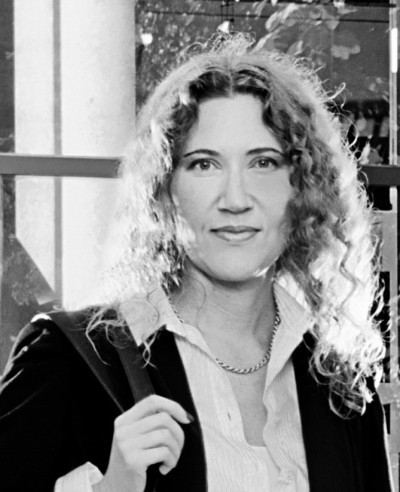 Kingdom of the Wicked Book One: Rules Kindle Edition

Jamie Johnson
3.0 out of 5 stars to portray libertarianism as a better alternative in our troubled world
Reviewed in Australia on 17 December 2017
Verified Purchase
Helen Dale’s Kingdom of the Wicked is an interesting book. The author gained notoriety in her early twenties for a book that won the Miles Franklin award, and, if nothing else, demonstrates she is an accomplished writer.

While the book is ostensibly a courtroom drama, and has an alt-history setting that by itself is of interest, and plausible to the extent that it could well have happened, the theme that most intrigued me was the intersection between libertarianism and anti-Semitism.

I won’t say much about the anti-Semitic side except to point out that the Jewish characters are in the main portrayed as backward, confused, venal, corrupt or compromised.

The occupying force, on the other hand, are caricatured as noble, disciplined, reasonable and altruistic, and when straying from the above garner outcomes that in an ethically challenging way justify the means.

If it is Ms Dale’s intent, which I think it is, to portray libertarianism as a better alternative in our troubled world, then this book does not make a convincing case for its adoption. The narrow definition of libertarian freedom as proposed by the author is an ideology, and like theocracy, relies on a simplification of the human condition to assert its plausibility.

Jesus’ teaching transformed western civilisation. This was not an historical accident in the sense that it could only happen under the prevailing circumstances. The reality is that his teaching decussated the human condition. The subsequent co-option and corruption of these teachings by the church, religions, empires, states and cultures does not derogate from their efficacy.

To this extent I still don’t think a convincing book on Jesus set in the contemporary world has been written.

Kim Wingerei
4.0 out of 5 stars A clever idea well executed
Reviewed in Australia on 5 October 2018
Verified Purchase
I respect anyone that acknowledges their mistakes, apologises and moves on – Helen Dale (“nee” Helen Demidenko) is a good example. Her debut novel “The Hand that Signed the Paper” won the Miles Franklin but she was later heavily criticised for having falsely presented herself as of Ukrainian ancestry and that the story was based on interviews with relatives. She later apologised unreservedly.
The book was also criticised for being anti-semitic. In my opinion utter nonsense, instead it was a brilliant expose of how war has no winners, that those that partake in atrocities are all sinners and that what we like to see as black and white are just shades of grey in an utterly confusing world.
In “Kingdom of the Wicked” Dale may still be accused of anti-antisemitism by the Jewish dogmatics, but again she manages to navigate through the various shades of human failings and hypocrisy to great effect. A fascinating re-telling of the story of the well documented attack on the moneychangers in the Jerusalem Temple during the times of a historic character also known as Jesus. All four of the gospels tell the story of his participation in it, as do many historians. Dale uses it to recast the role of both Jesus and Judas in what is a very clever work of historical fiction and courtroom drama. The Romans are in charge, but not unlike Baz Luhrmann’s version of Shakespeare’s Romeo and Juliet modernity is brought forward to add texture and intrigue.
The Romans are cast as the debauched elite, they drive cars, watch TV and use sophisticated electronic surveillance and high tech instruments of torture. They also adhere to a sophisticated code of conduct and the letter of the law is mostly adhered to. As such the book is also an interesting reminder of how much the legal constructs of today is based on the jurisprudence originally instituted by the Romans.
The characters are many and varied, some times hard to keep track of, but well crafted in their nuances of conflicting loyalties and confused values. The depictions of the hyper-sexualised life may well be historically accurate, who knows, but at times both camp and overdone, and rarely titillating (if indeed that was the purpose).
But overall I found “Kingdom of the Wicked” a fascinating read, a very clever idea well executed. It is the first in a trilogy, I look forward to the next installment.
Read more
One person found this helpful
Helpful
Report abuse

Fergus W. Mason
5.0 out of 5 stars Alternate history you can actually believe in
Reviewed in the United Kingdom on 17 October 2017
Verified Purchase
I've always enjoyed alternate history, and anything to do with Rome is particularly fascinating. Helen Dale has done a masterful job here, creating an industrialised Roman Empire that's absolutely believable. A regrettable number of alternate history authors simply take a modern society and add a few anachronistic words of job titles to make it into a crude representation of something else. Dale has not done this. Instead she's studied Roman law and religion, looked at how the Romans historically adapted to cope with new inventions or ideas, then extrapolated this to the challenges of industrialisation, media culture and terrorism.
Dale's legionaries aren't just modern American soldiers with Latin ranks; they have a very different set of attitudes to many things, including sex (yes please), death (always met with defiance) and torture (complete the Army Form 23, then grab your tools). Rome's culture grew deep roots, and much of it survives even now, but Dale shows us what it might have grown into if it had access to our technology. It's fascinating watching these people, equal parts familiar and alien, grappling the same problems we're facing ourselves. This version of first-century Judea is eerily close to Iraq.
The plot switches fluidly between different viewpoints - Roman soldiers, Zealot terrorists and a cast of Roman politicians, lawyers and civilians. I'm now impatiently waiting for March, so I can find out what happens in the second half!
Read more
5 people found this helpful
Report abuse

Amazon Customer
5.0 out of 5 stars A realistic feeling word for a great story.
Reviewed in the United Kingdom on 7 December 2017
Verified Purchase
A simply wonderful book, a world that feels so real you almost feel like it is simply a plane flight away.

Dale has put an exceptional amount of time and effort into dragging modernity back into the first century AD crafting a realistic culture around it.

Not just a fun peice of fiction but a subtle critique on Abramatic societies in today's world.

Perhaps a little hard to understand for those not familiar with Roman culture Dale nonetheless is able to describe her world throughout the story without resorting to simply explaining to the reader.

The Authors note at the end fames the circumstances such a world could have arisen brilliantly and reminds us that of all sad words of mouth or pen, the saddest are these. It might have been.
Read more
2 people found this helpful
Report abuse

Aibhistein
5.0 out of 5 stars Loving this book
Reviewed in the United Kingdom on 2 June 2019
Verified Purchase
I'm halfway through this and thoroughly engaged in the story. An interesting premise reflecting on modern society and a comment that history is doomed to repeat itself unless we learn from its lessons.
Read more
One person found this helpful
Report abuse

johnthefatman
5.0 out of 5 stars Five Stars
Reviewed in the United Kingdom on 4 May 2018
Verified Purchase
Really interesting and highly entertaining - wagerly awaiting Book II
Read more
2 people found this helpful
Report abuse
See all reviews
Back to top
Get to Know Us
Make Money with Us
Let Us Help You
And don't forget:
© 1996-2021, Amazon.com, Inc. or its affiliates