Skip to main content
The Kingdom and over 1.5 million other books are available for Amazon Kindle . Learn more
Share <Embed> 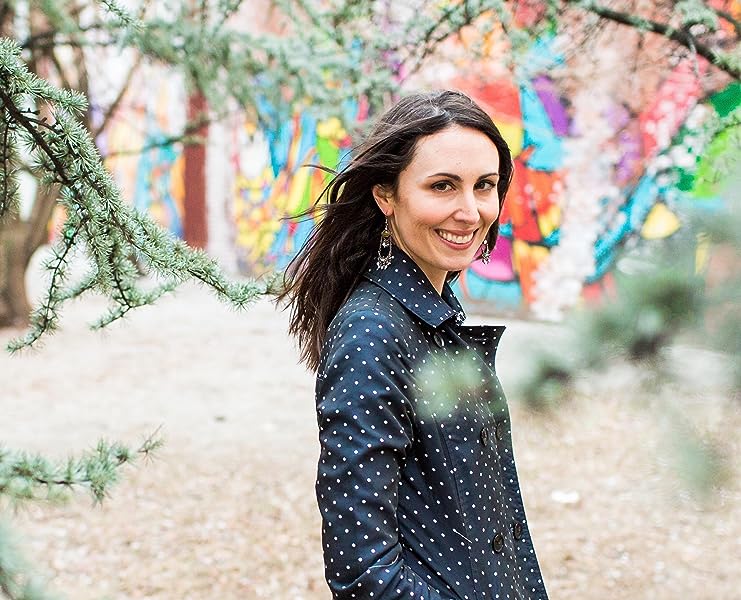 Page 1 of 1 Start overPage 1 of 1
Previous page
Next page
Start reading The Kingdom on your Kindle in under a minute.

Rothenberg presents a thought-provoking anti-fairy tale.--Publishers Weekly This sublime blend of The Stepford Wives and Westworld is richly composed and intricately plotted.--Kirkus Reviews Through flashbacks, trial transcripts, and evidence exhibits, Ana's story, and greater revelations about the world around her, unfold in tantalizing pieces. A layered and fast-paced mystery with an ethical backbone.--Booklist The Kingdom is essentially Disney on steroids, and Rothenberg brings the idea of a place built on fantasy to its inevitable conclusion: what happens when those fantasies aren't so nice, and at whose cost are those fantasies fulfilled?--Bulletin of the Center for Children's Books This highly accessible title is recommended to both science fiction fans and teens who don't normally read in this genre, and to readers who enjoyed titles such as Lauren Oliver's Replica and S.J. Kincaid's The Diabolic.--School Library Journal

Jess Rothenberg is the author of the young adult contemporary novel, The Catastrophic History of You & Me, published in more than a dozen countries. She is a former editor of books for young readers, including the bestselling Vampire Academy series. She currently works as a writer and freelance editor. She lives in New York City with her husband and son.

4.4 out of 5 stars
4.4 out of 5
253 global ratings
How are ratings calculated?
To calculate the overall star rating and percentage breakdown by star, we don’t use a simple average. Instead, our system considers things like how recent a review is and if the reviewer bought the item on Amazon. It also analyses reviews to verify trustworthiness.

In the Kingdom the seven Fantasists aka Princesses are hybrids designed to give visitors the best experience by making their dreams come true. Yep, even writing that sounds sinister. We experience events from Ana's POV and look at how she develops from the expected/programmed to something else or more. Ana learns more about human emotions through her experiences and those of her sisters (the other Fantasists) including Nia and Eve.

The narrative itself is interesting. The book includes flashbacks, trial notes, CCTV excerpts, interviews and so on. If you're not a fan of this then it may not be the book for you. I found these elements added to the story.

A friend asked me whether The Kingdom is just Disney with robots. The setting itself is clearly a distorted Disney-like theme park with artificial creations/intelligence, but it is so much more than that. The issue surrounding the hybrids reminded me of the part in Jurassic Park where Dr Malcolm says "your scientists were so preoccupied with whether they could, they didn't stop to think if they should." Ana and Owen explore this idea, as do the characters on trial. I didn't like the animal mistreatment but understood its inclusion in the story. I'd describe The Kingdom as a YA futuristic mystery thriller inspired by an imagined sinister version of the Disney theme parks...

V. O'Regan
5.0 out of 5 stars Loved this blend of science fiction and thriller set in fantasy theme park
Reviewed in the United Kingdom on 12 July 2019
Verified Purchase
My thanks to Pan Macmillan/Macmillan Children’s Books for an eARC via NetGalley of ‘The Kingdom’ by Jess Rothenberg in exchange for an honest review.

I loved this novel so much and have preordered a copy for myself as well as already recommending it enthusiastically to my friends.

The Kingdom (tm) is an immersive fantasy theme park where technological advances have created ‘hybrids’, including long extinct species and fantasy creatures such as dragons and winged horses. They also have created seven Fantasists, beautiful part-human, part-android princesses, who entertain visitors and make dreams come true.

However, one fairytale has gone wrong and Ana, one of the Fantasists, is now on trial for murder.

The story is told via court documents, interrogation transcripts and Ana’s fragmented flashbacks.

I was completely caught up in this tale from its opening. It explores some of the same futuristic themes as ‘Westworld’ and ‘Do Androids Dream of Electric Sheep’, including the question of sentience and free will.

There are suggestions of darker activities taking place, including the objectification and exploitation of the Fantasists. It’s fairly easy for the reader’s imagination to fill in the blanks and this absence of any explicit scenes increases the sense of unease and horror.

Ana was a wonderful main character, full of curiosity and warmth. Her devotion to the hybrid animals and especially to her sisters was very moving. The supporting characters all shone. I also enjoyed the idiosyncratic naming of the months such as ‘The September of the Dusky Sparrow’ and ‘The April of the Clouded Leopard’.

Although marketed for a YA audience I feel that it will have appeal to older readers of science fiction.
Read more
One person found this helpful
Report abuse

Kindle Customer
4.0 out of 5 stars Enjoyable
Reviewed in the United Kingdom on 15 October 2020
Verified Purchase
This is not my usual kind of read at all but I bought this ages ago on sale for 99p as an amazon recommends suggestion and what a bargain. This is the first sci fi / futuristic novel I have ever read and what a great little starter into that genre. Imagine a futuristic Disney Land with robot princesses, animals and wildlife. Now imagine one of those Princesses developing beyond her standard programming and developing feelings. That is the essense of this story. Artificial intelligence development. The story follows Ana, an android called a fantasist, as it jumps back and forth between her normal day to day living working in the Disney land like park and to a future murder trial case with her as the main suspect. It works really well. Its easy to read. Not "girly" in the slightest and has a really good suprise ending. Not a long read at all but worth the few hours it takes to read.
Read more
Report abuse

Book Freak [cha]
4.0 out of 5 stars Great Read.
Reviewed in the United Kingdom on 11 August 2020
Verified Purchase
Where happily ever after is not just a promise, but a rule.

This is my first book review in over a year. Wow. Never realized that.

I have been always picky when it comes to fantasy, magic, dystopian kinda books. But this one just rocked my world entirely. The Kingdom would fascinate you at one point and would creep you out in the next - maybe because I feel that this might happen in the future, and consequences would be similar. So, there ya go, a bit creepy really.

Nevertheless, Jess Rothenberg carefully constructed a world that can make your dreams come true. Yes, better than Disney, and less scary than Jurassic World. We meet creatures that we haven't seen before maybe because they are extinct, or they are hybrid of the creatures that we have now. But what makes this story more interesting are the Fantasists.

Fantasist are similar to humans. They look like one, and they would interact like one. The only difference is that, they are not really humans - they are programmed for that sort of thing. To create an illusion of perfection, to make dreams come true, not to lie, to make mistakes, to make people happy and safe inside the kingdom. They weren't programmed to feel - most especially to fall in love.

However, like humans who made them, Fantasist are not perfect.

We are introduced to Ana - one of the older fantasist. She's a great character, sometimes I'd forget she's not even human. Initially, she just obey and do what she is directed to do, until she met Owen.

"Love is when everything is a prison," he says, "except the place where you want to be."
It didn't end in an HEA though, because Ana was accused of murdering Owen.

The trial of the century began, the secrets of the Kingdom, of the people managing it, and the creatures who live in there began to surface - and it is just the beginning. What seems to be perfect from the outside, seems to be rotten in the inside. Everything is evolving, some things have gone wrong.

Exhilarating read, Jess Rothenberg made sure her readers were glued. From the start to the finish, you will just want to know what happens next, what happens to the other Fantasist, or why would Ana even harm Owen. I enjoyed how the story progressed. There wasn't a boring moment, but it didn't really prepared me for the ending. Now, that was something.

In the end, it does not matter what a story is about. It only matters who gets to tell it.
Read more
Report abuse

Colleen Stewart
4.0 out of 5 stars A Fantastical Thriller you dont want to miss
Reviewed in the United Kingdom on 13 August 2019
Verified Purchase
Don't let the pretty cover fool you, this is a dark and sinister story about murder, humanity, love and loss.

The Kingdom is a theme park that uses innovative technology to create a magical experience for the visitors. With something for everyone, from fantasy simulations to the chance to see previously extinct animals that have been brought back with technology, the park promises to inspire hope and wonder in people and to give them the happily ever after the visitors want and deserve. One of the most important and distinguished attractions are the Fantasists, these seven android princesses made to delight and inspire the guests and visitors in the park.

This book is told in flashbacks and multimedia chapters, which peice together the story of Ana (one of the Fantasists), who had been accused of murdering a maintenance worker, who was employed at the park.
The plot of this story is so captivating and the story being told in past and present formats really helped to fully immerse me into the story and have me on the edge of my seat as some of the revelations within the story came to light.

This is a very unique story and it is a book that will stay with me for a long time!

Trigger Warnings for suicide, sexual assault (off-page and implied), animal abuse and self harm.
Read more
One person found this helpful
Report abuse
See all reviews
Back to top
Get to Know Us
Make Money with Us
Let Us Help You
And don't forget:
© 1996-2021, Amazon.com, Inc. or its affiliates