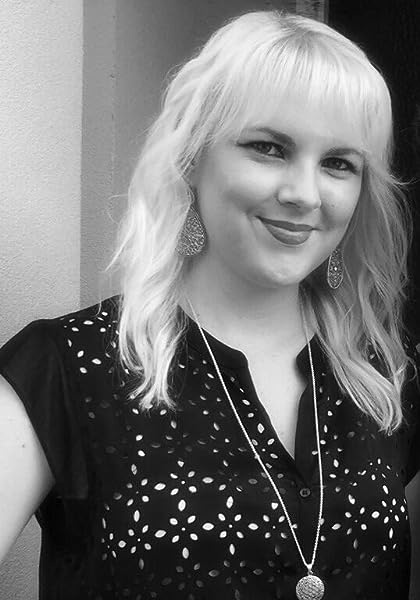 Forced back into a world of war, a reluctant king will return to take up his broken crown ...

Bleddyn is a man with secrets, but he can’t outrun his past any longer. With Balthasar and Nimue in the clutches of his greatest enemy, he’ll have to reclaim his birthright as the King of the Unseelie to save them. First, he’ll have to recruit the formidable general Eirianwen to stand by his side, but his ex-fiancé isn’t going to be won over so easily

Eirianwen never thought she would see Bleddyn again and the woman he remembers died centuries ago. Only he can unite the scattered Unseelie in a final battle against the Autumn Queen, and as much as she hates it, Eirianwen knows she can’t keep fighting alone. Bleddyn promises to get revenge for everything that was taken from her, but when the doors to the past are opened, neither one will be prepared for what comes out.

Rosa will do anything to get Balthasar back, and when Merlin makes a plan to recruit the Wild Hunt to their cause, there’s nothing she won’t do to secure their alliance. Making a bargain with a god is never a good idea, and her deal with Gwyn ap Nudd might end up costing Rosa more than she’s willing to pay.

Amanda
5.0 out of 5 stars Loved it, so sad it's over
Reviewed in Australia on 26 November 2018
Verified Purchase
t! So sad I finished it, please write more about Rosa, surely she could meet a few more Gods and create some more poetic havoc! Can't recommend this series enough, so so good. Love all the references to myths and legends, of elder races and otherworlds
Read more
Helpful
Report abuse
See all reviews

Amazon Customer
4.0 out of 5 stars Gripping fantasy
Reviewed in the United Kingdom on 1 June 2019
Verified Purchase
I really enjoyed the characters, the women were strong although it had plenty of romance. Lots of action and the pace was just right.
Read more
Report abuse

Debra Manson
5.0 out of 5 stars Great storyline, characters and well written
Reviewed in the United Kingdom on 19 May 2019
Verified Purchase
Loved it, moved by the characters.
Read more
Report abuse

Mamabookdragon
5.0 out of 5 stars A nice ending but dragged too long
Reviewed in the United States on 28 April 2019
Verified Purchase
Spoiler. I was expecting Rosa to be completely furious at Bal when she Finally saw him because he made her wait so long and Merlin knew he was back to normal too. It took far too long for them to be reunited. And everyone left home to go traipsing around the world. And I would have thought the lord of the hunt would have tried just a bit harder to win Rosa especially with Bal being a beast for so long. All in all, happy ending. I don't know where the author is going to go with Arthur as a next book. Curious tho
Read more
Report abuse

Lilybell
5.0 out of 5 stars Kingdom
Reviewed in the United States on 25 January 2019
Verified Purchase
If you want romance and adventure the Blood Chronicles are the perfect books. These books are awesome! I am looking forward to reading more by this author.
Read more
Report abuse

D.M
5.0 out of 5 stars What an amazing series!
Reviewed in the United States on 25 February 2019
Verified Purchase
Amy makes you cry, laugh and spitting mad in this book! All the sword fighting, fae and happily ever afters will make you feel all three! Can't wait to see what adventures I can get into next!
Read more
Report abuse
See all reviews
Back to top
Get to Know Us
Make Money with Us
Let Us Help You
And don't forget:
© 1996-2022, Amazon.com, Inc. or its affiliates