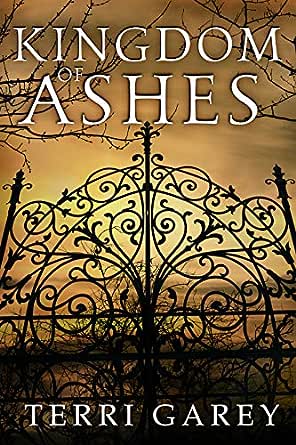 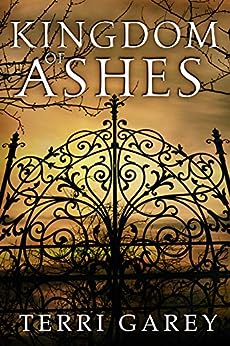 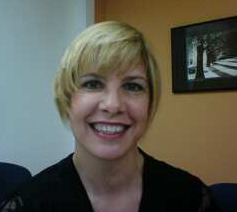 Idle hands are the devil's workshop

Temptation and seduction are the tricks of the Devil's trade, and when offered the chance to regain his wings by playing guardian angel, he's hell-bent on doing things his way . . .

Faith McFarland is in need of a miracle. So desperate to save her sick child, she's willing to make a deal with the Devil: steal a ring worn by Finn Payne, the bad-boy rockstar who long ago sold his soul for rock 'n roll. Temptation and seduction become necessary evils, yet Faith's salvation means Finn's damnation . . . because the ring is all that stands between him and Hell. Falling in love was never part of the bargain, but now that they've tasted heaven in each other's arms, can they convince the Devil to give up his due?

A Southern girl with an overactive imagination, Terri Garey grew up in Florida, always wondering why tropical prints and socks with sandals were considered a fashion statement. A former computer analyst, she now spends her time writing demented tales from the dark side. --This text refers to the mass_market edition.
click to open popover

Linda Temple
5.0 out of 5 stars great book series.
Reviewed in the United Kingdom on 10 November 2014
Verified Purchase
Brilliant series, downloaded to my kindle on spec then ended up downloading the next book in the series. Now waiting for the next one. A new author for me.
Read more
Helpful
Sending feedback...
Thank you for your feedback.
Sorry, we failed to record your vote. Please try again
Report abuse

Pacey1927
5.0 out of 5 stars Shocked by how much I enjoyed this book!
Reviewed in the United States on 13 June 2011
Verified Purchase
I am an Urban Fantasy gal all the way. Every so often I enjoy a little paranormal romance. While I like some romantic tension in my books, I don't necessarily need or enjoy a book that is 25% or more bedroom scenes. Yet there are a few paranormal romances that I fully embrace (Kresley Cole, J.R. Ward, Kerrlyn Sparks). I was not expecting to more than casually enjoy this new book by Terri Garey, "Devil Without A Cause". I liked her Nicki Styx books well enough, in part because I am a sucker for a ghost story. Those books featured the Devil, Sammy Devine in a recurring role. I couldn't stand Sammy in those books. He was cocky and just plain didn't do anything for me. While I was happy to hear the author sold a new series, I wasn't sure I would be interested...an entire series featuring Sammy and no ghosts? Yet I ordered the book last week and started reading it today. And I finished it today.

Needless to say, the book was fantastic. I obsessively read page after page stopping for a couple of bathroom breaks and lunch. The writing was wonderful and the story engaging. Sammy was still the same character from the Nicki Styx series and yet seeing his world from his eyes made him a much more enjoyable character. His sarcasm here was spot on and his personality was a fantastic blend of evil incarnate, and sympathetic fallen angel. His home in Hell was unique and unlike any other Hell I have seen imagined in a novel. Mixing mythology, folklore, and Bilbical elements, many of the names and backstories seem familiar, yet twisted around and made into something unique and entirely the author's creation.

The story is about Sammy's devil's bargain with two people who find their lives suddenly entwined in a battle that could determine if they lose their souls to Sammy. For Faith, her eternal soul's damnation is the least of her worries. She is far more concerned about the life of her four year old son Nathan who has brain cancer. Sammy's bargain involves whether the poor child will live or die. Rock star Finn Payne made a pact with Sammy years ago, selling his soul for fortune and fame. Faith and Finn were both likeable characters from the start and I fell in love with young Nathan. The story never failed to make suprising twists and turns...this is not your standard romance story.

I am going to talk this book up to everyone that will have a lesson because I truly found reading it to be a wonderful way to spend most of my lazy Sunday. I wholeheartedly look forward to visiting Sammy's Hell again, the sooner the better. This book has definitely eased the pain of finding out the Nicki Styx series was concluded.

A Bookworm's Haven
4.0 out of 5 stars Devil Without a Cause by Terri Garey
Reviewed in the United States on 21 July 2011
Verified Purchase
I had this book on my radar for a little while, but the final push for me was seeing Jeaniene Frost recommended it. I love her Night Huntress series and was hoping her book recommendations were going to be as good as her books. Fingers crossed I downloaded the book to my Kindle and started reading.

I am glad I listened to Jeaniene's advice because Devil Without a Cause did not disappoint. Much of the story does focus on Finn and Faith and the struggles they are enduring but, the Devil, aka Sammy, also plays a major role in the book. I am used to rooting against the villain and wishing harm would come to him, but I could not muster that kind of hatred for Sammy. He has been brought up before in Terri's Nicki Styx books, but since I have not read those yet, I was not familiar with him. Having not read the other books though, I did not feel lost during this story. I am interested to go back and read the Nicki Styx books now, but I read Devil Without a cause without a problem. As for the Devil himself, he is a clever, lying, cheating, pretty much all around evil guy, but for some reason I still loved him. I know, I know, he is the devil, but he was so funny, I could not help but look forward to his dialogue in the story. Terri puts a whole new spin on his reasons for being cast out of Heaven and I found it all fascinating. I am hoping this is going to turn into a series and we will see more from Sammy.

As for Finn and Faith, I did like the two of them and they had good chemistry. It was interesting to see them try to come together and solve both of their problems at once by getting out of a deal with the devil. Faith also had a son come into the mix and I will admit that I don't always like seeing children come into play in books. They tend to just slow down the pace and I am not a fan of that. However, Faith's son, Nathan, only enhanced the story. He was a burst a sunshine and happiness and helped to bring Finn and Faith together. They are both so busy trying to save their souls, they don't take the time to understand how precious love can be, Nathan was eager to remind them of that.

My only complaint for this book was the ending. It just felt a little abrupt. I felt the story was still at the tip of the climax and we did not get a real resolution. The story does not have a cliffhanger, but I wanted one more chapter or an epilogue just to tie everything up.

Overall though, I really enjoyed this book and the new world that Terri has introduced us too. I am keeping fingers crossed that this will turn into a series and we will get to see more from Sammy and whatever poor souls he manages to convince to enter a bargain with him.
Read more
2 people found this helpful
Helpful
Sending feedback...
Thank you for your feedback.
Sorry, we failed to record your vote. Please try again
Report abuse

Alice MM
5.0 out of 5 stars Worth reading. Related to the Nicki Styx series, but can be read alone.
Reviewed in the United States on 3 October 2015
Verified Purchase
I loved the whole Nicki Styx series, which this book is related to. This book can be read without reading any of the Nicki Styx books, however. The story was well written and I became sympathetic with the characters. There wasn't the humor that's in the Nicki Styx series, but it was worth reading. I think that without knowing love, the devil can't know hate; so through loving Nicki Styx, he allowed the characters in this story to have hope. (I won't give away the ending.)
Read more
Helpful
Sending feedback...
Thank you for your feedback.
Sorry, we failed to record your vote. Please try again
Report abuse
Load more international reviews

Eileen Scanlon
5.0 out of 5 stars Garey bravely tackles the king of evil in the best way!
Reviewed in the United States on 1 February 2016
Verified Purchase
The devil is getting some good press lately. Maybe he'll turn into a fairy godmother and if that statement doesn't damn me to hell I don't know what will. It's a great ending that is totally unexpected but may love always conquer all. Enjoy!
Read more
One person found this helpful
Helpful
Sending feedback...
Thank you for your feedback.
Sorry, we failed to record your vote. Please try again
Report abuse

Kindle Customer
4.0 out of 5 stars One case
Reviewed in the United States on 21 January 2016
Verified Purchase
Samuel and Gabriel are not brothers anymore. But Gabriel ask Samuel to do a good deed. Little does Samuel knows it ends up being two. A long the way Samuel meets Cain. And his life changes as well.
Read more
Helpful
Sending feedback...
Thank you for your feedback.
Sorry, we failed to record your vote. Please try again
Report abuse

Ablesd1
5.0 out of 5 stars Good writing.
Reviewed in the United States on 21 November 2013
Verified Purchase
This is a great first effort of a spin-off series... leaves you wanting more. The antagonist is charming and, dare i say: almost lovable.
Read more
One person found this helpful
Helpful
Sending feedback...
Thank you for your feedback.
Sorry, we failed to record your vote. Please try again
Report abuse

Joan E Randolph
5.0 out of 5 stars Five Stars
Reviewed in the United States on 10 July 2015
Verified Purchase
Terri is right up there with the best!!
Read more
Helpful
Sending feedback...
Thank you for your feedback.
Sorry, we failed to record your vote. Please try again
Report abuse

Cindy W.
4.0 out of 5 stars Good, but not great...
Reviewed in the United States on 18 August 2014
Verified Purchase
I was looking forward to this series to see what new hijinks Sammy would get up to after the Nikki Styx series ended. It fell a little short of my expectations as TG could have amped up his quirky personality a bit more and added some more "comic relief" into the story. Overall, a good book, though, and I did go on to read book 2....
Read more
Helpful
Sending feedback...
Thank you for your feedback.
Sorry, we failed to record your vote. Please try again
Report abuse