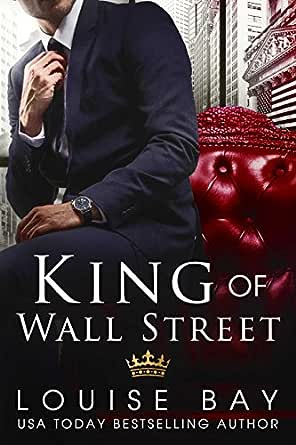 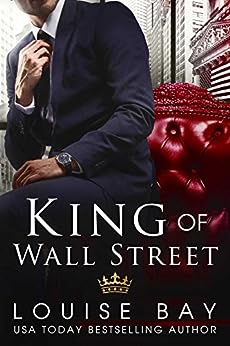 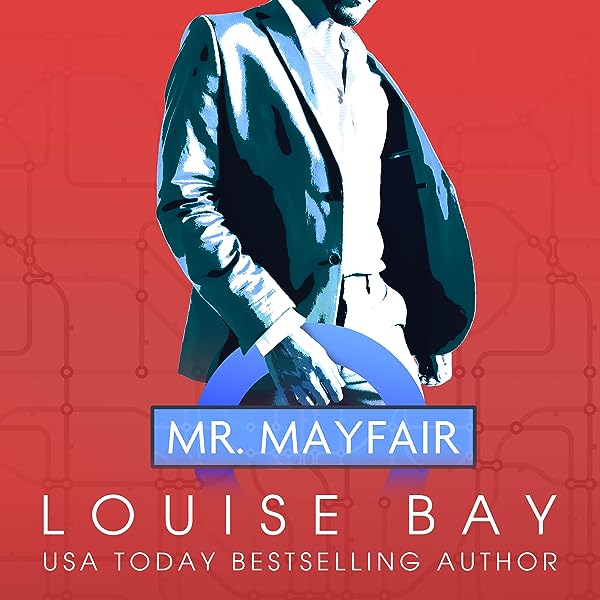 THE KING OF WALL STREET IS BROUGHT TO HIS KNEES BY AN AMBITIOUS BOMBSHELL.

I keep my two worlds separate.

At work, I’m King of Wall Street. The heaviest hitters in Manhattan come to me to make money. They do whatever I say because I’m always right. I’m shrewd. Exacting. Some say ruthless.

At home, I’m a single dad trying to keep his fourteen year old daughter a kid for as long as possible. If my daughter does what I say, somewhere there’s a snowball surviving in hell. And nothing I say is ever right.

When Harper Jayne starts as a junior researcher at my firm, the barriers between my worlds begin to dissolve. She’s the most infuriating woman I’ve ever worked with.

I don’t like the way she bends over the photocopier—it makes my mouth water.

I hate the way she’s so eager to do a good job—it makes my dick twitch.

And I can’t stand the way she wears her hair up exposing her long neck. It makes me want to strip her naked, bend her over my desk and trail my tongue all over her body.

If my two worlds are going to collide, Harper Jayne will have to learn that I don't just rule the boardroom. I’m in charge of the bedroom, too.

The King of Wall Street is a sexy, stand alone, contemporary romance.

Other stand-alone books in this series. They can be read in any order.

USA Today bestselling author, Louise Bay writes sexy, contemporary romance novels - the kind she likes to read. Her books include the novels Faithful and Hopeful, The Empire State Series, Parisian Nights, Promised Nights and Indigo Nights. Each novel is novels and together each series are stand-alone although there are some overlapping characters. Ruined by bonk-busters and sexy mini-series of the eighties Louise loves all things sexy and romantic. There's not enough of it in real life so she disappears into the fictional worlds in books and films. Louise loves the rain, the West Wing, London, days when she doesn't have to wear make-up, being on her own, being with friends, elephants and champagne. She loves to hear from readers so get in touch!

Toniwilson
5.0 out of 5 stars A-MAZING
22 August 2019
Format: Kindle EditionVerified Purchase
I love this series of books so much I'm re- reading it. Loved max & Harper! Amanda was a great catalyst in getting them together as well. Loved that she stood up for herself and didn't want to hang off daddy's coattails. Awesome HEA..
Read more
Helpful
Comment Report abuse

Lover❤️All Books📚 Romance
TOP 1000 REVIEWER
5.0 out of 5 stars HOT SINGLE DAD, WHATS NOT TO LOVE !
2 September 2016
Format: Kindle EditionVerified Purchase
After seeing all the reviews on Amazon US and that it was also a Best Seller, I just had to one click and boy am I happy that I did.
This is a new Author for me and after totally and unexpectedly loving this fantastic romantic quick read, I will be buying ALL her other titles too.
If you want a quick, hot romance, look no further, you will love this and agree with the many other smiling Amazon customers all over the World.

Kindle Customer
4.0 out of 5 stars Good read
3 June 2017
Format: Kindle EditionVerified Purchase
It was a nice read, i was very invested in the story. I liked how Louise told the story from all sides. You could not help but love Max, Harper and Amanda,. Looking forward to more from the series.
Read more
Helpful
Comment Report abuse

Cas
TOP 500 REVIEWER
5.0 out of 5 stars One click!
17 October 2016
Format: Kindle EditionVerified Purchase
Omg! I just loved this book. It stays with you and you keep thinking back to it. I loved the sense of family on Max's side and Harpers's great friend grace. A must read for anyone!
Read more
Helpful
Comment Report abuse

Ashley Heather
5.0 out of 5 stars I found my King !
25 August 2016
Format: Kindle Edition
Firstly I've took a few days of processing my thoughts before writing this review because King Of Wall Street rendered me speechless ( that's an achievement for anyone to do to me lol - I'm a talker ;) ) however Louise Bay literally left my thought processing scattered to the wind after I finished this book !! I knew exactly how I was feeling but I just couldn't conjure the vocabulary that expressed it to really do this book justice......I can only hope this review does portray the absolute brilliance of this read!

This is now the fifth novel I've read from this author and I can honestly say I've never been disappointed with any of her books but this story set it apart. Louise Bay is now a go to author for me in that I will click any of her titles that is released as I know I'm not going to be disappointed.

King Of Wall Street without doubt has to be a firm favourite of mine for certain. I was extremely lucky to receive this book as an ARC and it arrived on my kindle at 7pm, after mummy duties were fulfilled and the children were asleep I dived straight in at about 10pm.
By 3.30am I was reading the last page and left feeling in total awe of this authors ability to suck me into the fictional world she created. I could NOT put this book down - the sleep deprivation was so worth it !!
Not only was the story line intense and mind gripping for me but the humour and character interaction was consuming as well. I felt like I was part of this book, almost like an extra character that was observing the scene from within the scene. Any author that can make you feel immersed in the performance they are describing is worth their weight in gold in my view and has accomplished their job. Reading is often described as zoning out of reality for a while and being lost in a fantasy - well this author ticked the box twice with this story.
Even though this book was gifted to me as an ARC I will most definitely still be clicking this on release day - that's my way of not only supporting indie authors but also thanking this author for an amazing reading experience. I even went back and re-read the next day too.

From the first page I read I was hooked in the story. I could feel the tension immediately between the two main protagonists and it wasn't a lust tension but a frustration tension.
Max King is described as the King of Wall Street for a reason- he's ruthless and gets results by being ruthless. His reputation is one of utter control and he's known for being ice cold in his interactions. This serves him well as he has no other priorities other than work or his 14 yr old daughter Amanda.
Enter Harper Jayne into Max's world and his axis don't just shift they become non existent. Harper really throws him of balance which annoys him that one of his employees can have an effect on him so much. The icy tension can be cut through with a knife yet bubbling away below the surface is a heated desire both are desperate to contain from breaking free.
Throughout their journey I felt every emotion they endured because of the authors ability to deliver the scene using full descriptive language that really binds you to the characters.
I love that Max was a father in this story and not just your typical millionaire alpha male because this gave so much more depth to him and brought a sense of reality. His interactions with his teenage counterpart were spot on and down right hilarious - it took me back to my stroppy 14 year old self and made me giggle ! Well Done Louise you captured that perfectly.

To conclude (without going on to give away any spoilers) this is a must read, whether your an avid fan of this author or your new to her work you won't be disappointed with this read :)

Go to Amazon.com to see all 506 reviews 4.4 out of 5 stars
Get FREE delivery with Amazon Prime
Prime members enjoy FREE Delivery and exclusive access to movies, TV shows, music, Kindle e-books, Twitch Prime, and more.
> Get Started
Back to top
Get to Know Us
Make Money with Us
Let Us Help You
And don't forget:
© 1996-2020, Amazon.com, Inc. or its affiliates