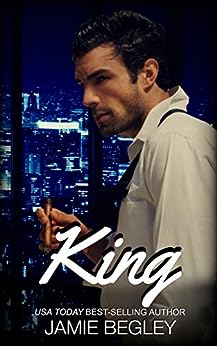 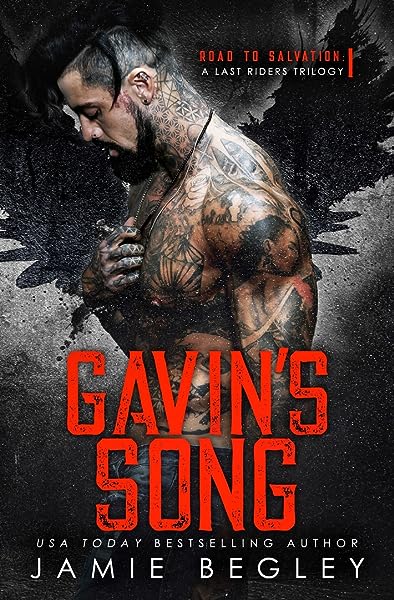 4.7 out of 5 stars
4.7 out of 5
194 global ratings
How are ratings calculated?
To calculate the overall star rating and percentage breakdown by star, we don’t use a simple average. Instead, our system considers things like how recent a review is and if the reviewer bought the item on Amazon. It also analyses reviews to verify trustworthiness.

Remila
4.0 out of 5 stars Dips
Reviewed in Australia on 30 July 2014
Verified Purchase
I always like Jamie Begley's books.. This one was very nice as good to see Eva having her HEA.
Read more
Helpful
Report abuse
See all reviews

King just wants Lily to be safe and he doesn't think Shade is the best man for her. His aim is to destroy the Last Riders, destroy Shade and get Lily back in his life. His good intentions always led to disaster, he just wanted to get to know Lily and her life in Treepoint. King moved back to Queen City to finish his business there.

Evie was sent to keep an eye on King for Shade. Shade doesn't trust King to do the right thing by Lily. Evie moved to Queen city to be near King. King doesn't think much of Evie and the Last Riders. He thinks all the Last Rider women are whores.

King and Evie have been seeing each other but they are each other worst enemy. Each thinks they are better than the other. What's going to happen between King and Evie? Will Lily and Shade survive?

I would recommend this book and all Jamie Begley's books.
Read more
Report abuse

➳ Raj
5.0 out of 5 stars King Rules!
Reviewed in the United Kingdom on 30 June 2014
Verified Purchase
I was intrigued about King's character after reading the other VIP Room books, and I was so excited that he was getting his own story because I loved him already. When I heard Jamie Begley paired King with Evie I was abit like that's gross, considering our perception of her relationship with Shade as a club member, but as usual oh how Jamie Begley leaves us doubters shocked and eating our own words lol! King and Evie couldn't have been more perfect for each other. Whilst King recovered from his injuries, his mind kept him busy we see his intent to uncover Shade's secrets and break his daughter's marriage up. King put the feelers out through the Predators and set his plan in action, aiming to uncover as much Intel by also using Evie to bring The Last Riders down. The adrenaline was high as Shade and King went up against each other, changing their tactics to eliminate the other, trying to stay one step ahead of the other, with Henry and the Predators in Kings Corner and Evie in Shade's, the funny thing was both men had similar personality traits lol! We learn of Evie's heart breaking past and come to understand her loyalty to The Last Riders and her bond with Shade. My heart really ached for her she was such an amazing woman, and out of all the club woman she was the only one I cared for, I'm not interested in reading about the other female members especially Bliss, as Evie regretted her mistakes and acknowledged how hurtful she had been towards Beth in Razor's Ride, she grew as a person unlike Bliss who shamelessly carried on with her antics. I loved King (The VIP Room #3)because it had so many of my favourite characters together, and it showed so many emotional and happy dialogues, with the focus on how two damaged people opposing the other, allowed themselves to freely love again and heal after everything they endured in life. The chemistry and erotic scenes between King and Evie were scorching, I totally loved this couple as they bounced off each other, and we get to see Evie's character really shine. King was raw, powerful, sexy and dominating, I loved the cover he totally fit the image of King for me. I loved Shade and Lily and her relationship with King, the ending was teary and beautiful. The Last Rider series is unique as stories and characters intertwine, leaving you craving for the next pairing and book release, I'm so excited for Cash and Rachel and Pennie and Jackal's books to come out!
Read more
One person found this helpful
Report abuse

Kindle Customer
5.0 out of 5 stars Awesome.....again.....as always
Reviewed in the United Kingdom on 16 May 2017
Verified Purchase
LOVED it. Great story line, great characters. The heroine has been one of my favourite background characters through the whole Last Rider series. I loved that she gets her own book! I wasn't expecting to like the hero as much as I did, but he was also great.
The books just get better and better!
Read more
Report abuse

cazhaz
5.0 out of 5 stars DID NOT DISAPPOINT
Reviewed in the United Kingdom on 28 June 2014
Verified Purchase
Yet another great book from Jamie Begley. Love how both series have come together but can still take different routes. Who would have known the heartbreak that Evie had been through, as the saying goes what doesn't kill you makes you stronger and that is so apt for Evie. King is a strong enough person to keep her safe and still be able to keep her guessing. Loved that you still get to hear about all the previous characters especially Shade and Lilly. Can't wait for the next book. Please write faster Jamie.
Read more
One person found this helpful
Report abuse

margaret c hassebrock
5.0 out of 5 stars Love
Reviewed in the United Kingdom on 11 October 2019
Verified Purchase
If I have one complaint about this book is that it was over to fast for me. I loved King and Evie together and cannot wait for the rest of the story to continue.
Read more
Report abuse
See all reviews
Back to top
Get to Know Us
Make Money with Us
Let Us Help You
And don't forget:
© 1996-2021, Amazon.com, Inc. or its affiliates