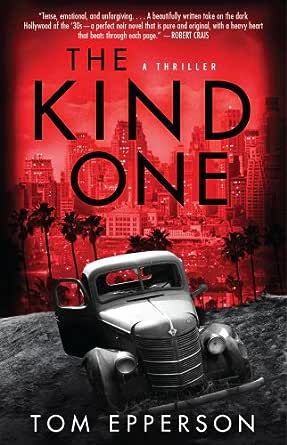 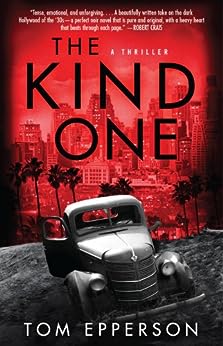 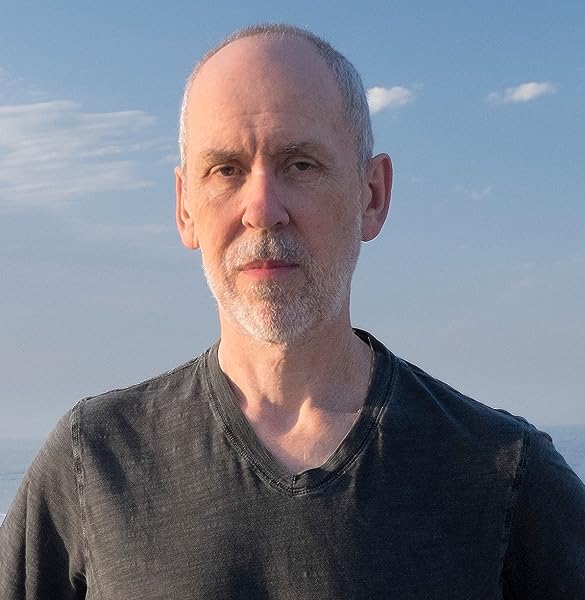 The Kind One Kindle Edition

"On every page, the language is crisp and fresh, the details sharp and keenly observed, the dialogue real, never forced....The novel itself is of the highest caliber in its genre and makes the leap into literature, as do the best works in all genres." -- Los Angeles Times "Hard-biting noir....Epperson presents Landon's inner turmoil plausibly and manages to throw in an occasional turn of phrase that Raymond Chandler might have penned.... it's an impressive debut and deserves to be followed by more." -- Publishers Weekly --.

Tense, emotional, and unforgiving, Tom Epperson's The Kind One is a beautifully written take on the dark Hollywood of the '30s a perfect noir novel that is pure and original, with a heavy heart that beats through each page. --Robert Crais, New York Times bestselling author

Tom Epperson's Depression-era Los Angeles is spot-on....With gangsters on the chase we race down the Sunset Strip, as bullets are flying and blondes are crying. Epperson knows how to write with philosophic compassion and kick-ass action. What a great read! --Steve Hodell, bestselling author of Black Dahlia Avenger: A Genius for Murder

In the kill-or-be-killed criminal underworld of 1930s Los Angeles, "Two Gun Danny" Landon has a distinct disadvantage. According to the fellas, he used to pull all kinds of shoot-ups and shenanigans...but damned if he can't remember a thing from before last year, when he got hit over the head with a lead pipe. Sadistic mobster Bud Seitz -- known to friends and enemies alike as "The Kind One" -- seems to have big plans for him, but truthfully, Danny can't stomach the dirty work. His aim is off, the other wiseguys laugh at him, and he'd gladly trade in the drunken parties and the endless broads for a day at the movies with his colorful and mysterious neighbor Dulwich and eleven-year-old Sophie, whose deadbeat mother delivers an endless stream of emotional and physical abuse. But when Bud's beautiful girlfriend Darla begs Danny to help her escape the Kind One's dark, brutal world, Danny must confront a dangerous test of loyalty that could irrevocably change his future -- and his past -- forever.
See all Product description
click to open popover

TJTL
5.0 out of 5 stars Wonderful Story
Reviewed in the United States on 28 July 2009
Verified Purchase
A beautiful trip back to Los Angeles in the 1930's during which a seemingly misplaced soul searches for his identity in the midst of violence and double cross. Mr. Epperson does a wonderful job painting visuals with the written word, and easily pulls you into the story. The book is an easy read (don't mistaken it for pulp) and a perfect book to toss your bag for vacation or a long trip. It will be interesting to see what Casey Affleck does as the main character in the coming film version.
Read more
Helpful
Sending feedback...
Thank you for your feedback.
Sorry, we failed to record your vote. Please try again
Report abuse

Donald A. Coppock
3.0 out of 5 stars No Raymond Chandler
Reviewed in the United States on 4 May 2009
Verified Purchase
After all the five star reviews I was excited to get this book, but other than the period I found no comparison to Raymond Chandler. You can get a gist of the plot from all the other reviews but I found the characters separate stories, particularly Dulwich's and the Butler's, to be distracting at best and filler at worst. As for the tale, while marginally holding my interest from beginning to end, it truly surprises me seeing all the five star reviews this little noir novel is getting. I'm a big fan of Chandler, James lee Burke, and Ed Mcbain among others and certainly didn't feel that this stacked up along any of the aforementioned.
Read more
5 people found this helpful
Helpful
Sending feedback...
Thank you for your feedback.
Sorry, we failed to record your vote. Please try again
Report abuse