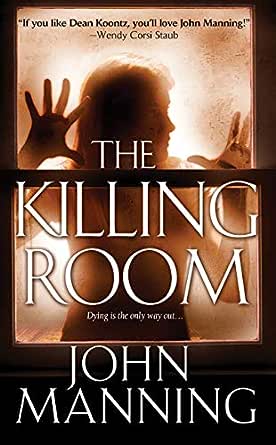 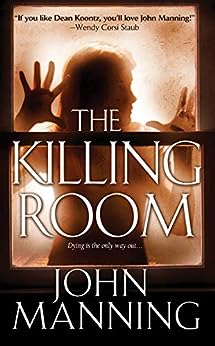 Old houses have their secrets. The Young residence--a beautiful Maine mansion overlooking the Atlantic--is no exception. But the secrets here are different. They can kill. . .

The Only Way Out

Carolyn Cartwright, private detective and ex-FBI agent, has been hired by Howard Young to investigate a string of gruesome family deaths. The crimes are horrific, brutal, and senseless. And the time has come for the killing to begin again. . .

One by one, members of the Young family are chosen to die. Old and young, weak and strong, no one is safe from a killer with a limitless thirst for revenge. And the only way for Carolyn to uncover the shocking truth is to enter the room no one has ever left alive--and make herself the next target. . .

Praise for John Manning's debut All the Pretty Girls Are Dead

"Brilliantly executed. . .this one is not to be missed!" --Kevin O'Brien, New York Times bestselling author

Todd Simpson
TOP 100 REVIEWER
4.0 out of 5 stars Good Read
15 February 2016
Format: Kindle EditionVerified Purchase
You definitely don't want to end up in this room. This is a good suspense thriller. The story kept my attention, and I had to keep reading to find out what was going to happen in the end.
Read more
Helpful
Comment Report abuse
See all 1 customer reviews
Write a customer review

PandaV
3.0 out of 5 stars Good concept but ...
1 January 2019 - Published on Amazon.com
Format: Kindle EditionVerified Purchase
For a good part of this book I was leaning towards a 5 star review, then editing mistakes started showing up and that is an automatic star reduction from me. The other star lost is because this is a very predictable story, you can guess early on how it will end. This could have been better without bringing a zombie into the mix. Another ghost yes, a wanted serial killer yes, even someone just killing for kicks would have worked but a zombie, nope, zombies just don't work in stories like this.
Read more

Tracy
3.0 out of 5 stars Abandon Hope
6 August 2010 - Published on Amazon.com
Format: Kindle EditionVerified Purchase
Eighty years ago, a young servant girl named Beatrice was impaled on a pitchfork in her small servant's quarters in the basement of the house of one of the richest families in Maine. Since that horrific murder, the Young family has suffered tenfold, cursed to gather once every decade and through a lottery, submit one family member to spend what will be the last night of their lives in that same room. Fail to hold the lottery, and instead of one death, the family faces slaughter. That has been proven to horrific fact. Hiding or running results in the same brutal end game. For years the patriarch of the family, Howard Young, has gone unchosen in the lottery, and for eight decades he's watched brothers, uncles, sons, nephews, cousins...all fall under this horrific curse. He's hired expert after expert in an attempt to break it, work around it...anything, but to no avail. At ninety-eight years old, he realizes that this year will almost assuredly be his last as the head of what's left of his family, and so he tries again. He hires a very special investigator with ties to the FBI and with some experience with the paranormal. Maybe this time...maybe this year...maybe...

Former FBI agent Carolyn Cartwright has her own ghosts to deal with. She survived a relationship with a deadly conman and hasn't quite gotten her confidence back from that experience. Not only that, but she's financially responsible for a sister with developmental disabilities and her mother's premature death after a long illness decimated her finances. The one million dollar paycheck from Harry Young is desperately needed, even if the house she's been invited to gives her the creeps and Mr. Young himself is stubbornly sparse with the details of her hiring. Carolyn is very good at investigation, though, and as more and more of the past comes to light and the true nature of the danger this family faces becomes very personal to Carolyn, the race becomes frantic to stop an eighty year old ghost from finishing what was started so long ago - the annihilation of an entire family.

I love a good ghost story, and I have to admit, Manning has all the building blocks of a truly creepy and horrific ghost story, full of mysterious apparitions, vague and not so vague threats, and the requisite reprehensible character or three that you want to suffer heinously before they die screaming. I thought the concept behind the haunting was imaginative...disturbing, but imaginative...and several aspects of the plot were legitimately spine tingling. I also have to give credit to Manning for being able to maintain a growing level of anxiety as the deadline for the lottery gets closer and closer, and Carolyn's character becomes more and more invested in the outcome. It kept me reading, even though I'd figured out quite a bit of the big picture before she did. I don't hold that against Manning - that's pretty common in horror and suspense novels and I don't actually think Manning was trying very hard to hide it, if he was at all.

What I did have a problem with wasn't the story and how it developed so much as how it was written. While the creativity and imagination of the plot were solid enough to provide a strong ghost story, ultimately it was the execution that turned potential screams of terror into slightly disgruntled frowns. Most notably, the timelines for character backstory and development were riddled with contradictions, and those that weren't in direct conflict were highly improbable. Never was this more egregious than in the exposition of Carolyn's past and her motivations for her present. She's also described as a crack investigator, yet most of the information she obtains comes from supposition and questionable leaps in logic, not actual investigation and despite her repeatedly claiming to keep an open mind in the absence of factual data. The groundwork for the whole of the book was shaky because of that and it never quite solidified for me as a reader.

The narrative suffers from a lack of sophistication, grammatical errors and awkwardness making it seem quite stilted and unnatural, and the dialogue between characters didn't always feel organic. In more than one instance I found the characters' actions and purported feelings - most notably for Carolyn and Douglas - were inexplicable and perplexing, and developed without any foundation. There were just too many problems like that and of a similar nature to keep me invested in the story, and towards the end, those problems morphed into absurd happenstance that totally ruined my ability to maintain a willing suspension of disbelief. Between the sparsely defined and almost painfully executed romance and the appearance of a character that was given no cause to be included, let alone an inkling of why he is in the condition he's in, the ending really started to fall apart for me. The Killing Room went from being a tragic, though flawed, ghost story with some legitimate sense of menace to being a D-grade slasher flick full of selfish, reprehensible characters and more concerned with shock value than good storytelling.

I see potential in Manning. He's got imagination...dark and disturbing as that imagination is...and he has an ability to draw a reader along to varying degrees even when the story is flawed. His writing chops aren't anywhere near King and Koontz yet, though, and attempting to compare is precipitous, but he could definitely scare the bejesus out of me if I was reading his stuff in a dark, deserted house. That's gotta count for something. 2.5 Stars.

M. DeKalb
4.0 out of 5 stars The Young Families Curse.
29 April 2012 - Published on Amazon.com
Format: Kindle EditionVerified Purchase
Every 10 years a lottery his held at the estate of the now 98 year old Uncle Howard Young in Youngsport, Maine (ficticious town). The lottery consists of all of his decendants, those living at least. This lottery is to determine who will spend the night inside the basement room that once acted as servants quarters. It's important to know there are rules for the lottery - no substitutions, s/he who is drawn has to go in and there's no running from the family curse, it will find you.

Uncle Howard, while very clandestine about many facets of the curse easily acknowledges the presence of three very distinct supernatural persons. Beatrice, a servant. Clem, the household gardner and a baby who's name is unaffirmed (and I won't tell to spoil) until much later in the work. These three are seen regularly by the Young descendants the months preceeding the lottery.

Many experts have attempted to solve the mystery of the Young family line and that room. The latest expert is Carolyn Cartwright, a young redhead who got into supernatural forensics a bit by accident. She is our primary protagonist through much of the work, an intermediary between the spirits and the Young family.

As the family gathers we meet some not okay characters (Philip and his kids Ryan & Chelsea - spoiled, selfish, narcissistic brats) and a few that deserve better (Paula). As the events unfold Uncle Howard is told to come clean because it is horribly clear he's hiding many important facts.

In a final siege the Room exits the room and takes over the house. Many are lost, but all the secrets, the true history between Beatrice and Uncle Howard emerges and his transgressions against the other two ghosts come to fruition. Uncle Howard is apparently the only one who can truly save his bloodline, this he does without much apparently hesitation thus ending the families 80 year curse.
Read more
2 people found this helpful
Go to Amazon.com to see all 136 reviews 4.0 out of 5 stars
Get FREE delivery with Amazon Prime
Prime members enjoy FREE Delivery and exclusive access to movies, TV shows, music, Kindle e-books, Twitch Prime, and more.
> Get Started
Back to top
Get to Know Us
Make Money with Us
Let Us Help You
And don't forget:
© 1996-2020, Amazon.com, Inc. or its affiliates