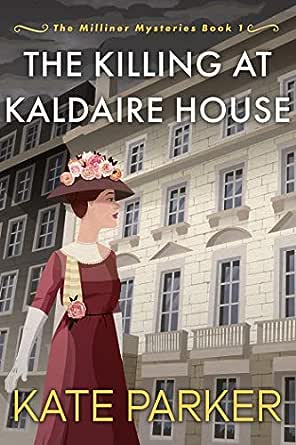 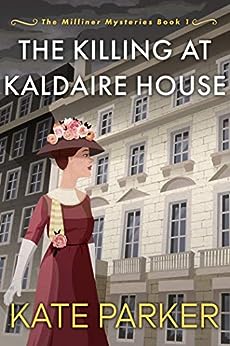 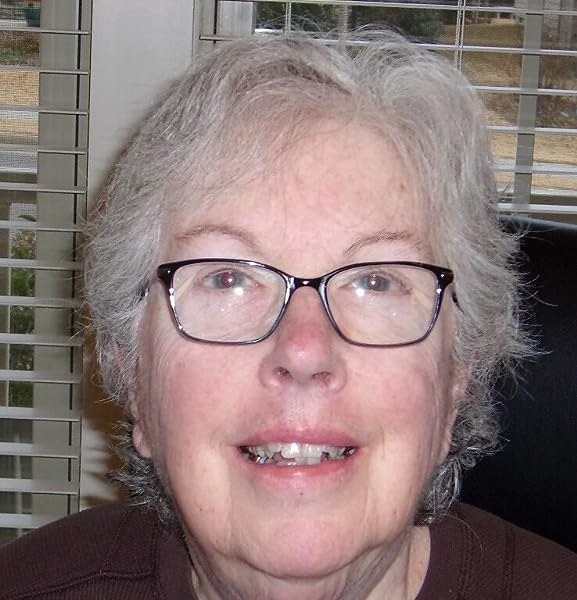 4.5 out of 5 stars
4.5 out of 5
105 global ratings
How are ratings calculated?
To calculate the overall star rating and percentage breakdown by star, we don’t use a simple average. Instead, our system considers things like how recent a review is and if the reviewer bought the item on Amazon. It also analyses reviews to verify trustworthiness.

Lilania Kershaw
5.0 out of 5 stars frivolously fun
Reviewed in Australia on 17 February 2019
Verified Purchase
a great fun and frothy cosy mystery. an ideal read for a sunday afternoon or while on holidays. i eagerly await the next instalment in this series.
Read more
Helpful
Report abuse

Lise
5.0 out of 5 stars Great discovery
Reviewed in Canada on 9 May 2018
Verified Purchase
Pure entertainment. Love the style of writing. Look forward to reading more of her books.
Read more
Report abuse

Becs
3.0 out of 5 stars I'd rate it a 3.5 but it's a rocky start to a series....
Reviewed in the United States on 21 April 2018
Verified Purchase
To begin with I'd actually rate this 3.5 stars if allowed. Better than okay but a real mix of hits and misses. A rocky start to the series.
The main characters are appealing, for the most part, and the familial relationships complex and interesting. I expect those will be revealed layer by layer in future books - which is wonderful. The mystery was interesting though one part wasn't fully explored which is too bad since it was an excellent twist/addition to the original mystery.
The writing was not as polished as I'd expect from an established author. Several times while reading this I'd think "remember, this is just a first book" only to remember that it was a first book in a series, not the first book this author had written. It was jarring to notice this in the middle of a passage. I am a fan of her "Deadly" series and never noticed anything like this in any of those books so this puzzled me. I also felt as if things moved abruptly at times; some of the segues left something to be desired.
From a plot standpoint I found many of the demands made by Roberta, Lady Kaldaire, to be ridiculous and found it implausible that our protagonist would go along with them. Yes, I understand Lady Kaldaire's "hold" over Emily - even so it didn't ring true, especially as Emily is written as an intelligent, resourceful, spunky young woman. I also felt as if Emily's family was a little too good to be true, in terms of talent, their apparent ability to be anywhere and everywhere without any consequences and then, in their heroic moment they do little more than toss jewels around. ??
I will buy the next book in the series in part because I am a fan of the "Deadly" series and in part because I found enough to enjoy in it and look forward to a 4-5 star read - fingers crossed.
Read more
9 people found this helpful
Report abuse

ARG
5.0 out of 5 stars Excited for the series to continue.
Reviewed in the United States on 19 May 2018
Verified Purchase
Kate Parker has created another interesting female who is a bit out of her time, but believable in a richly created historical setting. Emily Gates is a milliner who due to an unconventional upbringing decides to take an unconventional approach to bill collecting. She arrives to take a painting hostage until her bills are paid, but finds a nearly dead man instead. The lady of the house enlists her to solve the crime or she will out her, the police suspect her and again enlist her help under threat of arrest, and of course there is a killer on the loose. No big deal. Emily is quite the character with an interesting back story and a sense of duty to her family. Excited for the series to continue.
Read more
2 people found this helpful
Report abuse
See all reviews
Back to top
Get to Know Us
Make Money with Us
Let Us Help You
And don't forget:
© 1996-2021, Amazon.com, Inc. or its affiliates