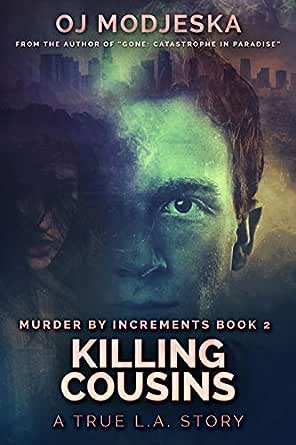 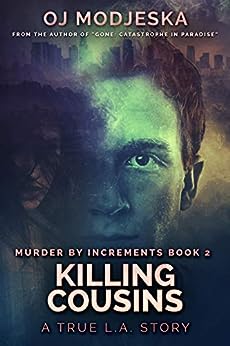 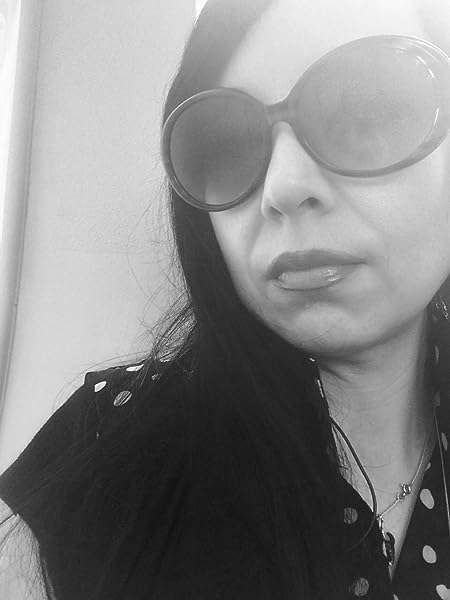 Ann de Mot
5.0 out of 5 stars Gripping, scary, crazy: serial killers and the system
Reviewed in Australia on 13 October 2018
Verified Purchase
In the fascinating second part of Murder by Increments Australian author OJ Modjeska takes us deeper into the life and times of the 1970s US serial killers known as the Hillside Stranglers. The narrative cleverly reveals how they came to be what they were, how they got away with it for so long, and what happened when they came up against the workings of the US justice system. We meet little Kenny and his unbelievable mother, the many professionals who did nothing about the shocking treatment of the poor little bedwetting boy, his strangely alluring sadist cousin who ran orgies out of his suburban loungeroom, the psychiatrist who believed in “alter” personality Steve, the police who were almost helpless against the workings of the court system, and the women who loved these gruesome men and had children with them. You have to conclude they were all mad.

There are so many issues here: why was Ken’s mother allowed to keep custody of him? What is the rightful power of parents over their helpless children? Is nurture really responsible for the production of violent psychopaths? And how is it that a runaway sixteen year old girl from a “good” family can end up a sex-slave servicing hundreds of clients in an established neighbourhood? Well, part of the answer is obvious once you realize that at least two of them were men in high positions, one a City Councillor and another the Police Chief of Huntington Park. The depths of the barely disguised social depravity at that time and place are hard to fathom.

Kelli Boyd, a classy blonde secretary at a place Ken worked, began a relationship with him and became pregnant almost at once. Even knowing what a shit he was, she went ahead with the birth and moved in with him, becoming a mother while Ken continued to go on killing sprees with cousin Angelo. She stayed loyal to him for a very long time even after she knew he was one of the Hillside Stranglers.

Then there is the ambitious psychiatrist who wanted to prove Ken was a “multiple” because it would be good for his career, even though it meant he might be acquitted of the charges, and Katherine Maden, Angelo’s defence attorney, who argued that violent sexual sadism was merely one aspect of a common lifestyle choice found widely in LA at the time, unfortunately in this case going a bit too far.

And how do you account for the thousands of women who sent love letters to the two men while they were in prison, both convicted of these horrendous vicious crimes? Both remarried, their new wives coming to visit them while knowing that they would never get out. Ken became something of a celebrity writer, authoring horror novels in the vein of Lovecraft.

Written in the gripping style Modjeska is so praised for, this second book brings forward many new and unexpected angles on American society in the seventies. It allows the “facts”, such as they were known, to speak for themselves and moves along like an edge-of-the-seat thriller. Anyone interested in gender relations and the justice system will get so much admittedly horrifying insight from these two books. Both are outstanding.

Terry Tyler
5.0 out of 5 stars True crime at its best
Reviewed in the United Kingdom on 26 September 2018
Verified Purchase
A City Owned was submitted to Rosie's Review Team list, but after I'd read it I had to read the second book, too; thus, I am reviewing them as one.

This two part series, Murder by Increments, is about the crimes of the Hillside Stranglers, Kennth Bianchi and Angelo Buono, who made LA a frightening place to be in the late 1970s. The first book, A City Owned, starts with a picture of what LA was like back then. Such a clever way to start; to understand the lives of the victims and why Bianchi and Buono went undiscovered for so long, we have first to be aware of the culture of the time. LA was a seedy place indeed, peopled by many who'd arrived seeking the Hollywood dream, only to be sucked into the underworld of prostitution, porn, drugs and crime. The cops were overworked and jaded, with few resources; these were the days before the internet, before reliable criminal profiling, and before DNA databases. Reading how carelessly they bungled the investigations, over and over again, made me think that crime solving had moved on very little in the hundred years since the London police tried in vain to identify Jack the Ripper.

O J Modjeska writes about the victims with great respect for each girl's short life, drawing a heartbreaking picture each time. These are not just names, and the book is far from being just a list of heinous crimes. Only towards the end of the book do Bianchi and Buono themselves appear, and by then I had to know the whole story; I went back to Amazon and bought Killing Cousins as soon as I'd finished A City Owned.

I found Killing Cousins the most absorbing of the two books, as I am more interested in the psychological background of killers than the solving of crimes. The drawn out trial was at times farcical, not only because of Bianchi's attempts to convince psychiatrists that he suffered from Multiple Personality Disorder, but because of the self-interest and prejudice of many involved.

'There were the cops who thought the lives of prostitutes were worthless, the officials who wanted to look good in front of the media, the shrinks seeking professional recognition, the prosecutors who assumed middle-aged women were crazy, and the politicians seeking office. There was stupidity, there was self-aggrandizement, there was sexism and the tyranny of the herd.'

This two-book series is everything that true crime should be, without being in any way sensationalised. O J Modjeska has not only written a riveting account of the victims, perpetrators and law enforcement bodies, but also shown how very different attitudes in general were, only forty years ago; if just a few incidents had not taken place, a few people not spoken up, if a few jurors been swayed by the individuals who defended these two monsters, the outcome might have been very different.
Read more
One person found this helpful
Helpful
Sending feedback...
Thank you for your feedback.
Sorry, we failed to record your vote. Please try again
Report abuse

Jonathan E
4.0 out of 5 stars From a different angle
Reviewed in the United Kingdom on 28 October 2019
Verified Purchase
I had read a few different books about Bianchi/Buono before,but this one goes into more detail about the mindset of the killers themselves , especially Bianchi.
Amazing to think that they almost got away with their vicious crimes because of loopholes in the legal system. I am not generally a supporter of capital punishment but this is one case that I feel it should have been applied
Read more
One person found this helpful
Helpful
Sending feedback...
Thank you for your feedback.
Sorry, we failed to record your vote. Please try again
Report abuse

Dr. J. Reade
5.0 out of 5 stars Fascinating and well written
Reviewed in the United Kingdom on 6 May 2019
Verified Purchase
Both this book and the one that precedes it are very well researched and written. The author captures the times these crimes were taking place in, the lives of the many people involved, and the intricate nature of the investigations. This is done is a way that neither sensationalises or underplays the crimes - there is a healthy focus on the victims throughout. Will be reading other works by this author - very much like the ‘voice’ they use.
Read more
One person found this helpful
Helpful
Sending feedback...
Thank you for your feedback.
Sorry, we failed to record your vote. Please try again
Report abuse

Kindle Customer
5.0 out of 5 stars Excellent
Reviewed in the United States on 19 November 2018
Verified Purchase
I have followed this since it happened. I lived in Riverside, CA and Bellingham, WA. The Author did an excellent job of putting it all together. Would recommend this for anyone who loves a great thriller.
Read more
5 people found this helpful
Helpful
Sending feedback...
Thank you for your feedback.
Sorry, we failed to record your vote. Please try again
Report abuse

donna
5.0 out of 5 stars fabulous author
Reviewed in the United States on 16 December 2018
Verified Purchase
this author is great!!!! i've stopped reading as i got older, but i'm able to read her books without a problem
Read more
4 people found this helpful
Helpful
Sending feedback...
Thank you for your feedback.
Sorry, we failed to record your vote. Please try again
Report abuse
Load more international reviews

Kindle Customer
5.0 out of 5 stars CALIF AT ITS WORST....if that's possible.
Reviewed in the United States on 24 September 2019
Verified Purchase
Modjeska's got all the elements; intellectual knowledge, style, raw telepathy and gut instinct. 5*'s.
Read more
2 people found this helpful
Helpful
Sending feedback...
Thank you for your feedback.
Sorry, we failed to record your vote. Please try again
Report abuse

Art Hawkins
4.0 out of 5 stars Good follow up book
Reviewed in the United States on 4 September 2019
Verified Purchase
Must read both books to get a full understanding of how absurd this case was handled and how close these two came to getting away with their crimes. In the end by only the narrowest of margins, justice was served.
Read more
One person found this helpful
Helpful
Sending feedback...
Thank you for your feedback.
Sorry, we failed to record your vote. Please try again
Report abuse

noodles11
5.0 out of 5 stars real good
Reviewed in the United States on 15 December 2019
Verified Purchase
wish she would have put photos in of the murders.
Read more
One person found this helpful
Helpful
Sending feedback...
Thank you for your feedback.
Sorry, we failed to record your vote. Please try again
Report abuse

Kindle Customer
4.0 out of 5 stars Killing cousins
Reviewed in the United States on 19 February 2020
Verified Purchase
I did enjoy the book. It was well researched, and well written. I look forward to more books from this author.
Read more
Helpful
Sending feedback...
Thank you for your feedback.
Sorry, we failed to record your vote. Please try again
Report abuse

KBB
5.0 out of 5 stars captivating
Reviewed in the United States on 26 April 2019
Verified Purchase
Great read
Read more
One person found this helpful
Helpful
Sending feedback...
Thank you for your feedback.
Sorry, we failed to record your vote. Please try again
Report abuse