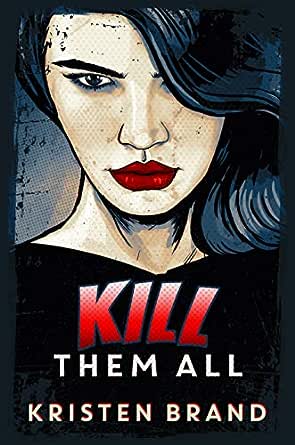 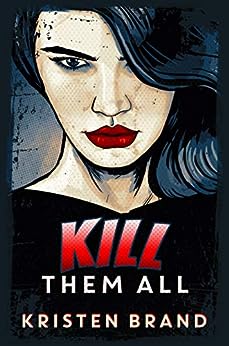 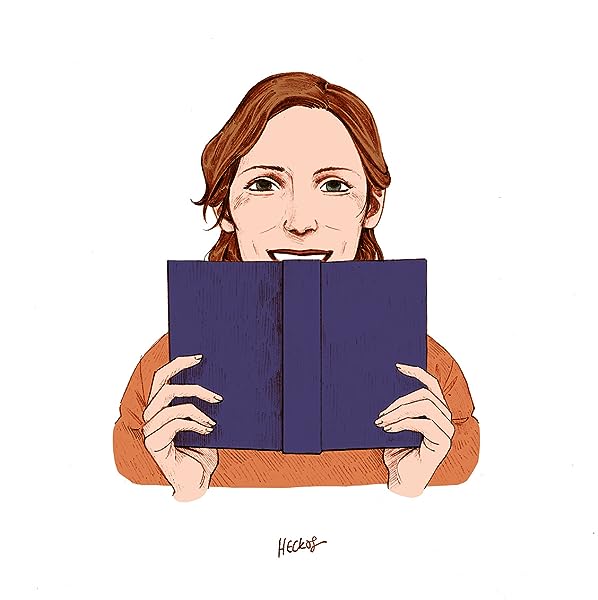 H. Bala
4.0 out of 5 stars "I'm not naive, and I'm not a fairy tale princess. I'm the evil queen."
Reviewed in the United States on 19 October 2018
Verified Purchase
Today, the supervillain as the protagonist isn't such a flabbergasting storytelling device. By now, it's been done to death. But it still makes for a fun read, doesn't it? And, come to think, I don't know that Kristen Brand's The White Knight & Black Valentine series falls perfect into this category.

Maybe what I like best about this series is the strong sense of family that the author threads in. It's a mismatched pair that somehow worked out a happy ending. Dave Del Toro, the superstrong, nigh invulnerable White Knight, is a once revered do-gooder, that is, until he married the telepathic supervillainess, Valentina Belmonte, a.k.a. Black Valentine - "Val" to her friends and fam. In South Florida, Dave and Val had forged a good marriage, had even raised a good kid, their teenaged daughter Elisa who had inherited both their powers.

Dave had been retired for years, his superhero shine dimmed by his supposed association with evil. Val, reformed crook, still occasionally pines for her heyday of nefarious activity, but she's content being a loving mom and wife.

Kill Them All is the fourth and penultimate volume in the series. It picks up roughly a month after the events of Almost Invincible. Dave is still recovering from the injuries he sustained from his theme park tussle with Bloodbath. Doesn't stop them from setting out on holiday from Miami to Key West, to snorkeling - where Elisa fails to snag a selfie with a shark - to a fine outing on a boat - where they get ambushed.

Seems the pattern calls for Dave and Val to take turns with the first person narration. Villainous, the second volume, features Black Valentine as our point-of-view character. Kill Them All is Valentine's turn again, and it makes sense, seeing as how Dave has borne the brunt of the ambush. Dave is back in the hospital, this time in a coma, and it's not certain if he'll wake up. Can you imagine how pissed Val is? An interesting element surfaces now as we observe Valentine cut a swath as she goes seeking unholy vengeance, yet trying her durndest to keep her sh-- together. Yes, Dave's morality has affected her and how she goes about things, but only to an extent. What really keeps her from murderizing people willy-nilly is that she knows if she gets caught out, she loses her family.

I've enjoyed reading about Dave and Val's respective philosophies. Val's is probably more interesting because she presents a skewed, slippery slope sort of perspective while Dave exhibits the more typical hero mindset. See Val pool all her resources, from her live-in "help" to Dave's ex-sidekick Freezefire - and I'm glad Dave and Freezefire are friends again - to her contacts in the underworld. I wish Val's sister, Bianca - a.k.a. Lady Nightmare - had gotten more "screen time." Unlike the "rehabilitated" Val, Bianca is very much a supervillainess, but, hey, when her sister calls for help, she comes running. Along that line, I also wish Val and Dave's teenager had been in the story more. But a very concerned Val relegates Elisa to the sideline where the kid is kept busy fretting about her disintegrating love life.

When it comes to the fighty fights, it's an adjustment in expectations depending on whether it's Dave or Val we're tracking. Dave is a hands-on, two-fisted, in-your-face fighter whereas Val, with her telepathy, is more of a distance combatant who messes with your head. Honestly, I'd rather take Dave on. Val is wicked scary and vindictive and still nurses a smidge of that villain gene. Anyway, the author knows how to stage a good scrap.

I get it that some folks are salty that this one ends on a whopping cliffhanger. If it's any comfort, in her afterword, Kristen Brand promises one final book in the series to wrap things up, and since she did a mean thing by serving up such a teaser ending, she vows to have the fifth book out sometime in December. I'm guessing that one'll be from Dave's point-of-view. Dude needs to step up. He'd lazed around in bed for most of this book.

Because you looked curious, here's a list of supervillain books I've read. I know I'm forgetting some. But I highly, honest-to-gosh recommend the top three on the list. The others range from pretty good to okay.

Grey Dragon
5.0 out of 5 stars Cliffhanger . . . BUT
Reviewed in the United States on 30 September 2018
Verified Purchase
I will agree with the prior reviewer that cliffhangers can be a frustration, but if you follow the authors email updates she is trying to get the finale, which is also going to end the series, out by December which is a reasonable time for people to digest the events here and speculate on how the villain at the end survived their apparent death in an earlier book. Yes tiny spoiler but not a great reveal as I don't want to spoil it entirely. If you have read the other books keep in mind this is a 2 part FINALE and read it as such. That's my 10 cents for what it's worth.
Read more
Helpful
Sending feedback...
Thank you for your feedback.
Sorry, we failed to record your vote. Please try again
Report abuse

Skylark Rogers
5.0 out of 5 stars Fast and Furiously Seeking Revenge
Reviewed in the United States on 9 October 2018
Verified Purchase
Val come into her own once again and driven to the brink. I started reading this book last night and finished it today, unable to put it down. My only regret is that we definitely need a spousal team-up novel~ and also that this is (spoilers) the first half of a two-part story and the sequel doesn't come out until December.
Read more
Helpful
Sending feedback...
Thank you for your feedback.
Sorry, we failed to record your vote. Please try again
Report abuse

RW
5.0 out of 5 stars A Very Fun Read
Reviewed in the United States on 12 February 2019
Verified Purchase
Kill Them All is a blast to read and my favorite book in the series since Hero Status. Kristen Brand outdid herself in this installment. I recommend this book for anyone who likes exciting action sequences and witty banter. 5/5
Read more
Helpful
Sending feedback...
Thank you for your feedback.
Sorry, we failed to record your vote. Please try again
Report abuse

Kindle Customer
1.0 out of 5 stars Great book ruined by a terrible cliffhanger ending
Reviewed in the United States on 29 September 2018
Verified Purchase
I cannot recommend buying this book until the author finishes the next one. I would rather have waited for a complete story and paid twice as much. I like the characters and the storytelling, but this was too short and left me feeling cheated.
Read more
One person found this helpful
Helpful
Sending feedback...
Thank you for your feedback.
Sorry, we failed to record your vote. Please try again
Report abuse
Load more international reviews

Melanie from Oregon
4.0 out of 5 stars Yikes!
Reviewed in the United States on 17 November 2018
Verified Purchase
Intriguing as the others but the so called end is unsettling😬
Read more
Helpful
Sending feedback...
Thank you for your feedback.
Sorry, we failed to record your vote. Please try again
Report abuse