The Kill Jar and over 1.5 million other books are available for Amazon Kindle . Learn more
Share <Embed> 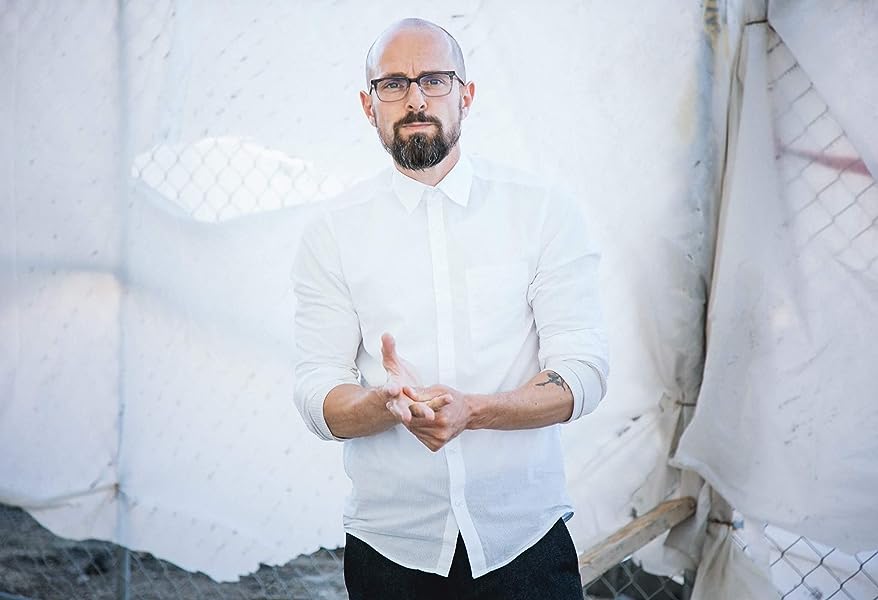 The Kill Jar: Obsession, Descent, and a Hunt for Detroit's Most Notorious Serial Killer Paperback – 1 May 2019

Page 1 of 1 Start overPage 1 of 1
Previous page
Next page
Start reading The Kill Jar on your Kindle in under a minute.

"A powerful, confident voice in the new true-crime memoir genre. There comes a moment when the reader realizes this is a not a search for a killer of children but a search for a cult of dangerous and powerful men and it shakes you to the core."--James Renner, author of True Crime Addict: How I Lost Myself in the Mysterious Disappearance of Maura

"A true crime story in the best possible sense, where chapter by chapter we converge on a surprising and unimaginable truth... Always deft, often sublime, Appelman uses his investigation to draw us into his personal journey through darkness, to light and life."--Chip Johannessen, Executive Producer of Dexter and Homeland

"J. Reuben Appelman becomes both Virgil and Dante, leading us through his own dark history and the history of his city while making the almost unbearably honest, compulsive demands of a roadside accident. Although 37 Winters can be painful to gaze at, it is far more dangerous to look away."--Michael Hoffman, Director of The Best of Me, A Midsummer Night's Dream and The Last Station

J. Reuben Appelman is a screenwriter, author in multiple genres, and two-time State of Idaho Literature Fellow, funded by the National Endowment for the Arts. His film industry work includes the feature documentaries, Playground and Jens Pulver | Driven, as well as several produced screenplays. His investigative writing and research, focused on issues of commercial sexual exploitation, child endangerment, and criminality and law enforcement, have earned him an ongoing spot as special lecturer on the issue of Human Trafficking for the Honor’s College at Boise State University. He works as a private investigator.

4.0 out of 5 stars
4 out of 5
97 global ratings
How are ratings calculated?
To calculate the overall star rating and percentage breakdown by star, we don’t use a simple average. Instead, our system considers things like how recent a review is and if the reviewer bought the item on Amazon. It also analyses reviews to verify trustworthiness.

Shannon
2.0 out of 5 stars Meh
Reviewed in Canada on 11 July 2019
Verified Purchase
Save your time. Ok read if you have someone to borrow it from. No new info and way too focused on the authors life. Not for me
Read more
Report abuse

Brenda Cichon
5.0 out of 5 stars A Personal and Very Necessary Assessment of the OCCK and 1970s Detroit.
Reviewed in the United States on 23 August 2018
Verified Purchase
Having been mildly obsessed with the subject matter of this book (the gruesome, unsolved murders of four children in the suburbs of Detroit in the 1970s and the likely involvement of a ring of pedophiles, some of whom may have influenced investigators and prosecutors, resulting in the case remaining “cold” for over 30 years) I was looking forward to someone finally addressing numerous, lingering issues evident in this case dating back the original task force investigation (and through subsequent reopening of the matter many years later). I admittedly presumed this book would reflect a more straight, good-old-fashioned "just the facts" journalistic approach common to the non-fiction crime genre. Instead, author J. Reuben Appleman - a contemporary of the victims of the crimes who lived in the same geographic region – employs a different technique. Mr. Appleman dramatically details his factual investigation of the crimes while at the same time detailing his own emotional and physical journey back to his roots, essentially conducting two investigations: one into the OCCK, and another, somehow equally important investigation of his own battered and, at times fragile, psyche. At first I wasn’t sure how to handle this method, but the juxtaposition of Mr. Appleman’s confrontation of his own inner demons against his travels deeper and deeper down the various rabbit holes he confronts while doing much more than local, state, and federal authorities ever did to unmask a child killer or killers, is utterly compelling. His drive and dedication to give the victims, their families, and those left living with the results of the crimes, is commendable. His writing style is concise and engaging. The Kill Jar remains gripping from the first page to the last.
Read more
18 people found this helpful
Report abuse

LAURA Y HURST
5.0 out of 5 stars Will this book help to solve the case of THE OAKLAND COUNTY CHILD KILLERS?
Reviewed in the United States on 20 August 2018
Verified Purchase
Over the years I have read many articles about the Oakland county child killers. This book puts all the facts and speculations in one spot. It may be hard for some people to understand ,unless you lived in this area during that 2year + time period, but it was hard not to get caught up in the terror that many of us found swirling around us! I hope that this book puts this story out in the eye of the public and someone will come forward with the truth( and evidence to support it! )I would recommend this book to anyone who loves to delve into true crime. It is well worth reading!
Read more
18 people found this helpful
Report abuse

didewaele
1.0 out of 5 stars Wish I Didn’t Purchase This Book
Reviewed in the United States on 21 March 2019
Verified Purchase
I thought I was purchasing a book on the Oakland County Child Killings but that’s just a front for a memoir of the author’s sad life. Just when you think he’s going to cover one of the victims he regresses to a tragic memory in his own life. When he does talk about the crimes he jumps all over; bits and pieces about victim #4 then victim #2 and do on. There is no structure or timeline to help the reader follow the events. He never delves deep, just scratches the surface and moves on to a story in his own life that has nothing to do with the crimes. I’m sorry but I think he’s done a missservice to the children and their families in writing this self serving piece. I don’t often regret buying or reading a book but this one I do. If you want to learn about the OCCK I suggest you do your own research online until someone actually writes a book worth reading.
Read more
12 people found this helpful
Report abuse

Steven H.
5.0 out of 5 stars Absolutely Brilliantly Written!!!
Reviewed in the United States on 16 February 2019
Verified Purchase
Growing up in Oakland County in the 1970s (I was a little kid, same age as the 4 murdered children), this book really opened my eyes to facts that I never knew existed. J. Reuben Appelman penned this book brilliantly as he shares not only the unknown, unpublished truth about the killer/killers, but he allows the reader to identify with him, the author, and his life growing up in Southfield, Michigan (Oakland County)-- and nearly becoming another kidnapped and murdered victim, himself. He tugs at the readers' hearts by sharing compelling moments of his childhood as well as his life struggles while researching and interviewing the surviving family members, whose kids were discarded like trash out in the open, public areas of Oakland County. There is so much more to the OCCK that the Michigan State Police kept from us. I do not want to ruin the book -- but all I can say is that I had it all wrong all these years. Blue Gremlin car the police said the kidnapper was driving -- and to be on the lookout for? The kidnappings were all about power -- and no sexual molestation was involved. Wrong! Read this book. It is riveting. Thank you J. Reuben Appelman for unraveling the lies, red herrings and misleading information that all of us were told about this kidnapper.
Read more
13 people found this helpful
Report abuse
See all reviews
Back to top
Get to Know Us
Make Money with Us
Let Us Help You
And don't forget:
© 1996-2021, Amazon.com, Inc. or its affiliates