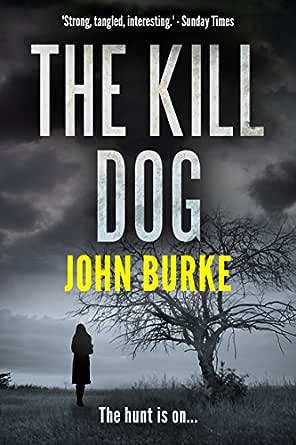 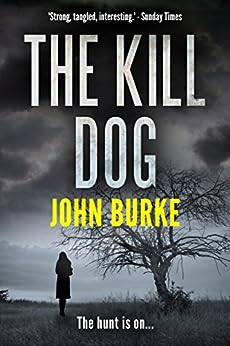 '...When crops wave in the breeze, it means that the dog is running through them. You can't catch him until the harvest is almost ending. Then … a ritual slaying to bring good luck...'

Maggie Armitage, visiting Prague on a brashly optimistic market research project, sees her plans collapse when a Russian tank settles itself outside her hotel…

Against a background of violence, she drives towards the border — and acquires as passenger: a Czech archaeologist on the run.

Jan's marriage, too, has been violent and his wife, the vindictive Blanka, has been collaborating with the secret police.

He falls under deep suspicion in England, the country he has loved and respected for so long.

Jan is carrying a valuable secret, but has no idea why exactly it’s so valuable.

Nothing so crudely melodramatic as an atomic formula or a defence plan … yet when at last he returns to face his enemies in the Czech Republic, it proves even more dramatic than he could ever have guessed…

John Burke was born in Rye, Sussex, in 1922 and worked in the publishing industry before becoming an author of novels and short stories. He is best known as the author of the novelisation of the popular musical "Chitty-Chitty-Bang-Bang," but he also wrote the novelisations of dozens of other stage plays, film and TV scripts.

Nancy Helgeson
4.0 out of 5 stars Four Stars
8 January 2017 - Published on Amazon.com
Verified Purchase
Good read!
Read more
Go to Amazon.com to see all 2 reviews 4.5 out of 5 stars
Get FREE delivery with Amazon Prime
Prime members enjoy FREE Delivery and exclusive access to movies, TV shows, music, Kindle e-books, Twitch Prime, and more.
> Get Started
Back to top
Get to Know Us
Make Money with Us
Let Us Help You
And don't forget:
© 1996-2020, Amazon.com, Inc. or its affiliates