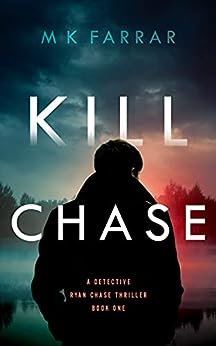 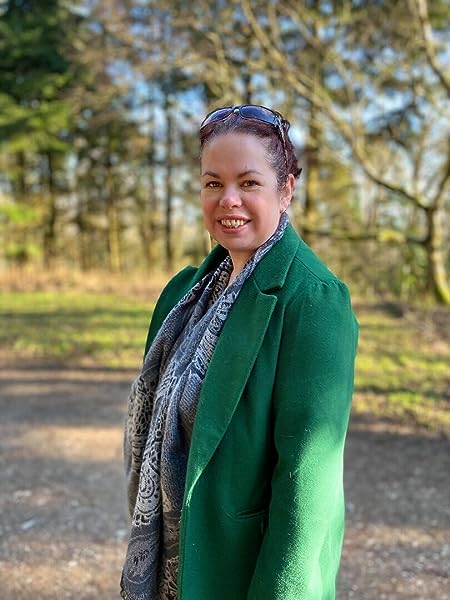 by M K Farrar (Author) Format: Kindle Edition
See all formats and editions
Sorry, there was a problem loading this page. Try again.

A ten year old murder is back to haunt him...

When fishermen haul a bag containing a dismembered arm from the River Avon, a search ensues to find the rest of the body.
Detective Inspector Ryan Chase of the Bristol Major Crimes Investigation Team is in charge of identifying the deceased and bringing the killer to justice.
Dealing with grief from the death of his daughter, his broken-down marriage, and a worrying habit he can’t seem to break, DI Chase has his hands full.
The mystery deepens when a second limb is found, and it doesn’t match the first.
Who is dumping body parts into the river? Why are clues leading DI Chase back to a ten-year-old unsolved case?
Has a murderer reignited their taste for death?


Order book one in this brand new crime thriller today!

M K Farrar had penned more than fifteen novels of crime fiction and psychological noir. A British author, she lives in the countryside with her three children and a menagerie of rescue pets.

When she’s not writing—which isn’t often—she balances out all the murder with baking and binge-watching shows on Netflix.

You can find out more about M K and grab a free book via her website, https://mkfarrar.com

She can also be emailed at mk@mkfarrar.com. She loves to hear from readers!

4.2 out of 5 stars
4.2 out of 5
349 global ratings
How are ratings calculated?
To calculate the overall star rating and percentage breakdown by star, we don’t use a simple average. Instead, our system considers things like how recent a review is and if the reviewer bought the item on Amazon. It also analyses reviews to verify trustworthiness.

Carol Michael
5.0 out of 5 stars Thrilling
Reviewed in Australia on 18 July 2021
Verified Purchase
What an awesome start to a new series I have read all your other books and loved them now I have another to add to my collection 😊
Read more
Helpful
Report abuse
See all reviews

Father Ted
3.0 out of 5 stars "Predictable"
Reviewed in the United Kingdom on 23 March 2022
Verified Purchase
A convoluted tale which never really flowed. Too many side issues highlighting the life (or lack of it) for Chase and Mallory outside the police station. As soon as Joe and Clara's stories were shoehorned into the book to telegraph what was to come, I lost interest. The ending was predictable, as was the reason for Clara's behaviour. Not a series I'll follow, I'm afraid,
Read more
Report abuse

Bobbie Heaven
5.0 out of 5 stars Excellent!
Reviewed in the United Kingdom on 30 September 2021
Verified Purchase
Thoroughly enjoyed this thriller from start to finish. Ryan Chase is a very likeable detective and I have already pre ordered the next in series. Love the fact that we get insight into the main characters domestic lives as well as the professional side. Had me guessing until the last stages of the story. Highly recommended!
Read more
Report abuse

A. D. Myerthall
3.0 out of 5 stars Kill Chase.
Reviewed in the United Kingdom on 17 September 2021
Verified Purchase
This was a pretty poor book. The plot was too convoluted and not really believable. Detective Chase was a bit of a saddo, with too many hang ups and problems of his own for me.I will try the next book anyway to see if things improve.
Read more
Report abuse

Veronica Marson
5.0 out of 5 stars Surprise at the end
Reviewed in the United Kingdom on 28 November 2021
Verified Purchase
I liked this book because it kept you guessing up to the end,and even then it come as quite a surprise. I liked the characters,overall a very good read.
Read more
Report abuse

Ina Barbara Flowerg
5.0 out of 5 stars Good read
Reviewed in the United Kingdom on 23 August 2021
Verified Purchase
Read this book in one evening. I am an avid reader all the time. Thanks
Read more
Report abuse
See all reviews
Report an issue
Does this item contain inappropriate content?
Report
Do you believe that this item violates a copyright?
Report
Does this item contain quality or formatting issues?
Report