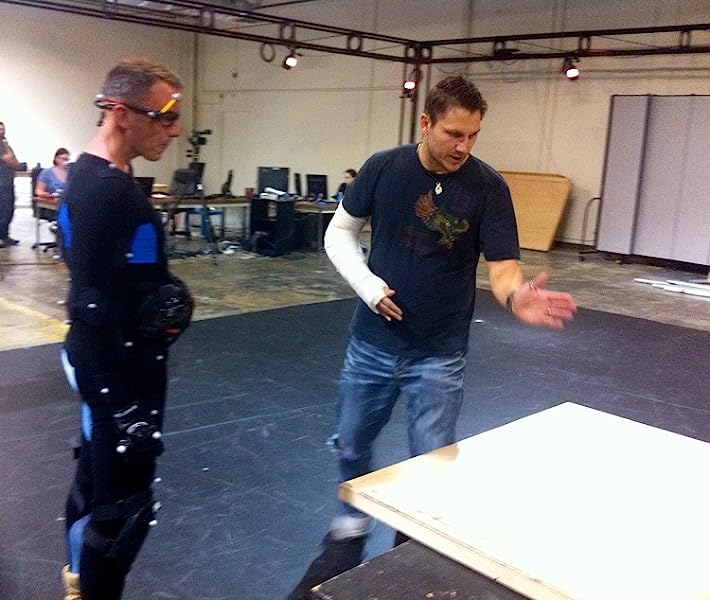 Kill Bin Laden: A Delta Force Commander's Account of the Hunt for the World's Most Wanted Man Paperback – Illustrated, 15 September 2009

Page 1 of 1 Start overPage 1 of 1
This shopping feature will continue to load items when the Enter key is pressed. In order to navigate out of this carousel please use your heading shortcut key to navigate to the next or previous heading.
Back
Next
Start reading Kill Bin Laden on your Kindle in under a minute.

"A riveting account of one of the most important--but also least understood--battles in the war on terror." --Time

"The best book ever written by a special operations insider. This guy Fury's men are the real-deal Delta Force operators. You need to know what happened at Tora Bora, and this great book will tell you." --Colonel David Hunt, U.S. Army (Ret.), New York Times bestselling author of They Just Don't Get It and On the Hunt, and FOX News special ops and counterterrorism analyst "Special Forces Operational Detachment-Delta is without doubt one of the most fearsome military units ever assembled. Delta officer Dalton Fury didn't just take part in the battle of Tora Bora, he commanded all the special operations troops, both U.S. and British, who were there. Kill Bin Laden is a proud, riveting, warts-and-all account of that battle, one of the most important special operations missions of all time." --Michael Smith, author of Killer Elite: The Inside Story of America's Most Secret Special Operations Team "An important, must-read book about real warriors." --Cofer Black, former chief of the Central Intelligence Agency's Counter Terrorist Center

DALTON FURY was the senior ranking military officer at the Battle of Tora Bora. As a Delta troop commander he led ninety-one other Western special operations commandos and support personnel and helped author the operation to hunt and kill bin Laden. He told his tale of that mission in the book, Kill Bin Laden, which went on to become a national bestseller. Dalton Fury passed away in 2016.

4.5 out of 5 stars
4.5 out of 5
193 global ratings
How are ratings calculated?
To calculate the overall star rating and percentage breakdown by star, we don’t use a simple average. Instead, our system considers things like how recent a review is and if the reviewer bought the item on Amazon. It also analyses reviews to verify trustworthiness.

Scriptwriter
3.0 out of 5 stars Pressures and frustrations of special forces command
Reviewed in the United Kingdom on 4 June 2020
Verified Purchase
Kill Bin Laden by “Dalton Fury” (pseudonym – real name is Major Tom Greer (now deceased)) is not a boy’s-own action book about contacts and gun fights in the mountains of Afghanistan. Rather, it is much more a sombre book about the frustrations of command during a contemporary Special Forces mission in Afghanistan in the cold winter of 2001.

Fury was an on the ground commander for the United States’ 1st Special Forces Operational Detachment – Delta, usually known as Delta Force, which is modelled on the British Special Air Service (SAS). Fury was given a simple order that he translated in to three words, the title of this book: kill Bin Laden. He and his team were flown in to Eastern Afghanistan and specifically, the Afghan-Pakistan border mountain range of Tora Bora, which was the snow-capped mountainous hideout of Osama Bin Laden and al-Qaeda.

Much of this book concerns the interactions with indigenous friendly forces: the bribery of local warlords to buy their allegiance, as the Americans wanted an Afghan face on this attack, for the purposes of public relations. The local Afghan “tactics” of advance during the day, fire off some undisciplined rounds in the general direction of the enemy, loot the bodies for anything valuable and then retreat and give up the ground before nightfall. This approach was an anathema to Western forces, who valued physical domination of the battlefield and as such, often stayed for extended periods in hidden observation posts (of course, they were aided by the use of night vision goggles (NVGs and bits of high-tech kit).

This book also has a strong emphasis on the relentless focus on bombing, coordinated by the Delta teams on the ground. Spotters in observation posts would be speaking to pilots to bring them in on target, sometimes verbally and sometimes with the use of laser target designators, all in an effort to destroy the al-Qaeda personnel and mortars, who seemed to be the only effective form of defence they had. This will be very familiar to you if you have read Sergeant Paul Grahame's Fire Strike 7/9, which is about a British Joint Terminal Attack Controller (JTAC) working on the ground in Afghanistan, though Grahame's book is much more detailed.

At one stage, Fury thought they might be within two thousand metres of Bin Laden, based on communications intercepts and visual sightings that corresponded to his description. Unfortunately, this happened at night and the team was not in a position to advance against a rumoured 1000 strong opposition force. Fury’s call not to progress he believes was the right call but also one that he regretted the most. His other frustrations included: wanting to surprise al-Qaeda from the Pakistan border approach, effectively coming in high through their back door – this strategy was rejected by senior command; wanting to carpet bomb the main escape route out of the mountains in to Pakistan – again, rejected by senior command; wanting to position a strong blocking force along the escape route – again, rejected.

Fury’s book, Kill Bin Laden, is a valuable look at the pressures and frustrations of modern day command of a special forces unit. It’s not a book with much “action” and neither is it a mindless piece of xenophobia (Fury has his political opinions, of course). Calm and reasonably detailed, this is a useful piece of frontline history. I would recommend reading this after Gary Berntsen’s book, Jawbreaker, which is written by the CIA’s field commander in Afghanistan at the same time.

irishpropheticart
5.0 out of 5 stars Interesting book on the beginning of Afghan. campaign and Delta Force
Reviewed in the United Kingdom on 29 August 2019
Verified Purchase
What a warrior! Hand Salute.
Read more
Report abuse

MikkoFI
5.0 out of 5 stars A must read
Reviewed in the United Kingdom on 21 February 2014
Verified Purchase
A must read for everybody, who wants to know whats what.
This book pulls no punches and gives credit where its due. A lot of people ask me a good read about the unit, afghanistan etc., and the first source I have pointed to is this masterpiece.

Thank you Dalton, for this great book and your service !
Read more
Report abuse

Joe Jenkins
5.0 out of 5 stars Kill Bin Laden
Reviewed in the United Kingdom on 24 December 2012
Verified Purchase
I had trouble putting this book down Exellent book which emphasis the harsh reality of war in horrendous conditions against all odds and against a determined and well dug in enemy. Read it or regret it !!!
Read more
Report abuse

TJ-Mac
5.0 out of 5 stars Great book!
Reviewed in the United Kingdom on 12 November 2012
Verified Purchase
Great book. Very well written/told. I must have read it 3-4 times. Enjoy it very time and I just might want to read it again.
Read more
Report abuse
See all reviews
Get FREE delivery with Amazon Prime
Prime members enjoy FREE Delivery and exclusive access to movies, TV shows, music, Kindle e-books, Twitch Prime, and more.
> Get Started
Back to top
Get to Know Us
Make Money with Us
Let Us Help You
And don't forget:
© 1996-2020, Amazon.com, Inc. or its affiliates