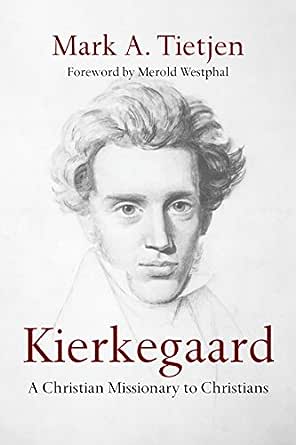 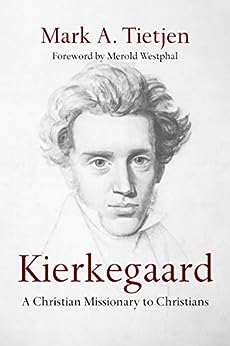 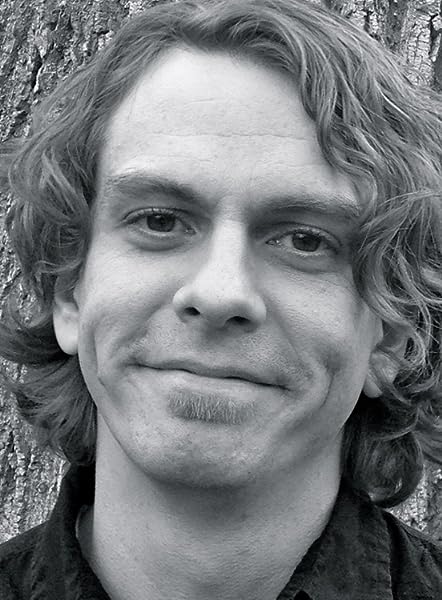 "Tietjen effectively reminds us of how Kierkegaard, with what amounts to a doctorate in theology, was deeply concerned about church culture in Denmark at a time when being a Dane and a Christian were commonly equated, and where the church's extraordinary teachings about Jesus (the God-man) seemed too easily accepted by many and too little acted upon. Tietjen show us Kierkegaard's life-long passion, as a committed critic, was to call the Church of Denmark back to discipleship after Christ. . . . Tietjen brings out a key thought of Kierkegaard's: unless we proclaim what must be offensive--that the lofty God became a lowly human for our salvation--we have not proclaimed the gospel. I ask, do we evangelicals take this for granted? Then let's heed the Dane's warnings through Tietjen: don't lose its wonder or be content to admire Jesus, rather than imitate (follow) him."--Terry M. Smith, The Messenger, July-August 2016

"While Tietjen makes no pretense of giving us a Kierkegaard primer, he has produced a valuable contribution for those who might struggle to distinguish Evangelical faith from Evangelical culture."--James Wetherbee, Library Journal, May 1, 2016 --This text refers to the paperback edition.

Mark A. Tietjen (PhD, Baylor University) is director of religious life and Grace Palmer Johnston Chair of Bible at the Stony Brook School in Stony Brook, New York. Former secretary-treasurer of the Søren Kierkegaard Society, Tietjen is the author of Kierkegaard, Communication, and Virtue: Authorship as Edification. --This text refers to the paperback edition.

4.9 out of 5 stars
4.9 out of 5
17 global ratings
How are ratings calculated?
To calculate the overall star rating and percentage breakdown by star, we don’t use a simple average. Instead, our system considers things like how recent a review is and if the reviewer bought the item on Amazon. It also analyses reviews to verify trustworthiness.

Foghat
5.0 out of 5 stars The philosopher every Christian should read! This introduction is the first step!
Reviewed in the United States on 3 May 2019
Verified Purchase
First of all— every pastor and Christian should read this book. Below is my personal testimony regarding Kierkegaard and my exposure to his work.

First, as a U of M philosophy undergrad in 1994 I recall being quite drawn to Kierkegaard. Agnostic at best, I was struck by his convictions and his inward passion. “If one is to be a Christian,” I thought, “this is exactly the the way it should be.” But while I admired the passion by which Kierkegaard held to “his truth” I could not see past the ethical— my convictions of right or wrong living groundless as they were.

Fast forward. It would take another 15 years, but by God’s grace (and a little Kierkegaard) I accepted the wonderful absurdity of Jesus as the truth by which (as Kierkegaard professed) I could live and die. Still however, it was so new to me that I could not help but lean toward what Kierkegaard describes as “ethical Christianity “and immersed myself in the busy-ness of our large church community. This continued until I left my job and moved to the north woods.

It so happens that as I moved to certain national forest area in my native Michigan “Joannie” did also and became my next door neighbor. Both being Christians with time on our hands we decided to hold a regular theology-centered book study— just the two of us. And again “it so happens” that my my neighbor selected Francis Schaeffer’s “How Then Should We Live.” And while enjoyed the history lesson, there is a good deal of criticism of my field of study, philosophy; existentialism (always my favorite in school) in particular took a big hit. Four philosophers were specifically called out— among them my old favorite Kierkegaard (!). This caused me to want to get back in the game. I wanted to understand why pastors and Christians not embraced his analysis— or more precisely why they were ignoring it altogether.

In the meantime, while I was rooting around trying to understand what Schaeffer and other apologists had against such a passionate Christian, it was my turn to select the next book for our neighborly study. Randomly (because it was on sale no less…) I picked Bohnhoeffer’s “The Cost of Discipleship.” I wasn’t far into this classic when I realized this German martyr who stood up against the Nazis for others at his own peril was channeling Kierkegaard in multiple ways— most notably the idea of “cheap grace.” (Wow!)

This led me to Tietjen’s book. (Do you see the incredible path here?) Thank you Dr. Tietjen for taking on this subject! I still can’t believe it took this long (centuries) for Kierkegaard to be recognized and explained this way. Kierkegaard helped germinate the seed God undoubtedly planted in my heart. His main audience may have been Christians, but he obviously affected this agnostic’s life!
Every pastor should read this book. Every Christian should read this book. Frankly, I don’t know how one becomes a pastor without Kierkegaard as required reading. Long ago this melancholy Dane “nailed it” and Dr. Tietjen has thankfully given his work new life.

PS: The story of how I came to Christ can be found in “The Six-Foot Bonsai.” It is a somewhat unusually testimony that details my life in the ethical stage as a self-proclaimed Japanese housewife— which eventually led me back to the aesthetic and finally onward to Christ!
Read more
4 people found this helpful
Report abuse

JJ
4.0 out of 5 stars A good general introduction for Christians...
Reviewed in the United States on 11 June 2016
Verified Purchase
A good overview of Kierkegaard, though of course there is no substitute for reading Kierkegaard for yourself... For example, Kierkegaard's "Works of Love" can be read in a couple days, doesn't need an academic commentary, and may be fruitfully re-read and mused over for a lifetime... I appreciate Mr. Tietjen's "apologetic" for Kierkegaard, however, which apparently was written to give Kierkegaard a fair review for conservative Christians who were admonished by Francis Schaeffer, James Sire, etc., that Kierkegaard is the "father" of existentialism and therefore has its logical expression in the French and German existentialists who denied God's existence, etc.
Read more
2 people found this helpful
Report abuse

K. Steckert
4.0 out of 5 stars A different perspective of Kierkegaard
Reviewed in the United States on 3 October 2016
Verified Purchase
The book was not what I was expected. While Tietjen does give his reasons for describing Kierkegaard as a Christian missionary to Christians, I do not get the feeling the book is as much about Kierkegaard, which is what I was expecting, as it is how Tietjen finds Kierkegaard support Tietjen's beliefs. This does not make it a poor book, and I came away with a different understanding of Kierkegaard than I had before reading the book, but it is not a book about Kierkegaard as the title would suggest.

As a result of reading this book, I am now reading Kierkegaard's book "Practice in Christianity." What I was exposed to in this book that receives little, to no attention from my understanding of Kierkegaard before is that there is a good bit of Christian orthodoxy to Kierkegaard's beliefs. He is more than a philosopher; his philosophy is shaped by his faith. While I picked up on that from having ready "Fear and Trembling" several years ago, this book referenced several books by Kierkegaard I was unfamiliar with that display more of his faith.

If you have understood Kierkegaard as more of a philosopher apart from his faith in God, I recommend this book for gaining a fuller understanding of Kierkegaard. As I noted at the beginning, be aware it is not a book about Kierkegaard in the normal sense, but it will give some perspectives that are not the norm, but I believe have a good deal of accuracy. Kierkegaard strongly challenges what faith is, but as I understand him in both "Fear and Trembling" and "Practice in Christianity," it is because it is the life he finds the fullest way to live. And this book by Tietjen shows this side of Kierkegaard quite well.
Read more
3 people found this helpful
Report abuse

Scott McIntosh
5.0 out of 5 stars Helpful
Reviewed in the United States on 20 February 2020
Verified Purchase
Great
Read more
Report abuse
See all reviews
Get FREE delivery with Amazon Prime
Prime members enjoy FREE Delivery and exclusive access to movies, TV shows, music, Kindle e-books, Twitch Prime, and more.
> Get Started
Back to top
Get to Know Us
Make Money with Us
Let Us Help You
And don't forget:
© 1996-2020, Amazon.com, Inc. or its affiliates