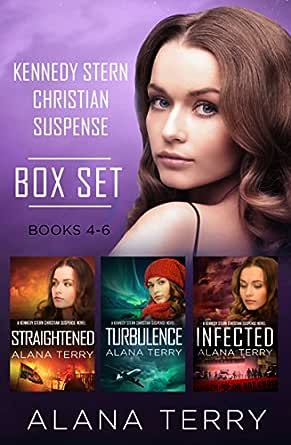 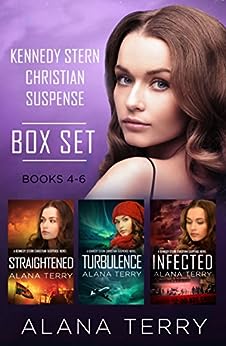 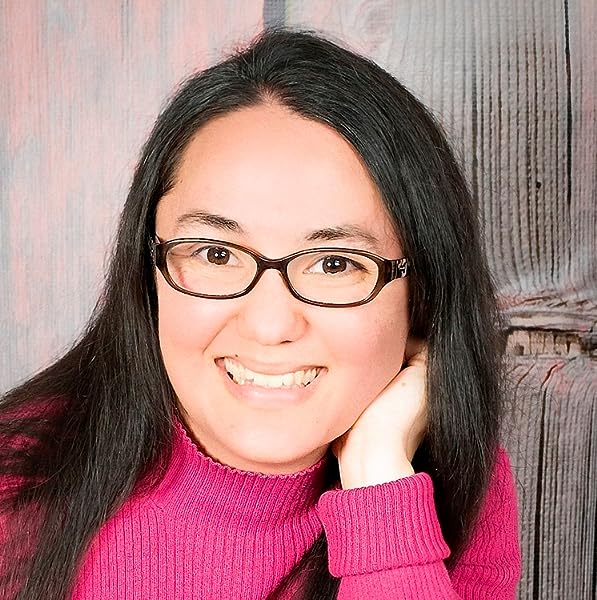 Missionary kid Kennedy’s second year of college is filled with even more suspense, danger, and page-turning excitement than the first.

Back on campus at Harvard University, Kennedy finds herself enmeshed in a murder investigation when the son of a conservative politician comes out as gay. Tensions fly even higher when Kennedy hops on a plane bound to Alaska for Christmas break - a plane that might never reach its destination. And just when she’s ready for a respite from all the terror and trauma, she’s trapped in the middle of a hospital lockdown during a global epidemic.

Through it all, Kennedy learns to cling to her faith in God and let go of some of her previously held notions about what it means to be a fruit-bearing Christian in contemporary society.

The Kennedy Stern Christian suspense series tackles controversial issues facing the church today and brings them to light in a way that encourages questions and fosters discussions without ever turning preachy or heavy-handed. Find out why readers from all denominations, all walks of life, and all sides of the political spectrum are devouring this thought-provoking series from edgy Christian fiction author Alana Terry, who has won awards from Women of Faith, Grace Awards, The Book Club Network, Readers’ Favorite, and many others.

nomes
5.0 out of 5 stars Loved them all
14 October 2017
Format: Kindle EditionVerified Purchase
What is not to love about these books
It suspense with Christian theme just what i love thank you for writing these types of bookes

Addicted to Reading
5.0 out of 5 stars Wonderful
3 July 2019 - Published on Amazon.com
Verified Purchase
I had a hard time getting anything done! The stories had some believability issues, but were captivating anyway. I will read again!
Read more

Isabellafaith
5.0 out of 5 stars Great book
13 March 2019 - Published on Amazon.com
Verified Purchase
I love all the great uplifting positive outlooks that are written even in times of sorrow we can be thankful.
Read more

B. M. Gray
5.0 out of 5 stars I liked it
13 October 2017 - Published on Amazon.com
Format: Kindle EditionVerified Purchase
If you like Christian fiction, you will love this. A lot of suspense, but one does wonder how one girl can have so much trouble.
Read more

Bobandsuecraig
5.0 out of 5 stars Worth you time to read!
14 May 2019 - Published on Amazon.com
Verified Purchase
Love this book.
Read more
Go to Amazon.com to see all 10 reviews 4.5 out of 5 stars
Get FREE delivery with Amazon Prime
Prime members enjoy FREE Delivery and exclusive access to movies, TV shows, music, Kindle e-books, Twitch Prime, and more.
> Get Started
Back to top
Get to Know Us
Make Money with Us
Let Us Help You
And don't forget:
© 1996-2020, Amazon.com, Inc. or its affiliates