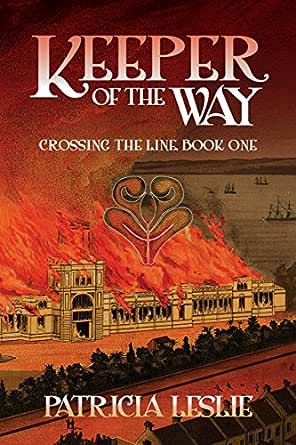 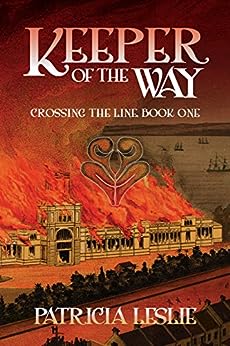 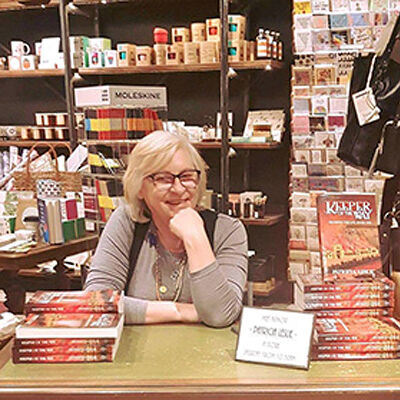 Keeper of the Way (Crossing the Line Book 1) Kindle Edition

Patricia Leslie is an Australian speculative fiction writer blending history, magic, and fantasy in novels that explore hidden and untold stories, giving a voice, through fiction, to those in our past who have until now been rendered voiceless (in the history books anyway). Patricia hails from southern Sydney where she fills her fast emptying nest with books, writing projects, and two chickens named, Edna and Valerie. --This text refers to the paperback edition.

Isobel Blackthorn
5.0 out of 5 stars For lovers of historical fiction, magic realism and urban fantasy alike.
Reviewed in Australia on 25 June 2018
Verified Purchase
From the opening scenes, Leslie takes the reader back to the ancient customs of the Scottish highlands while making full use of Scotland's tempestuous weather as Lord Algernon Benedict sets off for the Isle of Skye to find out what happened to his great-grandfather who disappeared after reaching the shores of Loch Slapin. Three decades later, in Sydney in 1879, Rosalie Ponsonby wanders through The Garden Palace in the Botanical Gardens on the eve of an international exhibition. There she pauses to observe the statue of Queen Victoria. She's the proprietor of The Garden Arms and she's a witch.

Much of the action plays out in the The Garden Arms. Here, Leslie creates a homey feel, female and strong. The story unfolds from multiple viewpoints, the reader sharing in the perspectives of Algernon, his son Clement, Rosalie and her daughter, Florentine. All the characters, major and minor, are well-crafted and convincing. The pace is slow but never falters. Sydney in the late 1800s is brought to life with evocative and sharply crafted descriptions. The writing style suits the era yet avoids flowery writing or laboured sentences.

"The Botanical Gardens were a forest of trees and shrubbery, drawn from England and forced into a lifetime of servitude on the other side of the world where winter was as summer in their homeland."

Through such prose Leslie provides a portrait of the emergence of Australian society in Sydney, a bustling southern city delightfully tinged with decadence, receiving waves of migrants as its indigenous population is thrust aside. Leslie handles this transition with sensitivity and insight.

Descriptions of fantastical transfigurations are portrayed with equal finesse. The reader is lured into magical realism, the transfixed observer. Grimoires, incantations, invocations, sigils and demonic spirits infuse the historical narrative, as the ancient ways of witchcraft - healing and life-giving - are pitted against a male counterpart that is dark and destructive.

In all, Keeper of the Way is a pleasurable read from start to finish.

Read more
One person found this helpful
Helpful
Report abuse
See all reviews
Back to top
Get to Know Us
Make Money with Us
Let Us Help You
And don't forget:
© 1996-2021, Amazon.com, Inc. or its affiliates