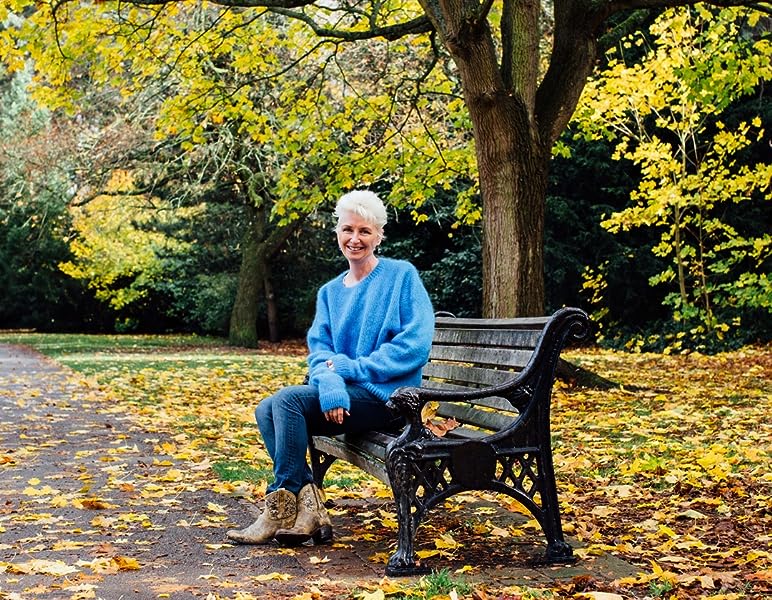 by Ruth Hogan (Author)
4.4 out of 5 stars 2,729 ratings
See all formats and editions
Sorry, there was a problem loading this page. Try again.

"Hogan's writing has the soothing warmth of the cups of cocoa and tea her characters regularly dispense...old-fashioned storytelling with a sprinkling of magic."--Kirkus

"A beautiful story of love, loss, and the redemptive power of friendship."--Catherine Hall, author of The Proof of Love

"From the attention-grabbing opening paragraph, to the joyful conclusion, Ruth Hogan has stirred together a charming fairytale in which the people may be more lost than the things; and generosity and compassion may be the key to finding a way home. Also there are dogs. Delightful."--Helen Simonson, author of The Summer Before the War and Major Pettigrew's Last Stand

"Hogan's first novel reveals how even discarded items have significance and seemingly random objects, people, and places are all interconnected."--Booklist

Anthony Peardew is the Keeper of Lost Things. Once a celebrated author of short stories, now in his twilight years, Anthony has sought consolation from the long-ago loss of his fiancée by lovingly rescuing lost objects--the things others have dropped, misplaced, or accidently left behind. Realizing that he's running out of time, he leaves his beautiful house and all the collected treasures to his unsuspecting assistant, Laura, the one person he trusts to fulfill his legacy.

Recovering from a bad divorce, Laura is in some ways one of Anthony's lost things. But when she moves into his lovely old Victorian mansion, her life suddenly begins to change. Anthony's final wishes set in motion a most serendipitous series of encounters as Laura sets out to realize Anthony's last wish: reuniting his cherished lost objects with their owners.

With an unforgettable cast of characters that includes a teenage girl with special powers, a handsome gardener, a fussy ghost, and an array of irresistible four-legged friends, The Keeper of Lost Things is a heartwarming read about second chances, endless possibilities, and joyful discoveries.

Ruth Hogan describes herself as a "rapacious reader, writer, and incorrigible magpie" whose own love of small treasures and curiosities and the people around her inspired her first novel. She lives north of London.

4.4 out of 5 stars
4.4 out of 5
2,729 global ratings
How are ratings calculated?
To calculate the overall star rating and percentage breakdown by star, we don’t use a simple average. Instead, our system considers things like how recent a review is and if the reviewer bought the item on Amazon. It also analyses reviews to verify trustworthiness.

Ananya Bhakat
4.0 out of 5 stars Enjoyed reading it!
Reviewed in India on 11 November 2019
Verified Purchase
I thoroughly enjoyed reading this book. The short stories about the missing items are unusual and interesting. It just goes to show how every lost thing has so much to tell! Even Laura, Freddy and Sunshine were lost people who found each other. It is amazing how everything comes together at the end. I will definitely recommend this book to every age and genre of readers.
Read more
Report abuse

Dutch Girl
5.0 out of 5 stars A Tapestry of Love
Reviewed in the United States on 31 July 2017
Verified Purchase
I normally don't write reviews because I'm not particularly good at doing so. In this case, however, I so thoroughly enjoyed this book that I'm making the attempt in the hopes of encouraging others to read it. The book is charming, has a bit of mystery to it plus a ghostly presence, and it's like life itself---there are things that will make you happy and things that will make you a bit sad because the characters become real to you. The story is a bit of a tapestry in that it weaves together various threads of the stories of various people's lives to create a beautiful "garment." I did feel the book wrapping itself around me and felt I could "wear" the story because it made me see how people and things in my own life form a pattern, too. I highly recommend this book to anyone who appreciates gentle stories with an ultimate happy ending. The theme is love for others, animals, and yourself; and I'd like to share that feeling with other readers. I do hope this author will continue writing and providing such wonderful books to read.
Read more
460 people found this helpful
Report abuse

Goldie
5.0 out of 5 stars Five Stars
Reviewed in Canada on 10 April 2018
Verified Purchase
Lovely story
Read more
Report abuse
See all reviews
Back to top
Get to Know Us
Make Money with Us
Let Us Help You
And don't forget:
© 1996-2021, Amazon.com, Inc. or its affiliates